Zips Bossy Chip Has Earned Most Points in AQHA History 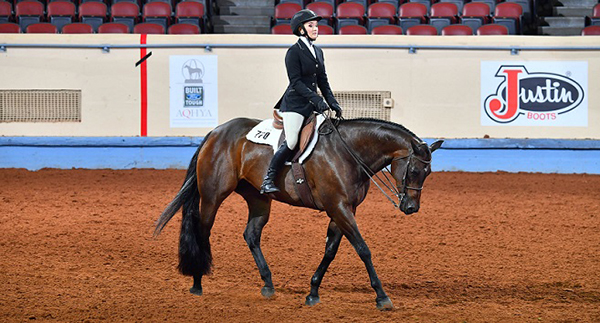 Zips Bossy Chip has earned 6,039.5 points in AQHA youth and open competition combined through May 2019. She continues to accrue points with her owner, 18-year-old Ellexxah Maxwell of West Mansfield, Ohio.

Zips Bossy Chip is a 2008 bay mare by UK Mito Boss. She was bred by the University of Findlay in Findlay, Ohio, and is out of the Jessies Fancy Chip mare Suzies Fancy Chip. Maxwell purchased the mare in 2011, and they earned their first AQHA points together shortly thereafter.

“I think I’ve talked about the records so much that I don’t have words to describe it anymore,” Maxwell said. “I remember the tiny horse she was when we tried her at Findlay. I thought I would only ride her a few times. She gave us phenomenal performances and I didn’t expect her to be what she ended up being. I remember thinking, ‘There’s something about this horse that is different.’ ”

Maxwell is a graduate of Ohio Connections Academy, an online public school. She competes in the Interscholastic Equestrian Association with the Autumn Rose team and on the Ohio Quarter Horse Association NYATT team. She is eligible to compete in the youth division until the end of 2019.