World’s Best Rodeo Athletes Will Compete in TX on March 2nd For $2 Million Purse- Check Out the Lineup! 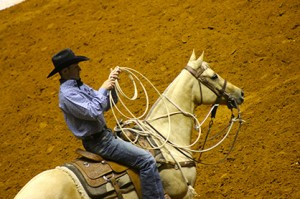 OMAHA, Neb. – The world’s best cowboys and cowgirls, in seven different events, have accepted their invitation to compete in RFD-TV’s THE AMERICAN presented by Polaris RANGER. All the athletes have accepted their invitation, except two who are out of competition due to injuries. The best of the best will get the opportunity to face off in the arena for the world’s richest one-day rodeo and their chance at $2 million.

“THE AMERICAN sends their best, for a speedy recovery to both Wes and Shane and we know that both are outstanding competitors and will be back in the arena soon,” said Randy Bernard, president and CEO of Rural Media Group. “We know they were both excited to participate in this industry changing event but getting on the road to recovery is more important long term.”

Athletes who will compete at RFD-TV’s THE AMERICAN:

RFD-TV’s THE AMERICAN Presented by Polaris RANGER will take place on March 2nd at AT&T Stadium in Arlington, Texas. Tickets are on sale and prices range from $20 to $150, not including taxes. They can be purchased at the AT&T Stadium Box Office, all Ticketmaster locations and online at www.americanrodeo.com.