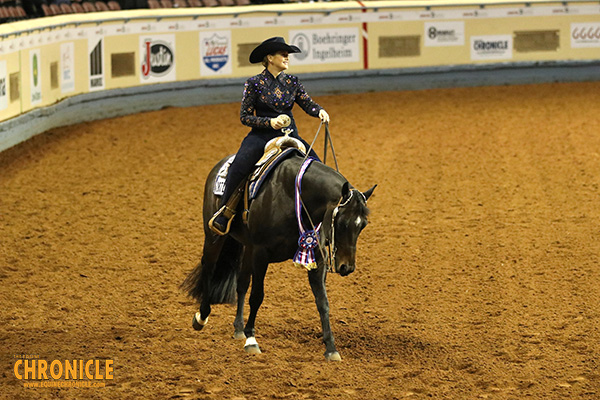 Whitney Vicars piloted her trusty 13-year-old gelding named “Gunner” to win Amateur Horsemanship tonight at the AQHA World Show. Whitney has won this class in the past with a former horse, Dress This, and this is her third time winning with Gunner. Given the talented, young competitors that have transitioned out of youth and into the amateur ranks this year, Whitney had a slightly different game plan going into tonight’s finals.

“I wanted to try to increase my speed little bit more than I had in the past, just to set myself apart and keep up with the great competition in the class today,” she says. “But, I’ve always felt like smoothness has been my signature, so I didn’t want to lose my smoothness by going too hard. The plan was also to stay correct and out of the penalty box, but it’s the World Championship, so you might as well go for it.” 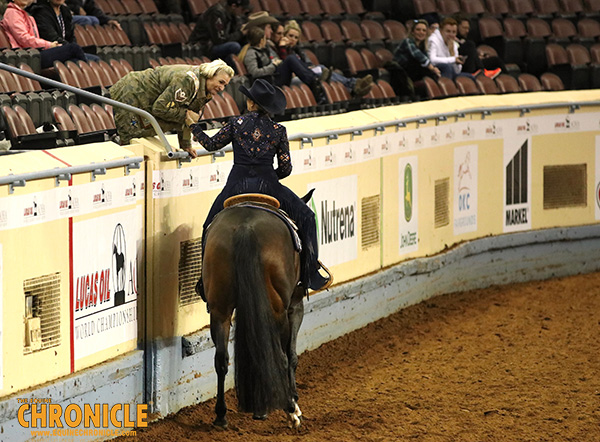 In addition to a complex pattern with plenty of difficult maneuvers, Whitney and Gunner also had to face the prospect of completing them without stirrups. “Most of the time, when we do no stirrups, it’s during rail work, so when I saw that we had to do the pattern with the spins and lead change without stirrups I was thinking that I needed to brush up on it. I did and it worked out ok. I think it was fun. It’s not the very first time we’ve done it at the World Show, but it’s a newer maneuver.”

Assisting Whitney with preparing Gunner for today’s class was her father, Bruce Walquist, and her husband. “It’s a family affair,” she says. “My dad has taught me everything I know. I wouldn’t be where I am today without him, that’s for sure. Sometimes, he says that I don’t need him anymore, but I always need him. He’s taught me about preparing horses, showing, trying to keep my head in the game, trying to be mentally ready, and having my horse physically ready. My dad always encourages me and gives me confidence, but he’s always the first to tell me something to work on too. We never believe we’re perfect and that we’ve arrived. There’s always something that can be better.” 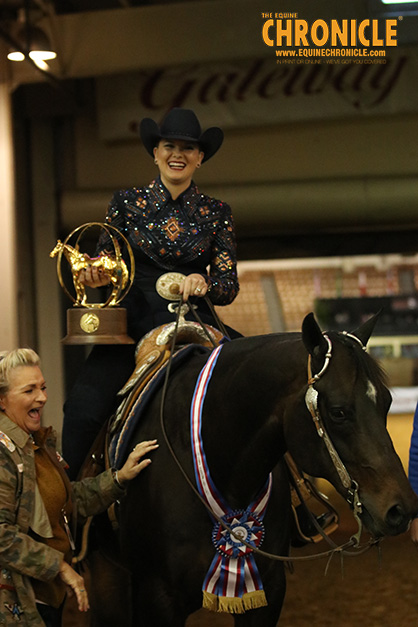 Coming up next, Whitney and Gunner will compete in Trail and Showmanship tomorrow, but her favorite will always be Horsemanship. “I think it’s a really fun class with the speed changes and spins. When you have a really good pattern in Horsemanship, I feel like it’s an adrenaline rush.”

Looking towards the future, Whitney’s will definite have Gunner in it. “He has a very big piece of my heart. I’ve been fortunate to have had a lot of nice horses that God has brought in my path, but I feel like we have a very special bond. I always say, that when I ride him, I feel like God made his back for my bottom.”

The Reserve Champion was Natalia DeVencenty with Moonlite Madnez. Third was Angela Fox with HP The Rusty Fox. Fourth was Angela Wade with The Perfect Kryme. Fifth was Carey Nowacek with Lethals Hot Weapon. 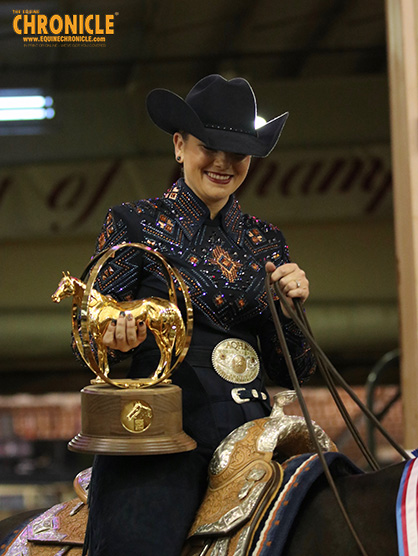 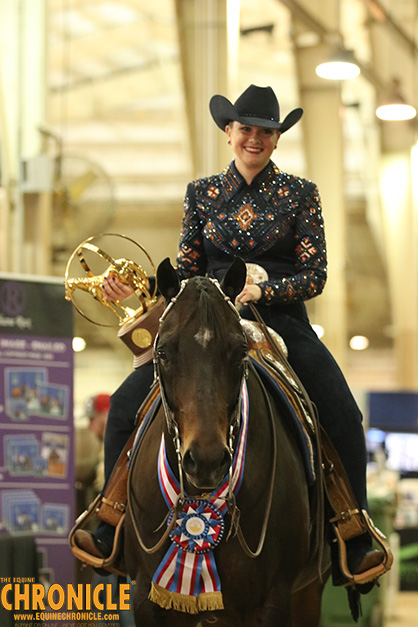 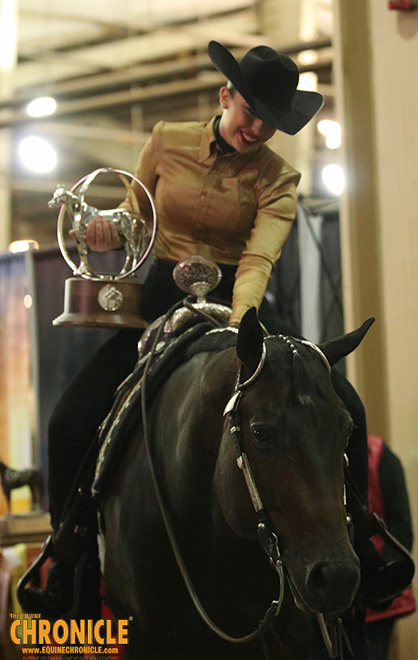 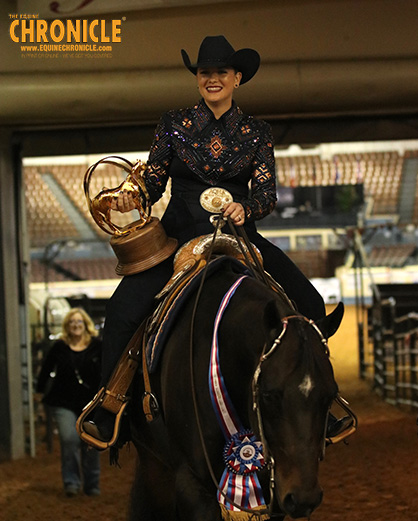 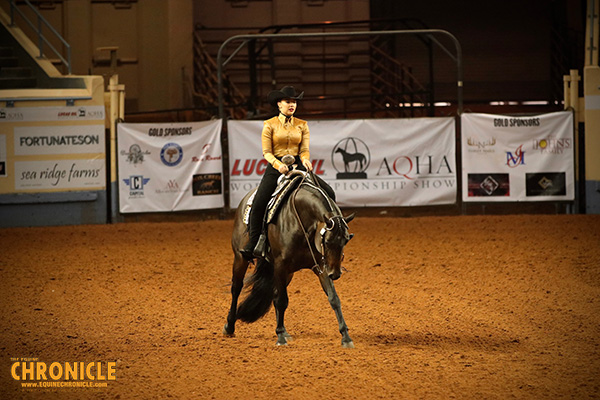