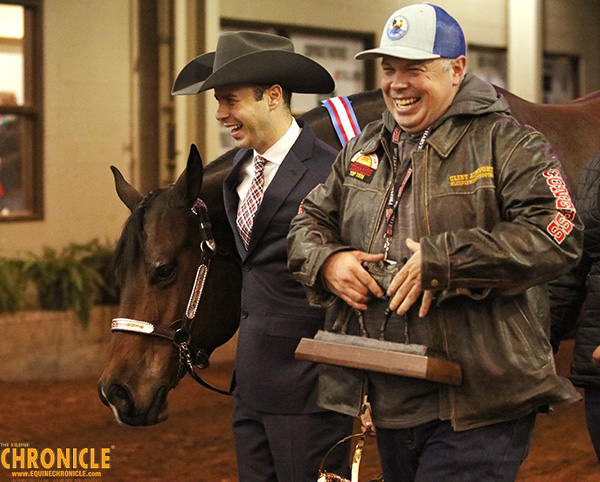 They say that the third time is a charm; but, for Tony Anderman and Solo Invested, every time has been pretty magical. The dynamic duo won Amateur Showmanship at the 2019 AQHA World Show for the third time in a row, with a few Congress Championships sprinkled in as well.

We wondered if Tony feels any pressure coming into a major event like this considering that fact that he has so many titles to his credit in this particular event. “There’s always pressure,” he says. “I feel pressure at regular weekend horse shows to always live up to a certain standard; but, at these shows, I really try to have confidence in my preparation and in my horse and my team that we’re going to be ready. There’s definitely some nerves you have to deal with, but I think acknowledging that you have them helps. 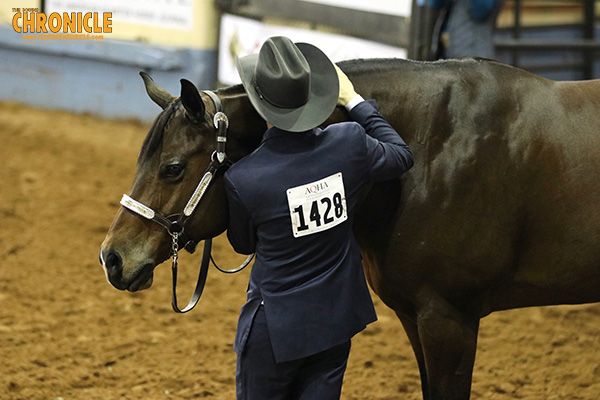 For today’s pattern, Tony and his 15-year-old gelding “Mac,” focused on streamlining their transition work to gain the maximum number of bonus points possible. “There were a lot of shapes and transition work, so we wanted to make sure that his body was where it needed to be, that he didn’t drop a shoulder, and he traveled the pattern like he was supposed to.”

For anyone who has watched Tony and Mac in a Showmanship pattern, it’s easy to determine which is their favorite maneuver. “He travels so easily with me that the extended trot has always been something that I like to show off. Now, it’s something that I feel like has been built up to be this thing where everyone expects me to go really fast. I like to do that, but I also like to do things under control but as boldly as possible.” 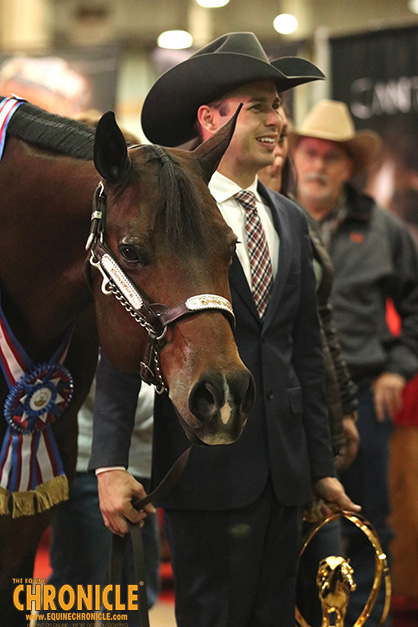 When Tony first brought Mac out of his stall this morning and started putting him through his paces, he knew that Mac had that special spark he would need for the challenging class. “Today, he had the high instinct to go but still to wait on me. It’s something that’s sometimes hard to balance in Showmanship horses. You want them to go when you say, but also they have to wait on you.”

Reserve was Kaleena Weakly with Dontskipmygoodimage. Third was Scott Reinartz with Investin A Goodbar. Fourth was Angela Fox with HP The Rusty Fox. Fifth was Whitney Vicars with Southwestern Gunman. 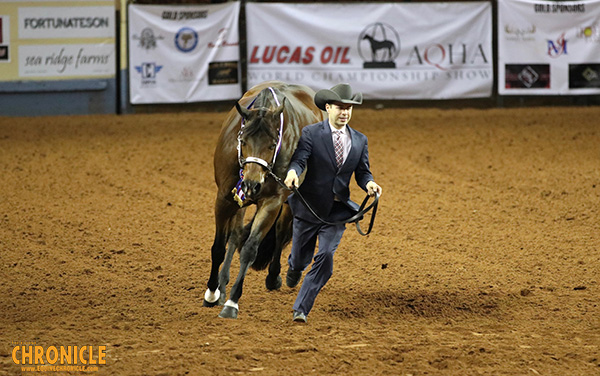 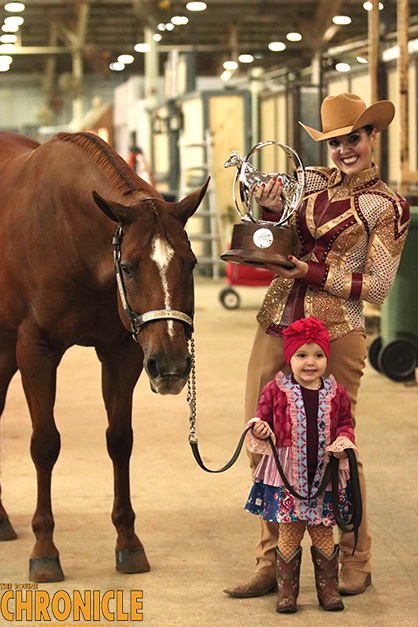 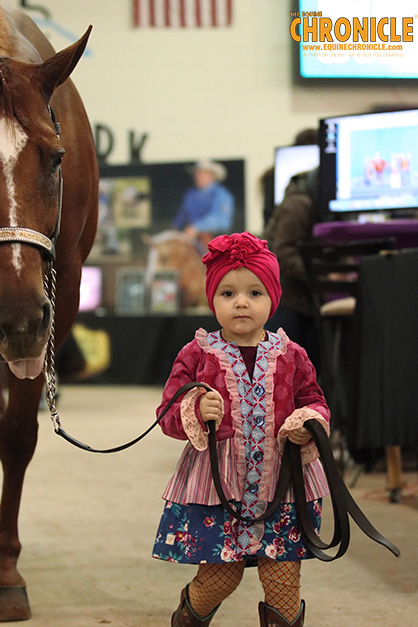 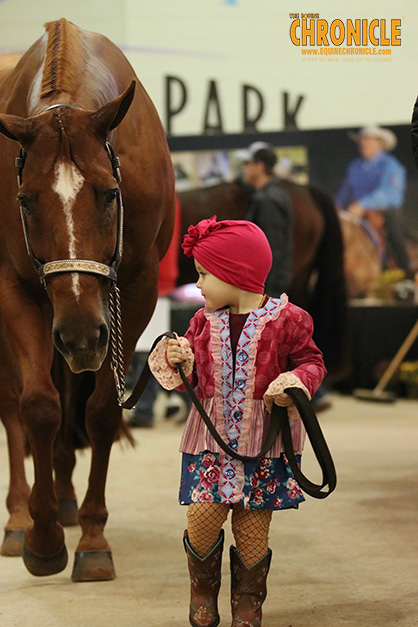 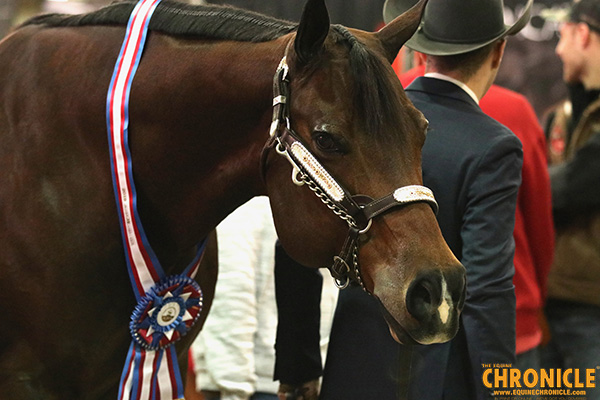