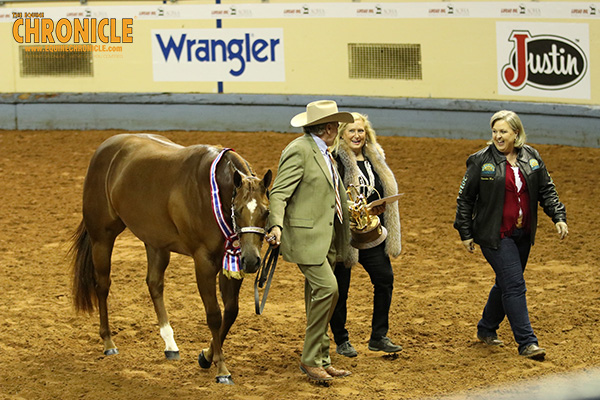 Today’s Halter classes have crowned a number of World Champions at the AQHA World Show.

First, the winner of WCHA Weanling Colts was JT Mitchell with FG Speachless for Terry Bradshaw. The Reserve Champion was Karen Torrice with He Is The Exception. Third was Brenda Porter with Gotta Ante Up. Fourth was Randy Jacobs with Ikonic Rock. Fifth was Erin Mask with Ima Kool Red.

Tom Robertson was at the lead of Apleezing for Christine West in Yearling Fillies. The Reserve Champion was Ross Roark with Dimplez. Third was Tim Finkenbinder with Pretty Charming. Fourth was Luke Castle with FG Mesmerized. Fifth was JT Mitchell with Caught Ya Lookn.

After purchasing and showing Mister Over Easy this year, Christine West quickly realized that when you have two, twin daughters, you need two horses! “Tom found Ruby at Terry Bradshaw’s place,” Christine says. “She’s a PF Premo. We have Mister Over Easy, but my daughters are twins, so we had one horse and needed another. We wanted a mare, and she has a wonderful disposition.”

“Ruby is tremendously balanced with a lot of depth of body,” Christine says. “She’s very correct on her legs, and she moves great. She’s really coming together and starting to fill out as she becomes more mature.” 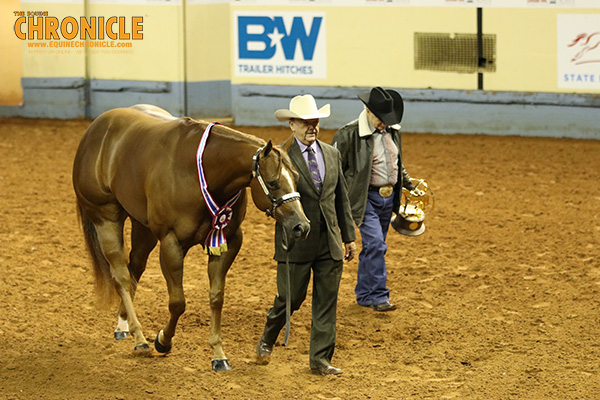 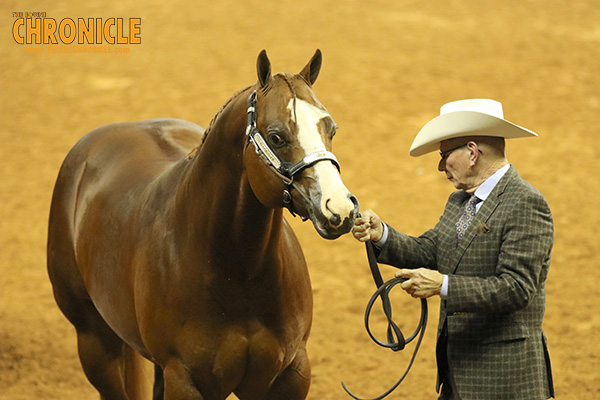 Ted Turner was at the lead of Ese A Looker to win 3-Year-Old Stallions for Steve Jensen. Just yesterday, Steve led the stallion to win Amateur 3-Year-Old Stallions. The Reserve Champion was Dewey Smith with Obviously Preplanned. Third was Buddy Laney with FG Rising Star. 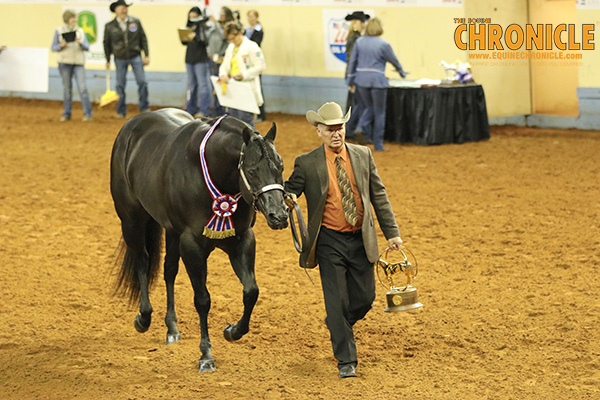 “Epic” is a 4-year-old stallion that Holly has owned for two years. “He’s big and beautiful, those are his obvious qualities, but I love his personality,” she says. “He’s just a puppy dog to be around. You can pet on him, and he hangs his head down and wants to be loved on. I just don’t think you see that in many stallions.” 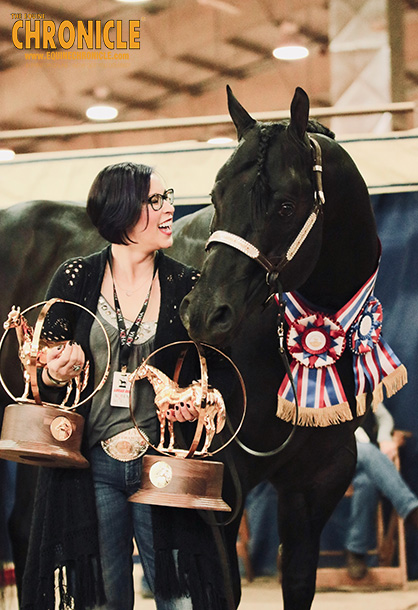 Holly has had Epic in training with Chris Arentsen this year, and they’ve already done a few test breeds. “The babies are beautiful. There’s this one that looks exactly like Epic. He’s coal black and has a white star in the middle of his forehead. He came out looking like show horse. The people who bred him said it’s the best baby they’ve ever bred. I’m super excited. I want one, and I want to show it!”

Just a few weeks ago, Epic was Reserve in Open and Amateur at the Congress. Last year, he won Amateur 3-Year-Old Stallions and was Reserve in the Open. To come away with two wins at this World Show is a dream.

“I was so psyched! The whole [fan club] is here. My mom and dad are here, and my brother is usually here, but he had school. The whole Woodson family was here and even all my Ranch Sorting friends have been texting and saying they saw us on the Jumbotron!” 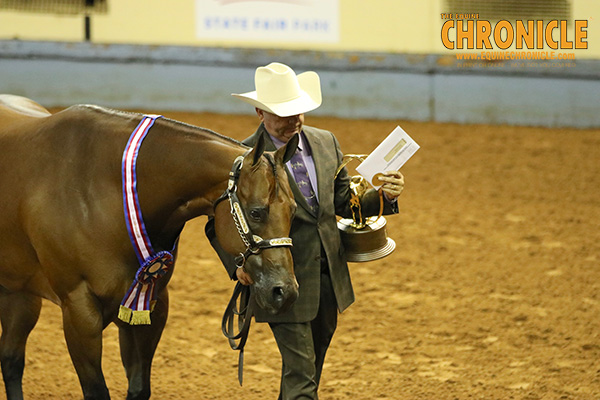 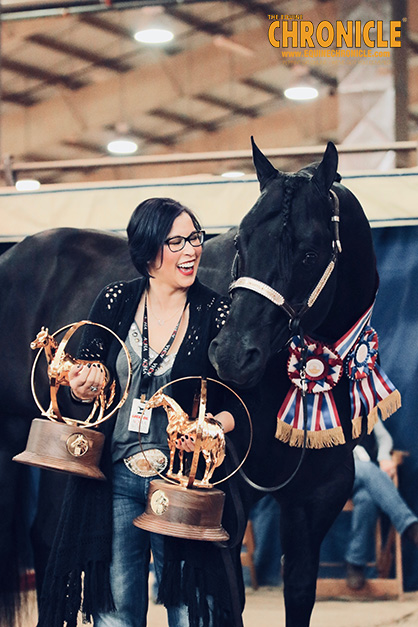 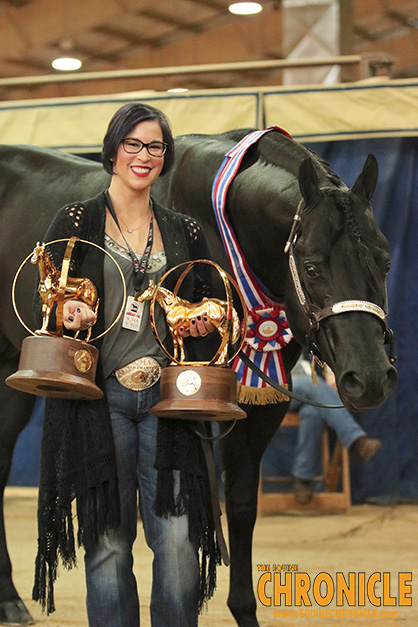 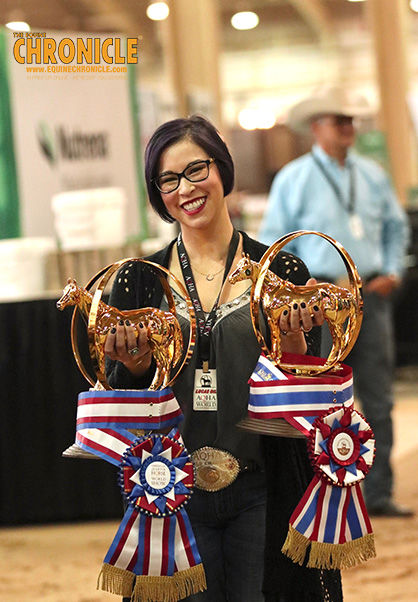 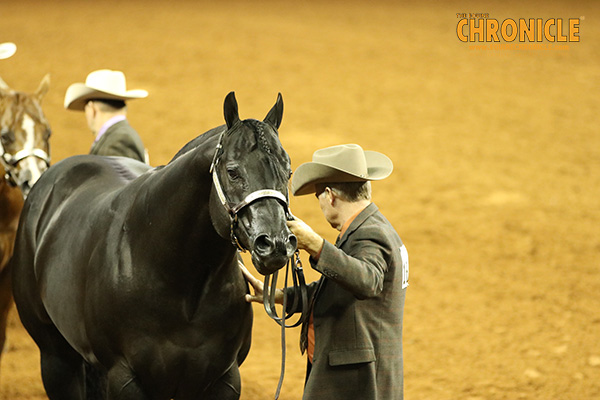 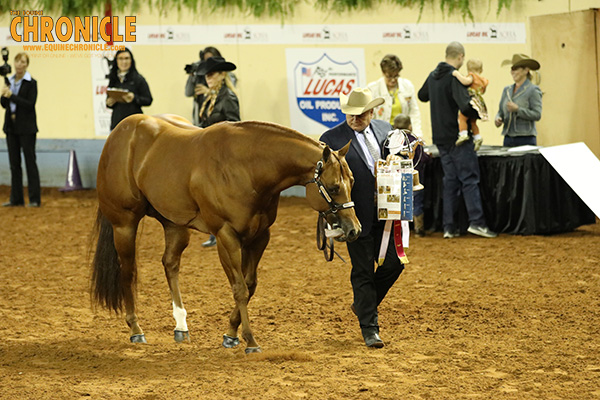 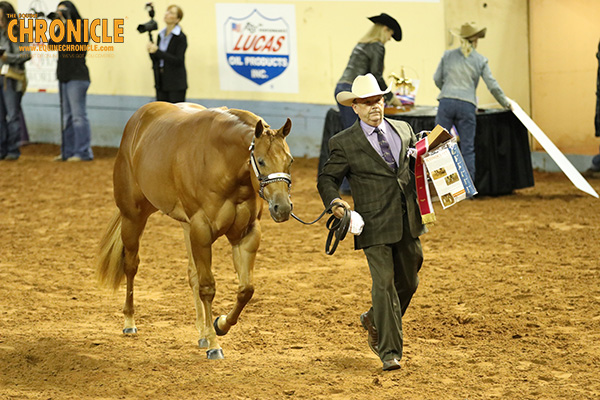 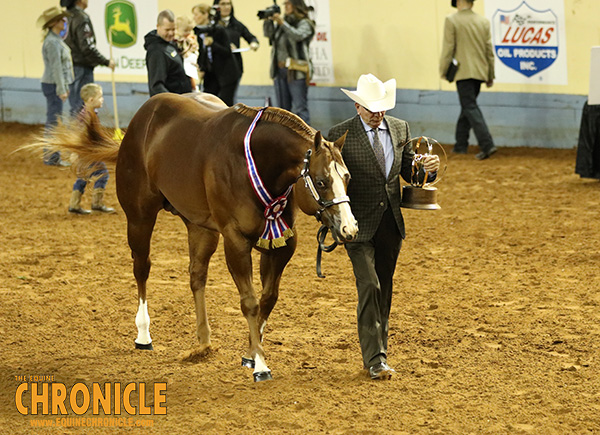 Ted Turner with Ese A Looker