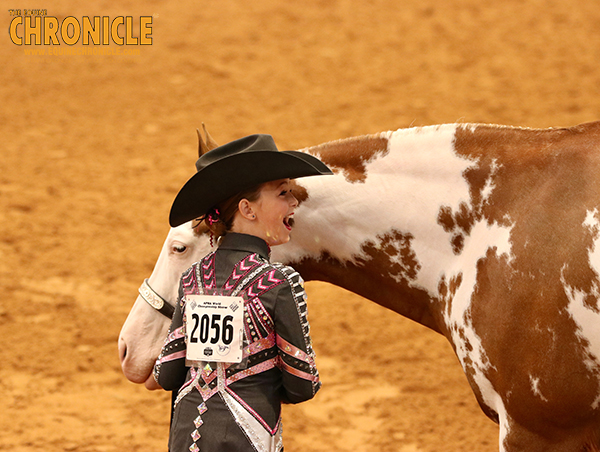 This was 10-year-old Izzy’s first World Championship win with her 9-year-old gelding named “Rocky” and she was completed surprised at the result. She’s been showing horses since she was five years old, but has only had Rocky for the past two years. They compete under the guidance of Chad and Shane Christensen, who propose that “confidence” is a very important aspect of Showmanship. 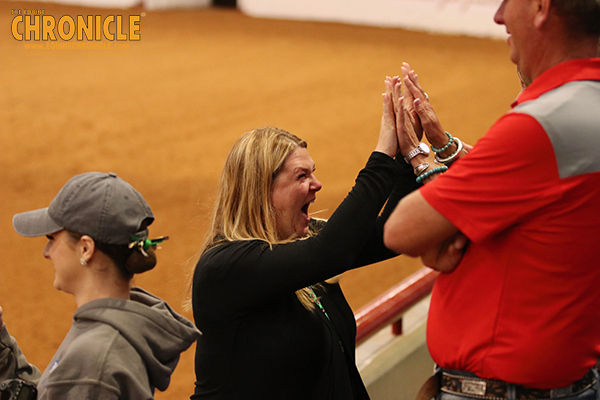 “Our back was my favorite part, and I liked when we trotted up to the judge, stopped, and backed. I also liked the trot at the end,” Izzy says.

Izzy and Rocky have already competed in Hunter Under Saddle and Equitation, so now they will embark on a Western journey to show in Trail, Western Pleasure, and Horsemanship. “My favorite is Trail. I like it, because it’s harder, and I like going over poles and obstacles.” 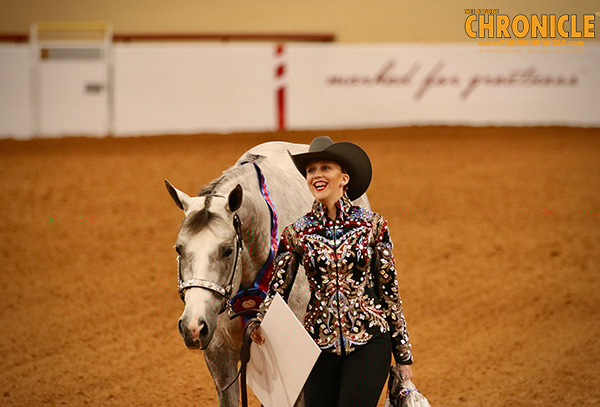 Kaylynn Heitman led Hunting Blue Skies to win 13 and Under Showmanship. The Reserve Champion was Kendal Fellegy with One Graceful Krymsun. Third was Riley Francis with All For Me. Fourth was Ade Kallay with Gotta Be Sensational. Fifth was Avery Mortman with Hes Just A Touch More.

Samantha Stubblefield and Even More Sensational were the repeat winners in 14-18 Showmanship once again this year. Not only that, but they were the unanimous champions. “I think I put a lot of pressure on myself; but, when I went in there, I tried to lay down the best pattern that my horse and I could and give it my best shot.” 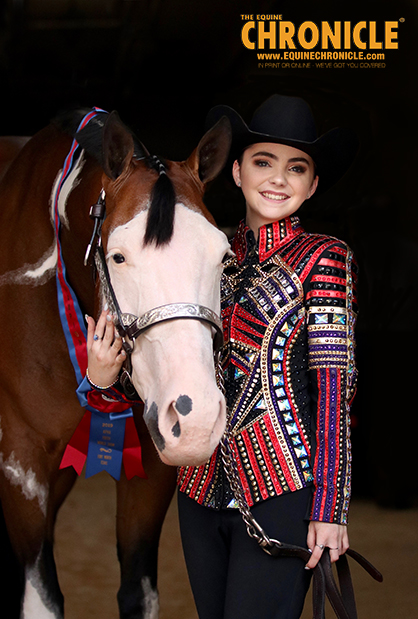 Even More Sensational, aka “Dillon,” is a six-year-old gelding that Samantha shows under the guidance of Simons Show Horses. Earlier at the show, they were third in Hunter Under Saddle and unanimously won Equitation. Up next, they have Horsemanship, Trail, Western Riding, and Western Pleasure. Of all the classes they compete in as a team, Samantha loves the challenge of Equitation and Western Riding. “I really do like the challenge and that it’s something new and different every time I go out to show.” 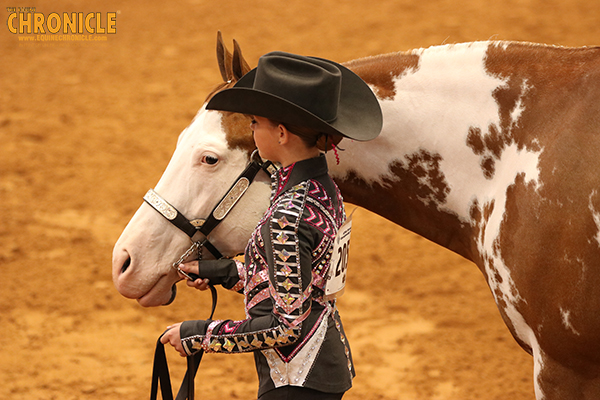 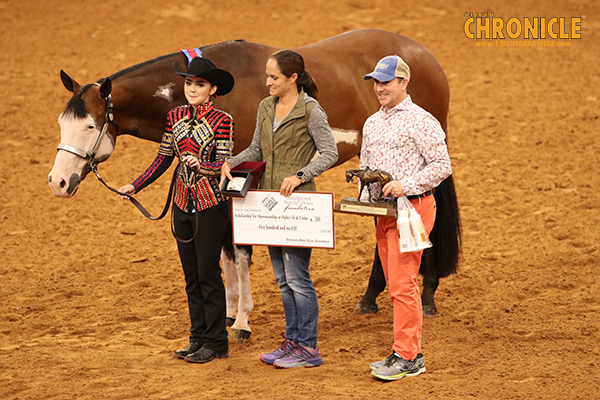 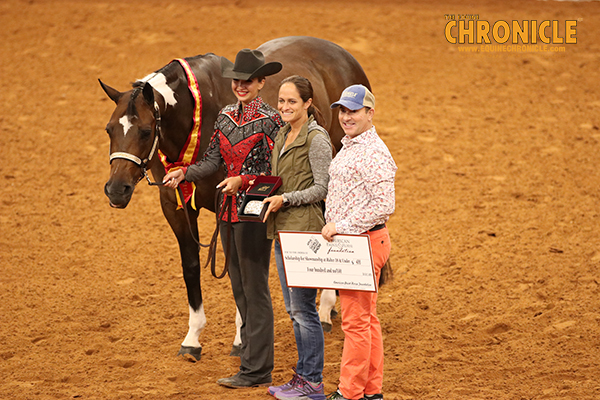 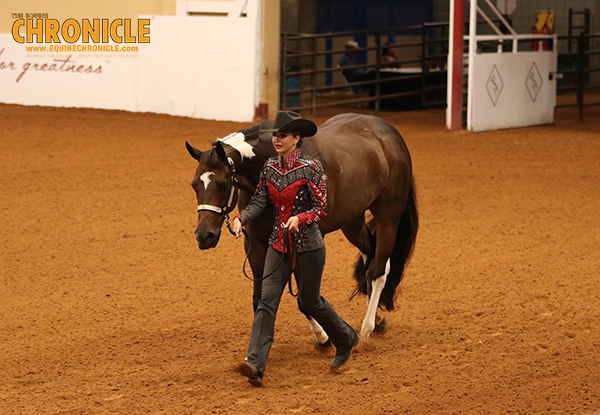 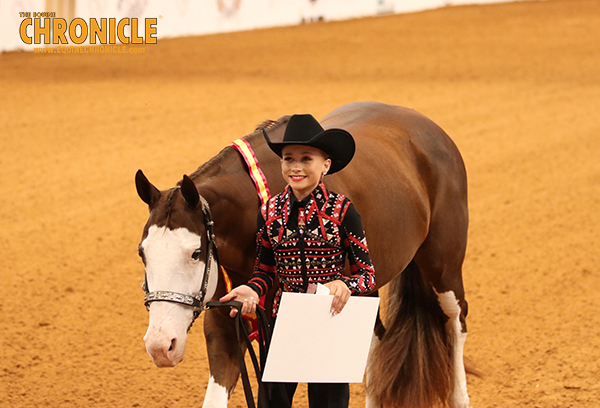 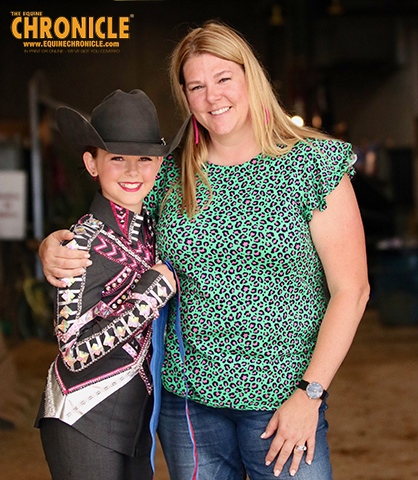 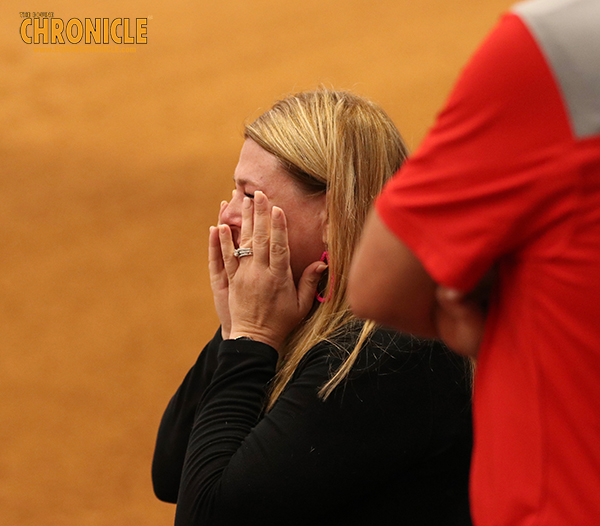 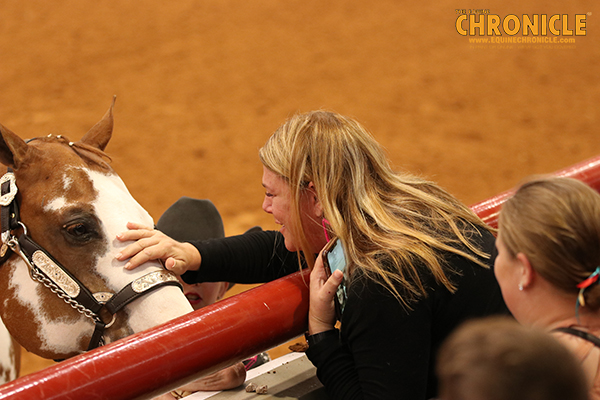