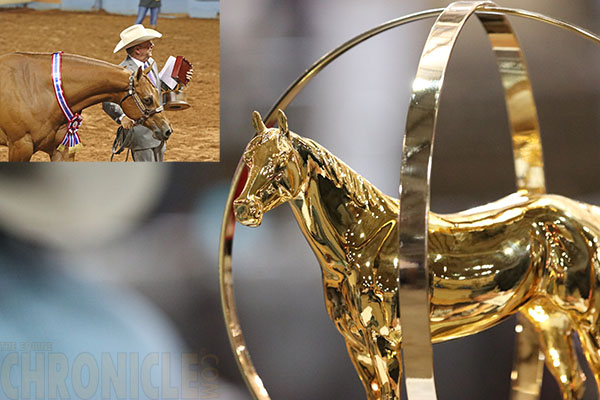 We chatted with Ross yesterday when he made history by winning a whopping five World Championship titles in one day.

We asked Ross what the common denominator was among all these horses, if there was something special in each that the judges recognized. “There is a common dominator, no doubt,” Ross says. “I think the main thing about all these horses is that they’re sound horses. They have good feet and legs. They’re balanced horses from head to tail. I think, at the end of the day, at a show this tough, of this caliber, that you must have a horse that’s balanced and is good on its legs and doesn’t have conformation issues.”

Of course, each win is special, but Ross recognized a few for notable reasons. “The win with It’s Gameday was special, because I’ve had him since he was a baby. Randy Jacobs had him and won here, when he was a baby. Then, we bought him and won several World Champion titles. He’s been with me almost his whole life. Then, Dick Donnelly raised Hez Outa The Box, so that’s always special to win with a horse you raised. That’s the same with Wayne Bell. He raised Secretist, and we made him a World Champion and then sold him to Vern Habighorst. That’s special. Then, Mark Williams bought Sheza Secret Fantasy last year at 30 days old, so to see her grow up into the filly she’s become is special. It’s all special.” 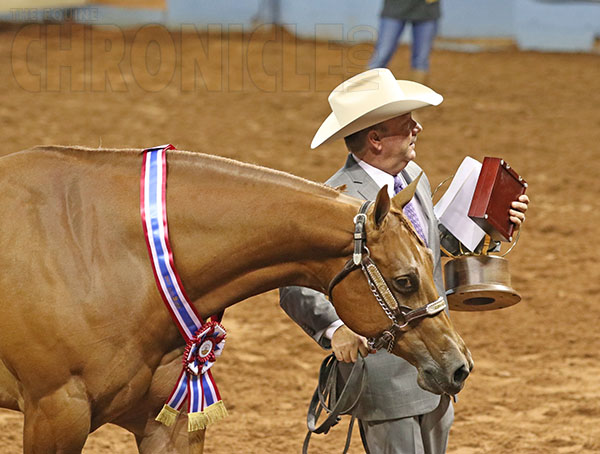 We also had the opportunity to speak with Theodore Lincoln, whose horse, Squires Famous Doll, helped Ross claim his 100th World Champion title today. Ted is hurrying home to be with his 103-year-old mother, who’s having some health issues, but who insisted he come to the World Show this year.

“She called me at a quarter to six this morning to wish me luck and to let me know that she is going to make it, that she will be waiting for me until I get home,” Ted says. “Her name is Dolly, and guess what the horse’s name is? Squires Famous Doll, and we call her Dolly!”

Ted purchased Dolly one year ago at the AQHA World Show. “I bought her a year ago at the horse show before she went in the ring in the open class with Grace Berton. I saw her out in the pen in the makeup arena and took one walk around her. I walked over to Grace and asked the price. She told me the price. I spun around her one more time, and I pulled out five hundred dollar bills and gave it to her and bought the horse as she was walking in the pen.” 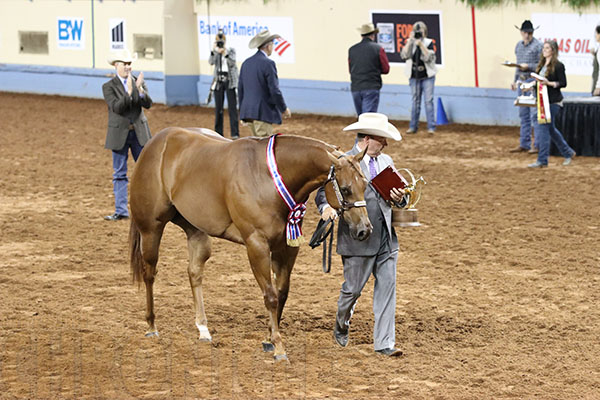 Ted knew Ross was nearing his 100th World Champion title today, but he had no idea it was so close until the final awards were presented. “The ironic deal is that I was standing by Ross’s dad as the horse tracked in. I knew Ross was close to 100, but I said I’d sure be mighty proud if he won 100 on my horse. I had no idea and then BANG there it goes. It’s a very special show.”

Squires Famous Doll is fit by Tom Robertson Show Horses, and Ted is very appreciative for all the hard work that’s been put in this year.