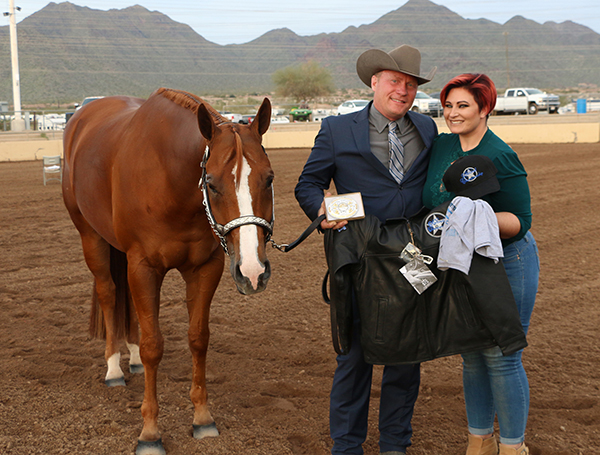 Sun Circuit will once again hold the wildly popular tournament style competitions in Horsemanship, Equitation, and Showmanship. Prizes are awarded after each round to the Sensational 16, Exceptional 8, and ultimately the head-to-head battles of The Four. Exhibitors who make it to The Four in each class and division will receive an embroidered black leather, bomber jacket. Champions will be presented with a National Championship trophy buckle. Sun Circuit is excited to have The Equine Chronicle sponsoring the National Championships for Equitation in 2020. Farnam is the sponsor of Horsemanship, while Adequan is sponsoring Showmanship.

The Final ranking List names the 64 exhibitors in each division who are eligible to participate in the Tournament at Sun Circuit. Final rankings are compiled by aggregating the individual rankings of the Ranking Committee members. This body of trainers and judges has had all year to watch and note the accomplishments of exhibitors in AQHA and APHA shows around the country. 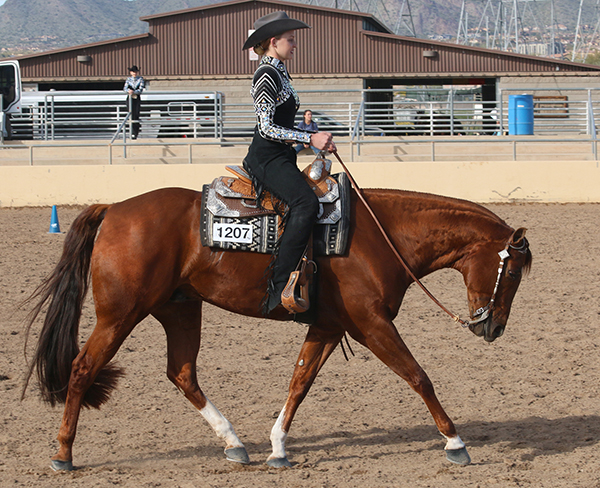 Followers of the National Championships will notice some new names in the top 25 equitation rankings. Notably, Maria Salazar holds the number one spot in Amateur Equitation. Her back-to-back Amateur Equitation championships at Congress and the World Show with her 6-year-old gelding, “Moonlightin” vaulted her to prominence among the ranking committee members. Angela Fox sits in the second spot for Amateur Equitation as she has the opportunity to come back and defend her 2019 Championship title.

Coming in at the top of the Select Amateur Equitation ranking is Gretchen Ingersoll. Gretchen had the honor of being named the Reserve Select All-Around Amateur at the AQHA Select World Show this past September. Exhibitors will have to see if she makes her way from New England to sunny Arizona to compete for yet another title. Laurel Champlin rode through the rounds making it to The Four in Select Equitation in 2019. Placing number two on the Final Rankings, she is likely to be a top contender again this year. 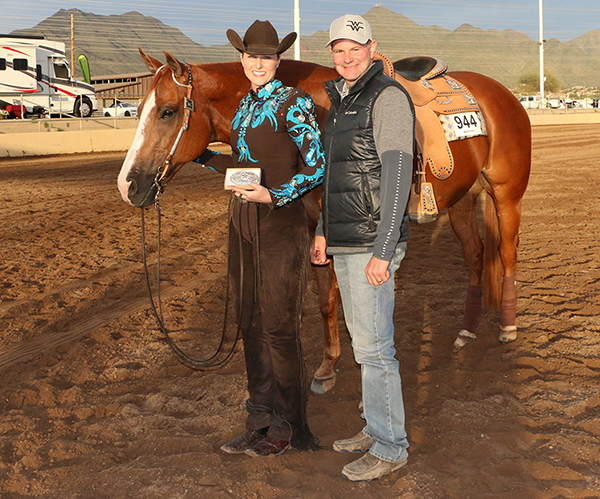 Last year’s Tournaments proved that ranking does not guarantee advancing to The Four, however. Many exhibitors rose up the ranks after spectacular Sun Circuit runs to find themselves in the head-to-head matchups. One thing is certain though. Everyone who participated in the National Championships had a lot of fun with the format. All exhibitors who made the Final Rankings list are eligible and encouraged to participate. There are no additional fees for the National Championship. However, eligible exhibitors must enter the class in the Sun Circuit Show Office.

Click on the links below to view the rankings.