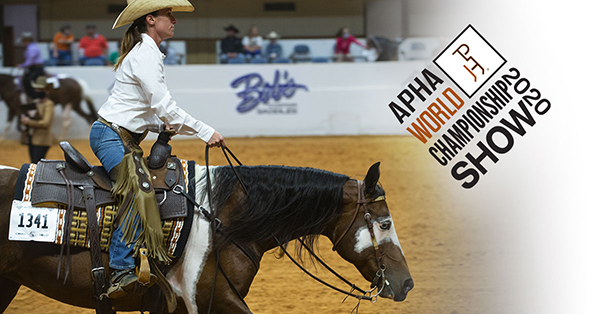 Ranch horse exhibitors helped kick off the 2020 APHA World Championship Show with a showing as solid as the well-broke, dependable horses they rode in on. These fast-growing classes are taking the show world by storm, and the sport’s popularity was evident at this year’s event.

Even in a challenging year, the APHA World Show as a whole saw big increases across the board. Champions were crowned, dreams became a reality and there were lots of reasons to celebrate. Overall, APHA World Show entries were up 12% across all disciplines with 1,536 horses competing at the event—an increase of 18.7% over the (combined) total horses in 2019.

APHA thanks everyone who believed in this show and worked together to make it a success in such an uncertain year.