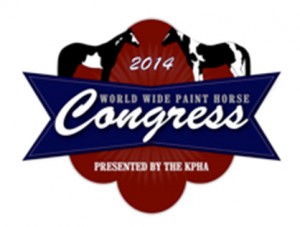 Olin Parker Show Horses of Independence, MO, is definitely a force in the halter industry. At the 2013 APHA World Show alone, Olin and Taylor Luneack prepared and showed sixteen buckle winners. Les Brown’s quote, “Help others achieve their dreams and you will achieve yours,” is a tag line APHA Professional Horseman Parker uses and it certainly sums up Olin Parker Show Horses.

“We so appreciate the continued sponsor support of Purina and Mike, Teresa & Lacy Merritt, Merritt Equine Ventures, owners of The Big Sensation,” stated Sponsor Chair Clea Bobbitt. “Returning as our official photographer is bar H Photography, Bill and Jennifer Horton. The Hortons are graciously sponsoring morning coffee and donuts throughout the show. “

Elite Stall Mats, a company formed by the creator of Rent A Stall Mat, will be offering their services in 2014. Allison Gillard, familiar to Paint Horse exhibitors, is still on board and can answer any questions: 855-MATS-200. Orders should be placed online at www.stallmatrentals.com.

“We are delighted Merial has joined us as a vendor and, especially, as title sponsor for Get of Sire and Produce of Dam,” per Trade Show Chair John Dunn. “Having Micki and The Tack Room, Inc. follow us to Tulsa is such an asset.” Early confirmed returning vendors also include Purina and O-Pa’s Sharpening.

In the Mustang Arena on July 30 and July 31, Green Country Paint Horse Club is hosting two 2-Judge shows concurrent with the WWPHC.