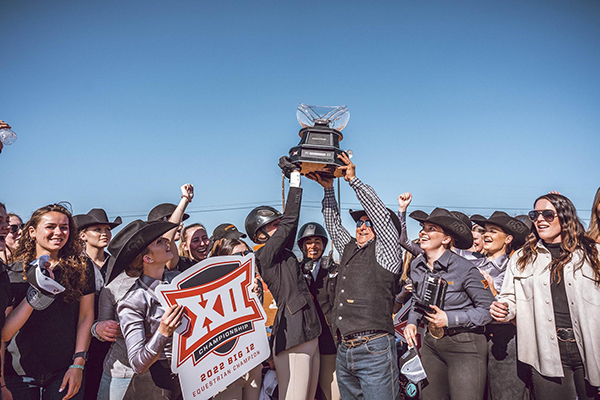 The National Collegiate Equestrian Association announced the seedings for the 2022 NCEA National Championship and Oklahoma State will enter the tournament in the first slot.

The 2022 NCEA National Championship is set for April 14-16 in Ocala at the World Equestrian Center. The Cowgirls are 12-2 on the season and enter the event fresh off their victory at the Big 12 Championship.

The Cowgirls will be chasing the seventh national championship program history and their first since 2013.

Auburn and Texas A&M follow OSU at No. 2 and No. 3, respectively, while TCU remains at No. 4 after claiming Big 12 runner-up honors.

Georgia stands at No. 5, and Baylor follows at No. 6. Rounding out the top eight are SMU and Fresno State.