NSBA Sparking the Conversation About Judging of Western Pleasure, What’s Your Opinion? 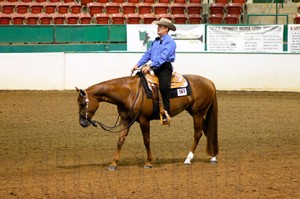 Western Pleasure is a wonderfully unique class. It may be the most important class due to the large number of participants in western events that were first introduced to the style of riding by Western Pleasure. But it is far more than just an introductory class. The relaxed presentation and the graceful movement it requires are very difficult to perfect and has become a life passion for many.

Judging of Western Pleasure has become, arguably, the most discussed judging in our industry. Many of the concerns and criticisms are simply fashionable and unfair, but many do have merit. One criticism that does have merit is winning horses that do not perform the gaits correctly. Some of our attempts to deal with this issue, although they may have been helpful, have not addressed the heart of the problem.

For example, asking exhibitors to move forward more, regardless of terminology used, helped those performing poorly while making an unfair requirement for those performing excellently. As a proactive measure, NSBA has passed a new rule for judging the performance of gaits. This new rule creates a necessary hierarchy for evaluating gaits.

NSBA has adopted an order of priority for evaluating western gaits. This hierarchy of consideration must be adhered to by NSBA judges and will be a great aid to exhibitors for how their horses should be presented. Following are the requirements in order of importance.

Concerning correctness, which is the most important element of the hierarchy. Judges must assess if the exhibitor has performed each gait correctly as defined during all or the majority of all of the class in order to have a correct or positive evaluation. For western gaits, correct includes a four beat walk, two beat jog, and three beat lope. The distinctness of the designated cadence for the gait being performed is essential.

Concerning quality, which is the second most important element of the hierarchy and can only be considered positively if the gait performance has complied with the first element of correctness. In evaluating the pleasing characteristics of a gait, among many considerations, judges must consider overall gracefulness, relaxed presentation, consistency, expression, top line, softness of movement, consistency, and length of stride, of the performance of a gait.

It may be helpful to point out this hierarchy while providing a logical way to evaluate gaits may also be adapted to many judging endeavors.

The most obvious cause of performing gaits incorrectly has been summed up by David Dellin: “We get into trouble when we consider the degree of difficulty the most important rather than the least important aspect–our don’t pass mentality.” This statement reflects the thinking of many exhibitors and judges. With this new rule NSBA has prioritized these important considerations.

Over the years, judging skills and philosophies have been passed along with many old adages such as, “don’t get your good horses beat,” or, “place ‘um like you would buy ‘um.” They tend to place the emphasis on the quality of the individual, rather than on the quality of the performance at that moment. Judging with this basis allows the horse we would want to own to place highly, even though part of its performance may be incorrect.

As an example, this horse may perform the jog so slowly it becomes incorrect and does a four-beat jog, although the lope is performed very well. Too often the best horsemen may use this horse very high in their placement of the class. They know they can easily fix the jog and this is the one they would want to own. The result is this horse with a major flaw in performance can beat horses with average or even good performances in all the gaits. Even though this is the superior horse, it must perform the best to deserve to win.

A similar analogy is the Trail horse that might turn the wrong direction or do too many turns in the box. Being incorrect should remove it from contention, but if it were to be correct, a judge would next consider the quality. How careful and willing was the performance? And lastly the degree of difficulty must be considered. How quickly and smoothly was the obstacle performed?

By NSBA requiring judges to follow the new rule, the best performance, whether or not it is the best horse, will win. As judges approach judging with the same considerations and the same order of importance, we should expect changes in how the horses are presented. Exhibitors will adapt to correctness and quality being far more important than degree of difficulty.