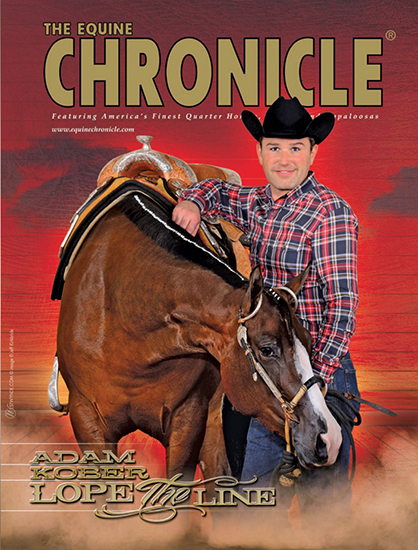 Adam Kober with Lope The Line

Keith McDonough and Mark Jensen of Palm Desert Quarter Horses and the Macbeth family wish to congratulate Kristen Galyean and family following the purchase of Lope The Line, the 2011 bay mare by Lazy Loper and out of Zipped Tight, that our readers may better recognize as “Ellen.”

For the past several years, Ellen has been competing with 13-year-old Zoe Macbeth in classes like Western Pleasure, Western Riding, and Trail. But, now it’s time for Ellen to continue her journey with another young lady, 6-year-old Gracelyn Galyean. 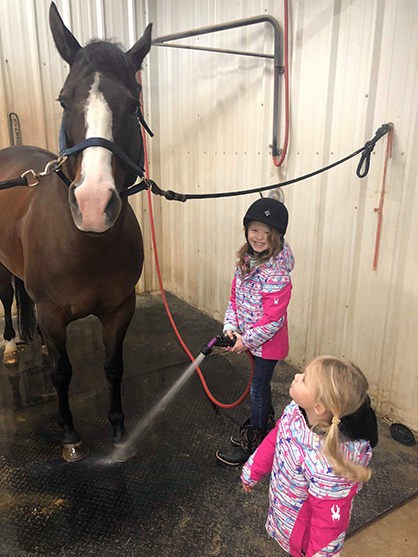 Our readers will likely remember Ellen as being featured on the cover of The Equine Chronicle with her then-owner Adam Kober in November/December of 2013. That year, Ellen took the show circuit by storm winning two Reichert Celebration Equine Sports Medicine Stakes Championships, four NSBA World Championships, two NSBA Breeders Championship Futurity wins, and two Tom Powers Futurity Championships. Adam had purchased Ellen in the Reichert Sale the previous year after being tipped off to the potential prospect by trainers, Rusty and Katie Green.

“Katie had actually seen her in a pasture the previous spring,” Adam said. “She pulled her car over, crawled under the fence, and took pictures. She said [the mare] was always in the back of her mind. Donna Morgan bred her. She’s out of Zipped Tight [Zippo Pine Bar] and by Lazy Loper.” (The Equine Chronicle, 2013)

Since that time, Ellen has also made a name for herself as a Congress Champion producing dam with the 2018 2-Year-Old Open Western Pleasure Congress Champion, Vital Lines Are Red, who was ridden by Rusty Green for owner, Ray Arnona. The Equine Chronicle had the opportunity to chat with Ray and Adam during one of our red carpet interviews.

In addition to Ellen, the Galyean family also purchased one of her 2019 foals that’s by VS Code Red, making it a full sister to Vital Lines Are Red. 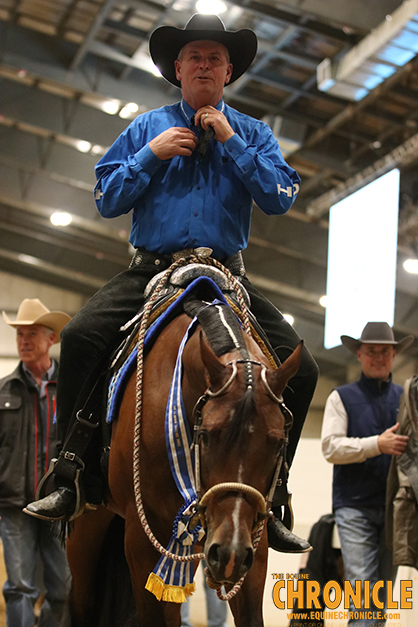 “We bought Ellen at the end of her 3-year-old year for the Macbeth family and have had her for the past five years,” Keith McDonough says. “She’s been a great horse for Zoey, and Mark [Jensen] has had such tremendous success with her in the open division, so she will be missed.” 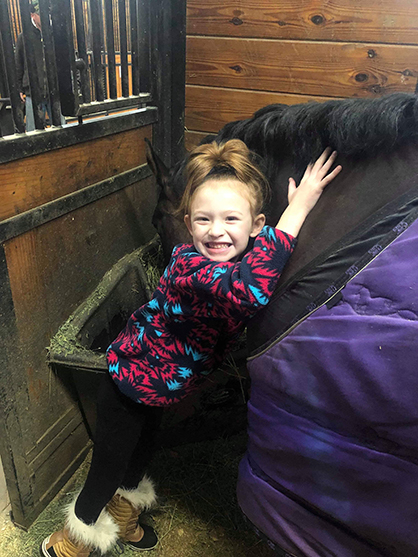 Meanwhile, Gracelyn is thrilled to be taking her first lesson on Ellen today with Leigh Berryhill. “That’s all she can talk about!” Kristen Galyean says. “It makes my heart happy to see her this excited to have her very own horse. It’s a huge bonus that she’s already proving to be a great broodmare with her first baby by VS Code Red winning the 2-Year-Old Open Western Pleasure at the 2018 All American Quarter Horse Congress. That filly is one of the nicest 2-year-olds that I’ve ever seen, and I hope to continue making more of them! Ellen has joined our family. Her main job is to take care of my daughter, but Waylon now has an in-house, permanent girlfriend, which is a bonus!”