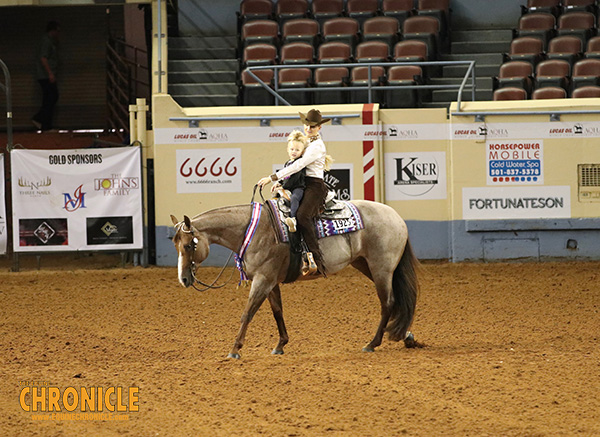 Kristen Galyean had a bit of help for this evening’s Amateur Level 2 Western Riding in the form of her youngest daughter, 3-year-old Aislyn, who helped pilot VS Lady In Red to receive her awards. The 6-year-old red roan mare named “Lady” is by Kristen’s stallion, VS Code Red, and out of Cool Krymsun Lady.

In a fun turn of events, the Reserve Champion in the class was Samatha Ihde with Cool Kruzen Lady, who is by another one of Kristen’s stallions, VS Flatline, and out of a daughter of Cool Krymsun Lady. Slightly confusing, but the bottom line is that these two spectacular, roan mares are closely related.

Because Kristen has been busy with her own career, her husband’s business, and motherhood, she hasn’t had much time to show Lady in 2019, so she relishes moments like these. 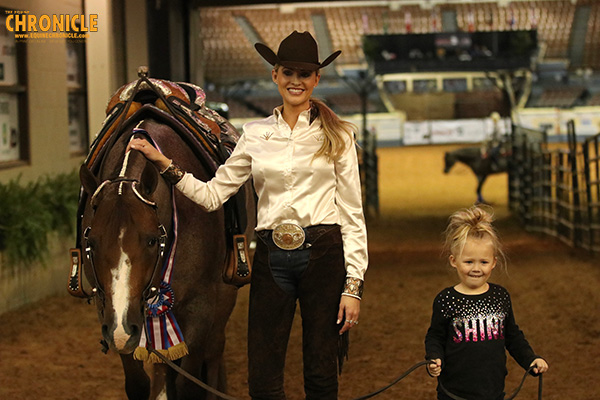 “It was last year at the World Show that I’d showed her for the first time here in Western Riding,” she says. “I haven’t shown her very much this year since I’m busy with NCHA shows, running businesses, and being a mom, so when I get to show her it’s pretty fun. I think this is only my fourth time showing her this year.”

“I was super pleased with her today. She was really attentive and listened to me, but she was really bright with her expression. She stayed calm and was really focused on what I needed her to do.” 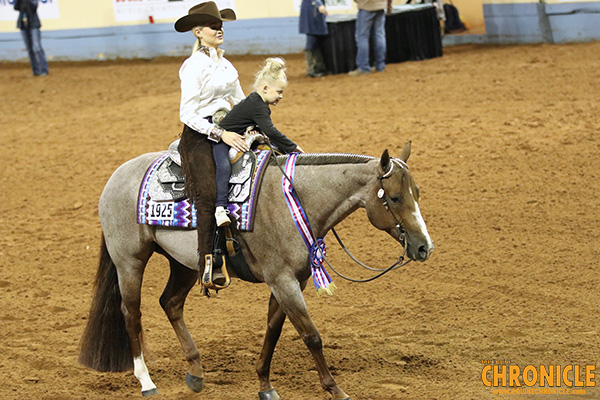 In addition to having Aislyn here at the show, watching from the stands was Kristen’s oldest daughter, 7-year-old Gracelyn, who now has a show horse of her very own. She competes in Walk Trot with Lope The Line, aka “Ellen.” 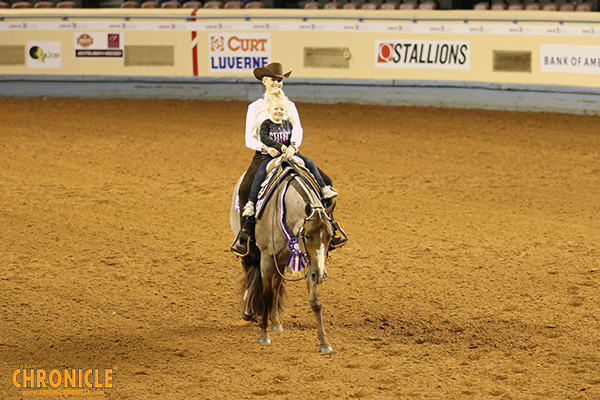 Looking forward to next year, Lady has quite a few offspring coming up through the ranks. “She has a maiden three-year-old that Aaron Moses is going to get for next year. Then, I have a yearling filly coming two-year-old that we will start training with. There is also a yearling stud colt that I believe Bret Parrish has. Her babies haven’t hit the scene yet, but hopefully soon.”