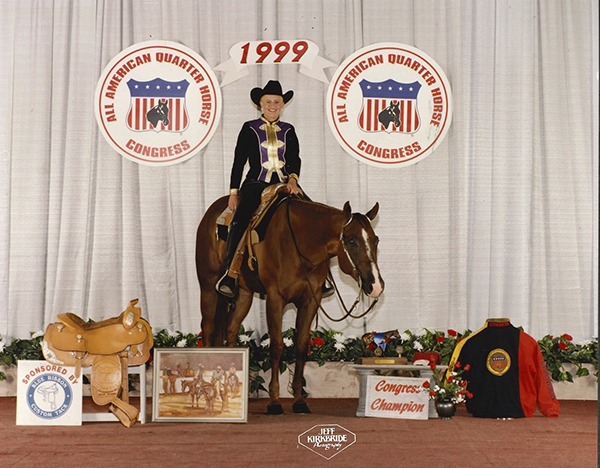 “It’s a small world,” is an idiom that can often be used in context of the dog show community. There are many overlaps in the dog show world, including ties to the horse show community. Three Pembroke Welsh Corgi owner-handlers have similar backgrounds as ambitious AQHA competitors. Stephanie Grogg, Kelli Alhadef, and Jodi Geerlings are not only the three top-ranked NOHS competitors in Pembroke Welsh Corgis, they also have shown American Quarter Horse Association World Champions in the past. 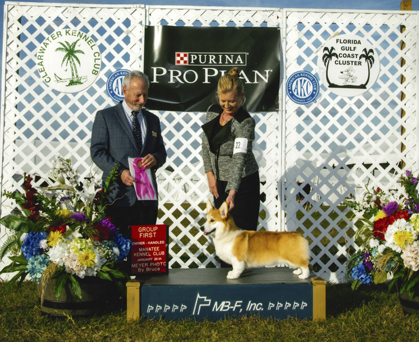 Stephanie Grogg of Lexington, Kentucky enjoyed great success with her Quarter Horses in the late 1990s and early 2000s. She and her Quarter Horse, In Zippos Image, won classes at the 1999 Quarter Horse Congress. At the 1999 AQHA World Championship, they were the Junior Western Pleasure and Amatur Western Pleasure World Champion. She also won classes in 2001 at the Quarter Horse Congress. With the guidance of Julie Arlene of Signature Corgis, Stephanie has seamlessly transitioned into showing in AKC conformation dog shows with personal goals in the National Owner Handled Series. She has piloted Pembroke Welsh Corgi, GCH Signature’s With One Look, “Nzuri,” to multiple NOHS Group Firsts. Stephanie notes that she and Nzuri are learning together and having a wonderful time becoming a cohesive team.

Kelli Samel Alhadef’s involvement in show horses date back to the early 1970s in 4-H shows and AQHA shows. As a youth competitor, she was one of the top Western Pleasure competitors in the country. She competed with Page Boy Chip. She enjoys the crossover to dog shows as it gives her the same since of accomplishment and thrill of competing. 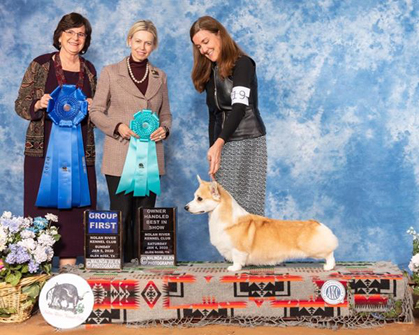 Kelli’s sister is professional handler, Sherri Samel Hurst, and they co-own her first show dog, “Cubby,” GCHG XIV Karat Special Place in My Heart at Brigadoon CGC TKN. Cubby is quite an accomplished show dog as a Westminster Kennel Club Best of Breed Winner and Top Winning Pembroke Welsh Corgi. Together, Cubby and Kelli have had a fabulous time together, as a treasured companion and top winner in the NOHS series. Kelli competes out of the Dallas, Texas area and they have had fun winning multiple NOHS Best in Shows. 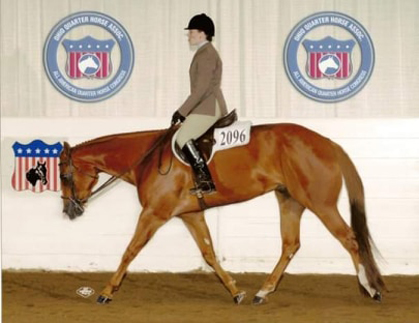 Jodi Geerlings competed in the AQHA horse shows with Charlie’s Lil Leaguer from 2005 to 2012. She was the MQHA Novice Amateur All-Around Champion in 2007 as well as the MQHA Sportsperson of the Year. Under the guidance of Bill Shelton of Coventry Pembroke Welsh Corgis, Jodi has enjoyed great success with both GCHS Coventry Bring on the Reign and GCHS Coventry Music of the Night, including regular and NOHS Group wins. Jodi holds the honor of piloting these dogs to the #1 NOHS Pembroke Welsh Corgi in 2018 and 2019. 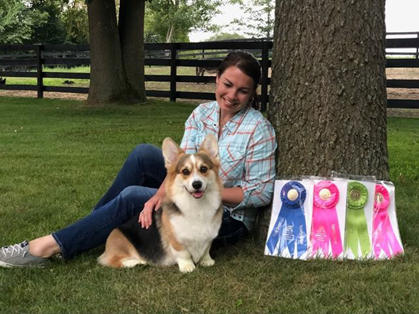 These ladies demonstrate a seamless transition from AQHA competition to AKC Dog Shows. Interestingly, Stephanie, Kelli, and Jodi have not all met or competed in person, but have enjoyed following each other’s success via social media. It truly is a “small world!”