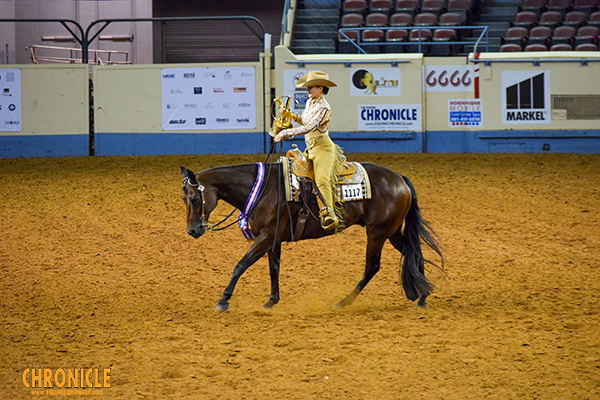 Hanna and Moonshine. All photos by intern, Paige Kemper, for EC.

By: Brittany Bevis and Paige Kemper

Hanna Olaussen’s win in 14-18 Horsemanship at the 2020 AQHA Youth World Show provided a truly emotional moment. She not only won a coveted golden globe with a stellar pattern, but she did so with her beloved show partner- Wearin Only Moonlite- a horse that she wasn’t sure she’d ever be able to ride again.

“Honestly, it doesn’t feel real right now,” she says. “Last year, he foundered in the spring, and it hit hard. We didn’t think he was going to make it, and we had actually considered whether to put him down or not. But, somehow, a miracle happened, and he persevered through. I wasn’t able to ride him until January of this year, but he came back 100% and gave me everything he had.” 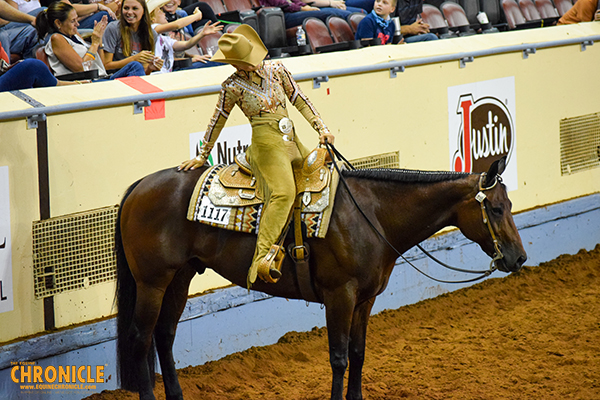 With a healthy “Moonshine” by her side, Hanna decided there was nothing left to do but give the finals pattern all they had. “Honestly, I haven’t slept much in the past couple of days, because we’ve been practicing at night. I was going out there with the mentality that I was going to attack the pattern. We would either explode and fail, or we were going to win.” 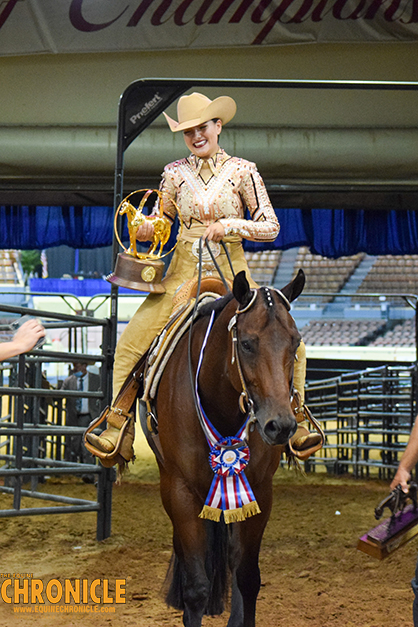 There were a few challenging parts in this finals pattern, and Hanna and Moonshine excelled by displaying a unique synchronicity that only comes with years of practice as a team. “My favorite part was the diagonal where we had to change leads. He’s a lead changing beast! He changes perfectly and is a beautiful lead changer. The most challenging part was the extended lope without stirrups. That was a lot. I really went for it this time and was super happy.”

Outside of the show pen, Hanna describes Moonshine as a big goofball with plenty of funny quirks. “He’s such an incredible horse, and I feel so blessed to be able to show him. No matter what you’re doing, he’s an amazing feeling.”

Also here at the show, this team made it back to the finals in both Trail and Showmanship, a first for both.

Reserve was Ella Petak with Gettin Hot. Third was Alexia Tordoff with Blazing Hot N Gold. Fourth was Leah Anderson with Gun Powder N Smoke. Fifth was Natalie Vargo with She Had Me At Hello. 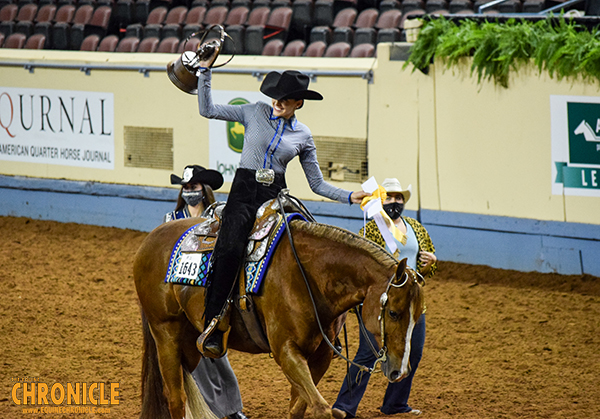 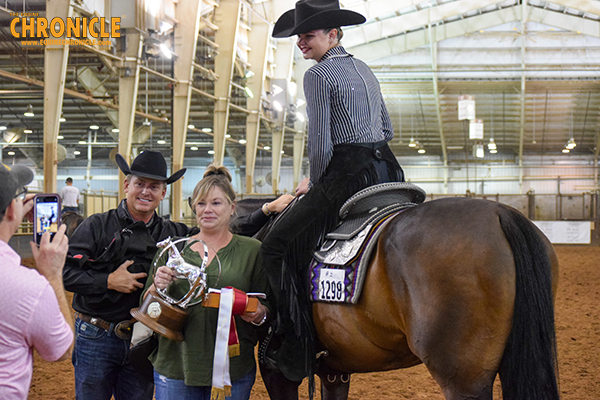 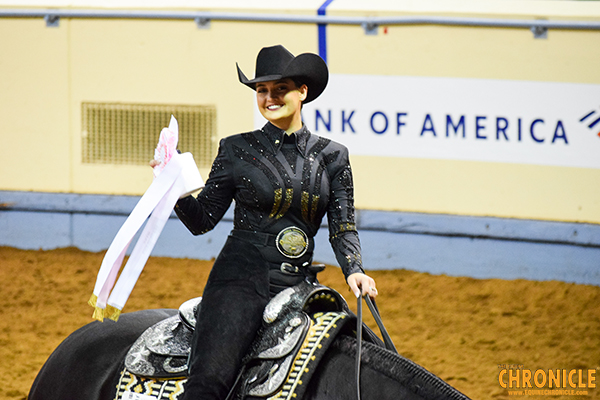 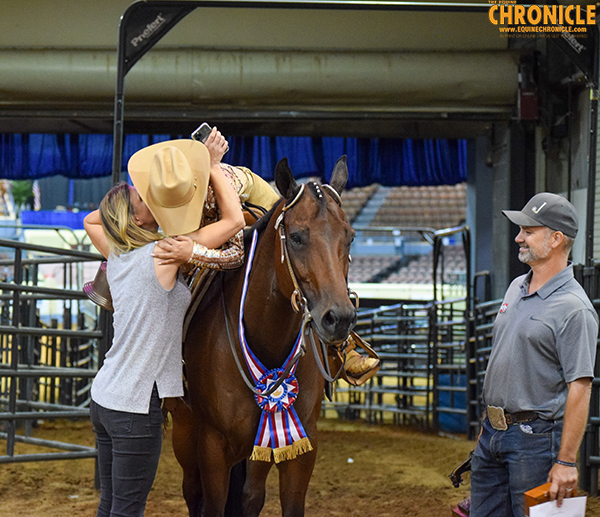 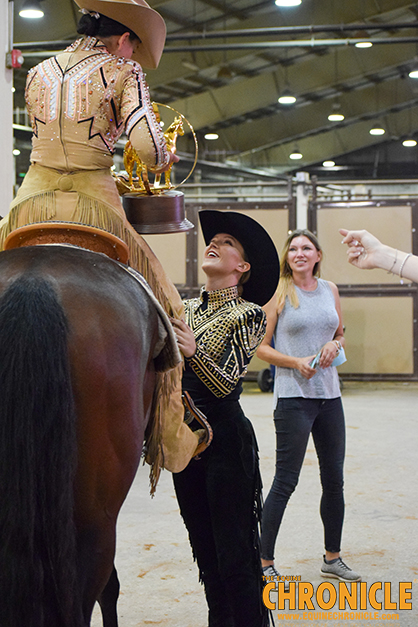