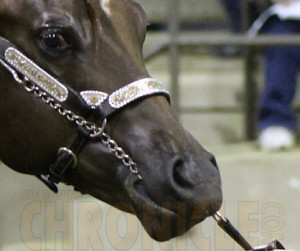 Over the weekend, AQHA made breaking news with the official announcement about a series of rule changes, new penalties, and other animal welfare-related actions, some that will go into effective immediately, some to be implemented later this year, and some that will be applied in 2016. The announcement included details about stiffer fines and penalties regarding abuse and unsportsmanlike conduct, an amended rule about tail restriction, and concern about the potential abuse of the drug Clenbuterol in show horses.

At the top of the hot topic list is the new ruling that will ban the use of lip chains at AQHA events beginning in 2016.

AQHA President Dr. Glenn Blodgett gave the following statement. “While many of our halter exhibitors lobbied in favor of lip chains at the 2015 Convention, the Executive Committee members – based on input from the Animal Welfare Commission, the Show Committee and Show Council – believe that the use of lip chains in Halter classes is not the intended use for lip chains – especially in the hands of novice exhibitors. It’s simply not humane.”

At the AQHA Convention in April, within the Halter Subcommittee, a rule change was proposed with the following wording.

“To keep the current rules as is concerning lip chains and add to SHW355.4 Applying excessive pressure on or excessive jerking of an allowed lip chain is prohibited. Lip chains are to be humanely used. Intentional or negligent treatment which results in bleeding will result in automatic disqualification.”

The action taken by the Executive Committee was to deny that proposal and with “recommendations from the Animal Welfare Commission, Show Committee, and Show Council,” the final decision was made to eliminate the use of lip chains entirely beginning January 1, 2016.

Since the announcement was made public, there has been considerable debate with both sides weighing in on whether the use of a lip chain itself is inhumane or whether it’s the improper use of such that causes a problem. Recently, three major Halter Horse Futurity programs and the World Conformation Horse Association have released their own statements in response to how the ruling will affect their events in the future. 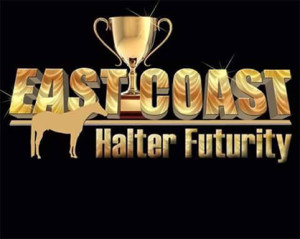 First, the East Coast Halter Futurity released the following statement via social media over the weekend.

“The Executive Board of the East Coast Halter Futurity has read and listened to our committed Halter exhibitors over the past 36 hours. While doing everything we can to produce a venue for the average exhibitor, making it possible to show their young stock while showcasing the best stallions in the US, we want to assure everyone of our policies post 2015. First and foremost is our concern for the welfare and safety of humans as exhibitors, judges, stewards and onlookers. But, not far behind is always the welfare and professional treatment of the horses brought to our event. Saying thus, lip chains will be allowed at any age, level or gender.”

“We vow to keep a vigilant eye open for any misuse of such and will not tolerate any abusive actions by handlers, owners or grooms. We will always strive to be a venue open to everyone, judged fairly and priced to enhance our industry not deter it, a working forum to encourage youth and also seniors, and a solid American weekend to preserve the partnership of man and horse.”

We had the opportunity to speak with a representative of the East Coast Halter Futurity, Glenn Gieschen, to gain more insight into this decision.

“We talked about it, and everyone in the committee was in agreement concerning the ruling,” Gieschen says. “We will continue to allow lip chains in every age division from weanlings on up to two-year-olds. At our horse show, the Futurity classes are held on the first day, and AQHA-approved classes are held on the second day. We will continue to allow lip chains in our Futurity classes. For this year, of course, lip chains will be allowed in those AQHA-approved classes. But next year, [2016] if we decide to go through AQHA for those approved classes, we would have to abide by their rules for the regular classes. However, we’re not even at that stage yet and won’t be until next year.” 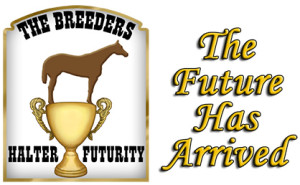 Event Secretary for the The Breeders Halter Futurity, Karen Kennedy, clarified why it’s possible for these independently owned futurities to make their own decisions regarding competition rules.

“The Breeders Halter Futurity is owned by a group of eleven individuals,” Kennedy says. “Our Board of Directors, on behalf of our exhibitors, decides the rules as an independent entity.”

Since the publication of this piece, a third Halter Futurity program, The Best In The West, has come forward with their own statement. 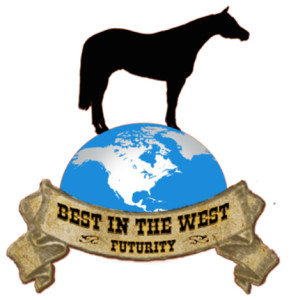 “The Executive Board of The Best In The West Halter Futurity has discussed at length the recent decision made by AQHA regarding the elimination of the use of lip chains in all Halter classes effective January 1, 2016,” says Futurity Coordinator, Don Falcon. “The safety of our exhibitors, judges, stewards, and spectators, while protecting the welfare of our horses, is a responsibility that we take very seriously. In our first year, we wanted to show support for AQHA by adopting their rule of not allowing lip chains on weanlings, but youth and amateurs could use the lip chain on yearlings and older horses. Open exhibitors could only use the lip chain on stallions.”

“However, we also feel that our Halter exhibitors are adept at the proper usage of this tool and are mindful of its intent and purpose. Last year, in our non pro class, I witnessed one instance where an elderly exhibitor’s safety was compromised because her weanling filly was simply overpowering her. She simply needed more control, not only for her safety, but other exhibitors in her class. These are the safety issues that concern us, and we feel we need to be proactive in our attempts to avoid these situations.”

Therefore, The Best In The West Futurity Executive Board has decided that non-pro exhibitors will be allowed to use lip chains in all classes. However, because they feel that open exhibitors are stronger and more experienced individuals, lip chains will not be allowed in open classes.

“We will closely monitor any abuse of this safety tool or any other mistreatment of these animals, not only in the show pen but anywhere on the show grounds. Any violation will be grounds for disqualification from participation.  Fair competition and the safety of all owners, exhibitors, spectators, and the horses put in our care is of primary importance to our program.”

We reached out to the World Conformation Horse Association for an official statement and this was their response.

“WCHA’s Executive Committee and Directors are assessing AQHA’s recent decision on the use of lip chains with the intent to discuss and pursue the needs and thoughts of our membership. After further understanding the position of our membership, WCHA will determine and address, as appropriate, additional planning and communication needs. WCHA remains committed to protecting the welfare of the horse and utilizing safe practices for both the horse and WCHA membership. Official changes will not affect any of the WCHA events in 2015.”

Meanwhile, we’re certain that this debate will continue into the weeks and months ahead.