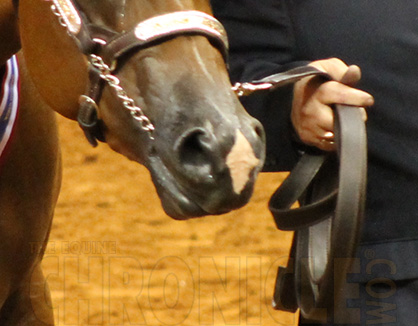 At its April meeting, the AQHA Executive Committee continued to make huge strides for the benefit of the American Quarter Horse by approving stronger penalties and fines for animal welfare rule violators; enacting significant penalties for positive drug tests involving detection of clenbuterol in show horses beginning November 1, 2015, and modified penalties in horse racing, beginning May 1, 2015; barring the use of lip chains in show horses beginning January 1, 2016; and several other actions. The actions exemplify the Association taking a firmer stand on animal welfare for the protection of the horse and for the future of the breed.

These welfare topics were discussed and reviewed by AQHA members, the AQHA Animal Welfare Commission, the AQHA Show Committee and AQHA Show Council, and the AQHA Racing Committee and AQHA Racing Council. The recommendations from each of these bodies were sent on to the AQHA Executive Committee for its review and final decision. The Executive Committee adopted some of the recommendations in their entirety (stronger penalties and fines for animal welfare rule violators) and modified others (clenbuterol and the use of lip chains).

AQHA rules VIO204 and VIO220 AQHA Show Fines and Penalties Regarding Abuse and Unsportsmanlike Conduct have been amended to include stiffer fines and penalties for violators of the Association’s animal welfare rules.

Besides broader fine ranges, the new fines and penalties also include mandatory probation for any Level 1 second offense or higher citations. The following statement was also added to the chart: “All fines and penalties are cumulative and run consecutively in the case of multiple offenses.”

Any offense – including a white warning card – results in the violator’s name being placed in a database that is immediately accessible by all AQHA stewards.

“If someone gets a white warning card at a show and three days later is stopped by a steward at a different show for violating an animal welfare rule, the steward will check the database and find that person’s previous violation,” said AQHA President Dr. Glenn Blodgett of Guthrie, Texas.

The Executive Committee also approved a recommendation to publicize information on AQHA’s website regarding animal welfare rule violators, the name of the horse or horses involved, the names of the responsible parties, and the fines and penalties assessed. That news will appear at www.aqha.com after cases are ruled on by an AQHA hearing committee.

The Executive Committee also approved updates to AQHA Rule VIO204.14, which makes tying a tail to restrict its movement a minimum Level 1 offense and any appliance that restricts circulation a Level 3 offense.

This rule goes into effect immediately.

Previously this year, positive drug tests for detection of clenbuterol in American Quarter Horse racehorses resulted in significant penalties. That policy has now been expanded to put an end to the abusive use of clenbuterol in show horses, beginning November 1, 2015, and in time for the 2015 AQHA World Championship Show.

A bronchodilator marketed as Ventipulmin, clenbuterol is a legitimate and valuable medication used by veterinarians to treat horses with breathing difficulties, but its use has gotten completely out of hand because of its ability to act as a beta-2 agonist to increase muscle mass when used in dosages exceeding recommended amounts.

“Part of leveling the playing field in the show industry includes doing away with the illegal and illicit use of performance-enhancing drugs,” Dr. Blodgett said. “It all comes down to protecting our horses.”

“While many of our halter exhibitors lobbied in favor of lip chains at the 2015 convention, the Executive Committee members – based on input from the Animal Welfare Commission, the Show Committee and Show Council – believe that the use of lip chains in halter classes is not the intended use for lip chains – especially in the hands of novice exhibitors. It’s simply not humane,” Dr. Blodgett said.

To view all committee and council recommendations with the Executive Committee’s actions, visit www.aqha.com/convention.