Fractured Foot in the Morning, Multiple World Championships in the Afternoon 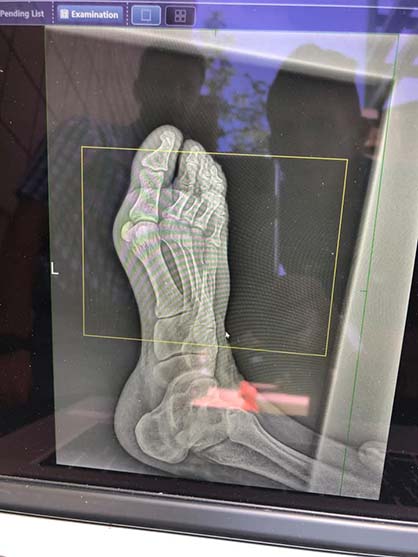 When it comes to horse shows, you can pretty much expect the unexpected. But, what happens when you’ve been training for months, and you suffer an ill-timed injury that threatens to take you out of the competition? That’s something horse trainer, Brian Isbell Garcia, encountered when that very scenario happened this week at the Pinto World Show.

On Wednesday, Brian was riding a 3-year-old, 17.2 hand stallion that he had brought to the show in order to continue preparations for upcoming summer futurities. He was bucked off the horse and landed with his foot in an awkward position. After a few x-rays, it was determined that Brian’s foot had been fractured as a result of the fall.

But, with a full lineup of horses to show that day, and the next week, did he ever think about not competing? “That NEVER crossed my mind.” Brian says.

After consulting with a fellow equestrian and doctor who was also at the show, Dr. Tracy Huls, Brian received some advice. “She took a look at the x-rays and suggested I wear a stabilizer boot and ice as often as possible. She said that as long as I could stand the pain, I should be fine to ride. But, she did say the location of this fracture is one of the worst and that I should plan on a eight to twelve week healing process.” 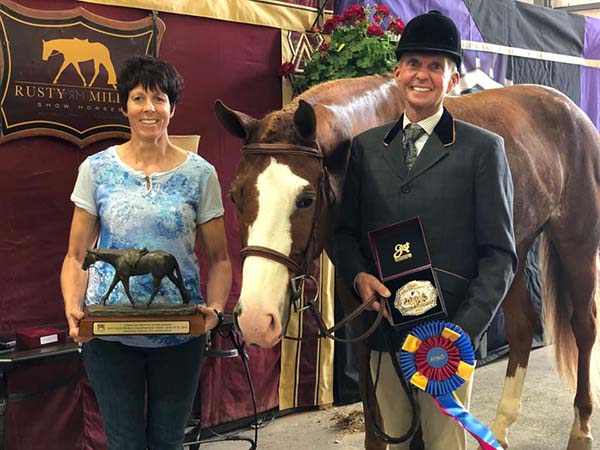 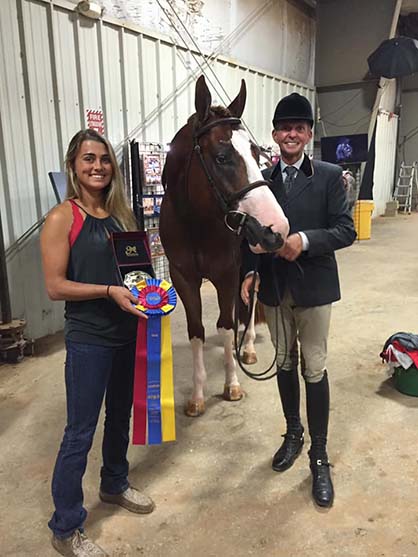 Thankfully, Brian has a great team that’s helping out following his injury, including Carol Timke, Rust Miller, Scott Suggs, Angela and Taylor Burgess, and Jennifer Huecker. “My foot throbs a little, but I’m not in a terrible amount of pain,” he says. “I live to show horses. The adrenaline helps as well. But, at the end of the day, this is my passion, and I guess that’s what pushes me through.”

Brian still has plenty of English and Western classes to compete in at the Pinto World Show, but the most important of all will come next week with his daughter, Lola. “The most important class is next Wednesday, when Lola Grace shows in Leadline. You’d better believe I’ll limp with pleasure leading her in that.”