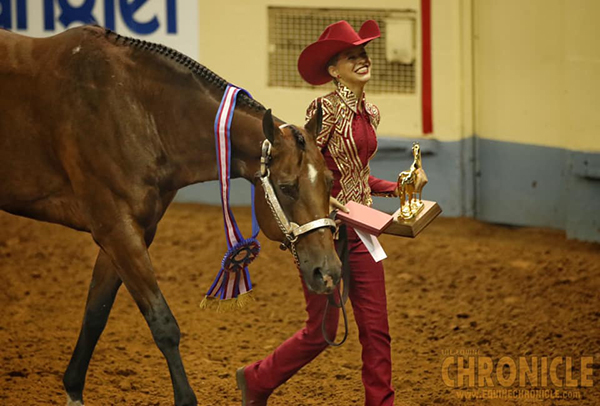 The fun thing about the 13 and under division at the AQHA Youth World Show is that it consists of new competitors who, in most instances, haven’t been to the Youth World Show before. That’s the case with this afternoon’s two Champions- Camille Kennedy and Ava Hathaway. These two, young riders also have a few other things in common. They’ve been riding their new horses for only a few months, and they have the same plan to celebrate their big wins this evening.

12-year-old Camille led her new horse, The Perfect Kryme, to win 13 and Under Showmanship L1. Camille first rode “Clyde” at the Congress last year and fell in love immediately.

“He’s very silly, he likes to chew on his chain, and he’s very good-minded,” she says. “When my parents told me that they had bought him, I was super excited. He’s a very nice mover, and I love how he feels. He’s also very nice to me.” 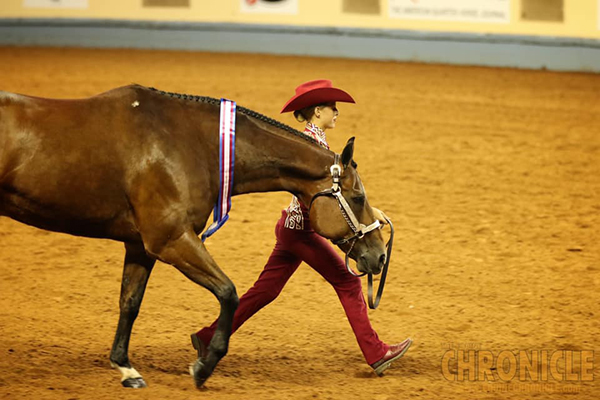 Camille and Clyde compete under the guidance of their trainers, Jenny and Robin Frid. “Jenny trusted me and let me do my thing today. I really liked my trot arc and my turns. When we practiced, my trot to walk transition wasn’t very good. Then, I had to rush into the arena; but, once we got in there, it was good.” 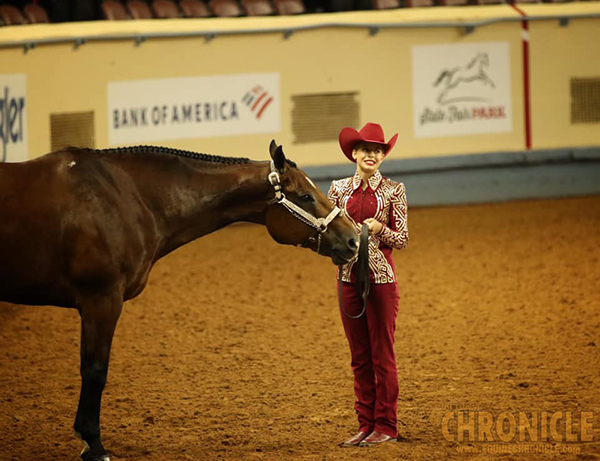 In addition to showing Quarter Horses, as she has done since the age of five, Camille also shows Appaloosas. Later on in the show, Camille and Clyde will compete in Western Riding, Trail, Horsemanship, and Equitation.

Her plan to celebrate this big win involves a bowl of mint chocolate chip ice cream.

The Reserve Champion was Lauren Deeds with Good Luck Charley. Third was Karly Humbert with Goodtilthelastdrop, Fourth was Alyssa Kladny with Assets Appeal. Fifth was Shelby Risher with Look At Dees Assets. 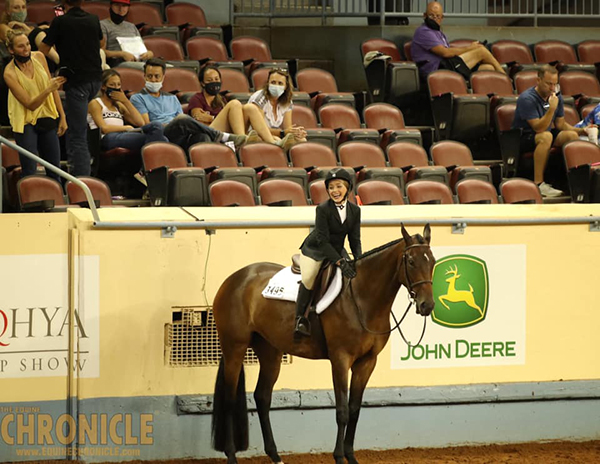 In 13 and Under Hunter Under Saddle, Ava Hathaway was named the World Champion with Al Eyez On My Asset. Reserve was Emma Gore with Assets Agenda. Third was Isabella Buckley with Sketchie Details. Fourth was Kenzie Bracken with Styles Sophisticated. Fifth was Gracie Harms with Huntified.

13-year-old Ava has only shown her new horse, “Kate,” a handful of times. Making this win even more impressive is the fact that Kate is just three years old. 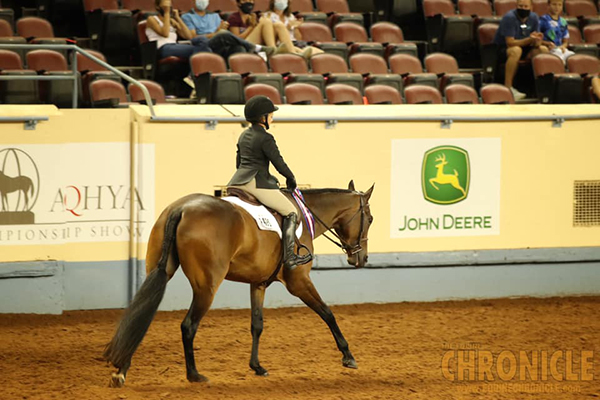 “I’ve only had her for a couple of months, and she’s so sweet. There is nothing really wrong with her. I showed her at Cloverdale, Gordyville, and then here. It’s hard to think that she’s actually a baby, because she doesn’t act like it.”

Helping the two prepare for their class today were trainers, Brian Isbell Garcia and Jenelle Pogue, a team Ava has been with for 2 1/2 years. “Brian told me to keep my hands quiet, to let her go, and not to worry about her pace. She was perfect, kept her head perfect, and didn’t try to change pace at all. She was amazing. She has such a pretty trot, and her lope is really nice too. Also, she keeps her head the same height the whole time.” 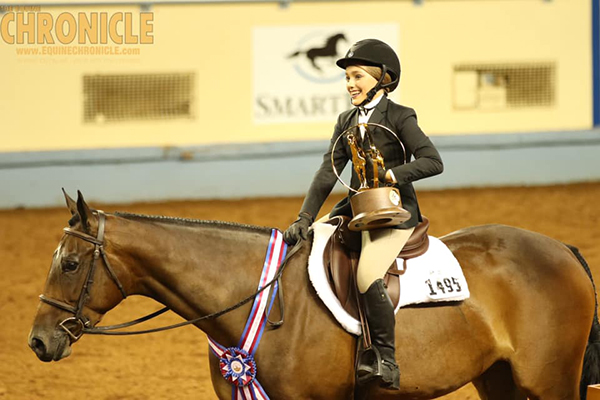 After her win, Ava plans to celebrate with a bowl of chocolate ice cream. Enjoy your ice cream, Camille and Ava. You deserve it!