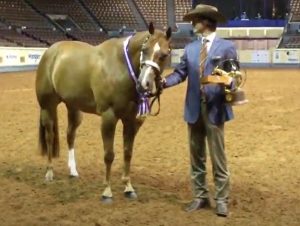 While the AQHA Youth World Show might look a bit different this year with the mandatory mask requirement and social distancing protocols, some things never change. The feeling of hearing the announcer call out your name as the World Champion. Holding that giant golden globe in your hand. Cheering on your friends as they trot down the center chute.

After arriving onsite here in Oklahoma City, we headed straight to the Jim Norick Arena for a full day of Halter classes. First, Cooper Dobbs and Mytesly closed out their final Youth World Show by being named the Performance Halter Geldings World Champion once again, their seventh World title. The World Champion in Performance Halter Geldings Level 1 was Grace Philpot with Simply One Hot. 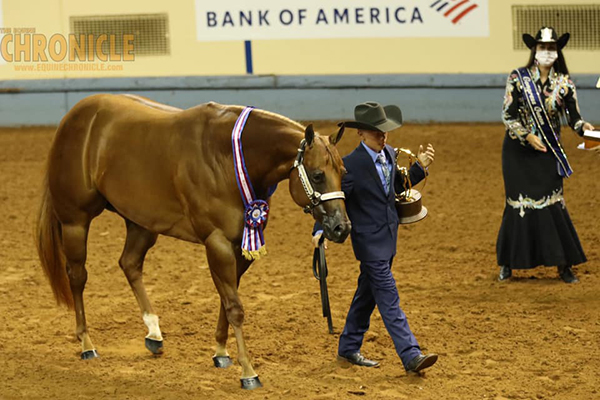 In Aged Mares, Camren Madden showed Shameles to win his second World Championship title and defend his position from last year. 13-year-old Camren was shocked to come back and win the title for a second year in a row.

“I couldn’t believe I did it again,” he says. “I was challenged enough to do it the first time, and I was challenged even harder to do it a second time. I had relief in my brain, because I was really pressured and had everything on my mind that I needed to do.” 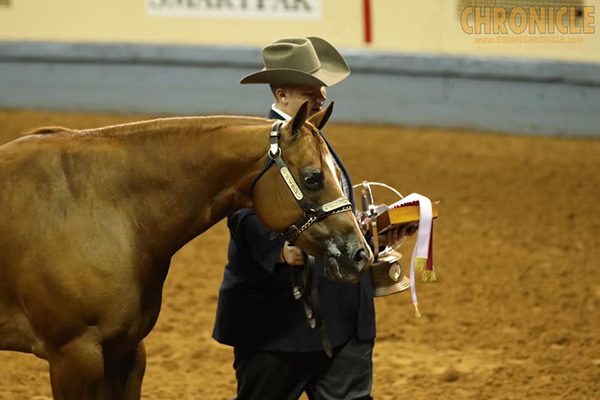 “You have to make sure you put your hand on the halter and move it forward and back and cluck with your mouth to move the back, left foot forward and back, because the other one is already set up. To get that, you tell her to whoa. Then, you stop and take a deep breath; because, if you go too fast, it will mess her up. Then, put your hand on her withers and point your foot where you want her front feet to go. It’s a little more complicated than people think.”

The Reserve Champion in the class was RJ Shepard with Scarlet O’Harra. Third was McKenna Gibson with Alusion. Fourth was Colton Stewart with Shes Cutin Loose. Fifth and also the Level 2 Champion was Dolce Chavez with Tinkerbell Isa Pixy. 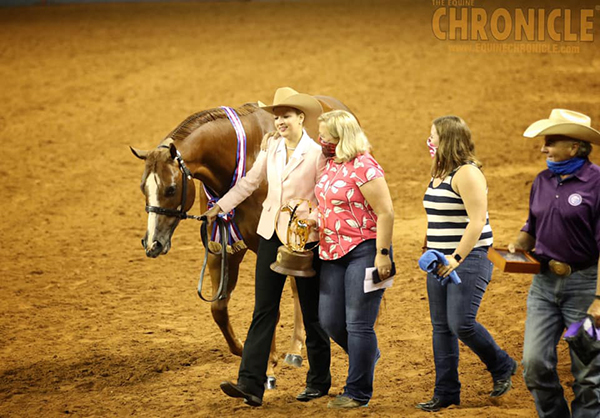 In Aged Geldings, Elizabeth West led Mister Over Easy to a win. Reserve was Trent Searles with GunnaRockYa. Third was Garrett Freeman with Zydaco. Fourth was Eli Ronk with Lu Johnny. Fifth and also the 13 and under winner was Max Santos with RL Royal Intention. In Aged Mares Level 1, Dolce Chavez and Tinkerbelle Isa Pixy claimed the title. 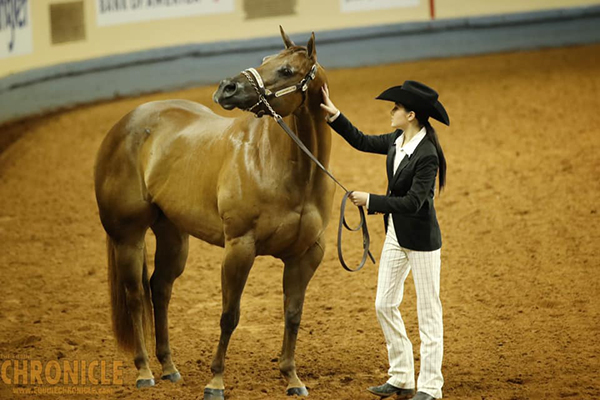 Elizabeth was both excited and nervous to have drawn the first spot in the line up. “It’s always a little nerve-racking going in the first spot, but I knew he could do it. It helps with his expression, because he’s never really dull.”

5-year-old “Easy” has been a member of the West family since he was two years old and has won numerous World Championship and Congress Championship titles with many members of the family. This was Elizabeth’s first Youth World win. “At the Congress, I was Reserve in Youth 2-Year-Old Geldings, won Youth 3-Year-Old Geldings, and won Aged Geldings last year. But I have never been a World Champion. I couldn’t believe it. I was so happy. It’s been a goal of mine.”

Elizabeth and Easy rely on the guidance of Tom Robertson as their trainer. They’ve been a team since 2017. “It’s funny, because I do all around events, so trying to get the Showmanship out of me and the Halter in me is hard, but he helps me stay relaxed. He fits them so well that it’s easy to show.” 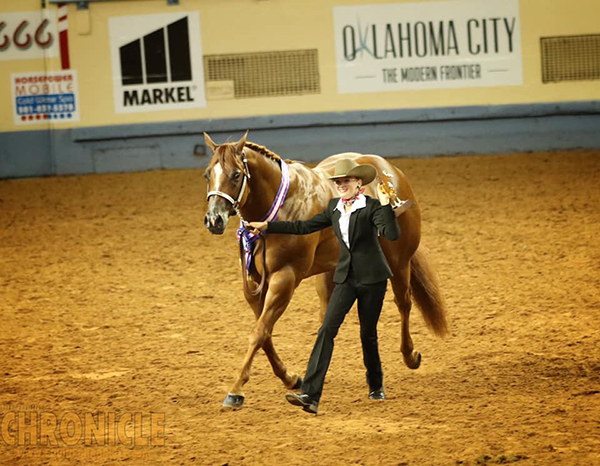 In Aged Geldings Level 1, Ellistin Morey and DKJ Stars N Stripes was named the winner. Reserve was Desarah Intension with TNR Divine Intension. Third was Riley Porter with Storminonthemountain. Fourth was Corbin Taylor with Got A Lasting Secret.

13-year-old Ellistin comes to the Youth World in her first year of showing horses. She had shown in Halter once before her trip here to Oklahoma City and wasn’t quite expecting this success. “I was a little skeptical about this whole Halter thing,” she says. “It’s only my second time showing in Halter, my first year showing horses, and my first World Show.”

Ellistin competes under the guidance of Margo Tucker and has another horse, Zipped Royally, that she will show in 13 and Under Showmanship, Horsemanship, and her favorite, Trail. “She’s just the coolest horse in Trail. She finds her own spots, and you tell her where to go left or right, and she never hits poles.” But “Henry” the Halter horse is pretty awesome too. “He’s pretty calm and he rides and everything.” 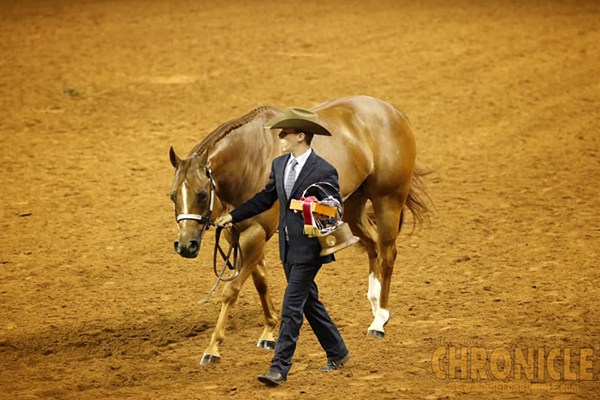 Making this win even more special is that Henry is a homegrown Halter horse from the Jenkins family, who is very excited to see Ellistin compete at the Youth World Show. Amazingly enough, Henry wasn’t even supposed to compete in Halter; but, three days before the entries were due, Margo made the decision, and it was definitely the right one.