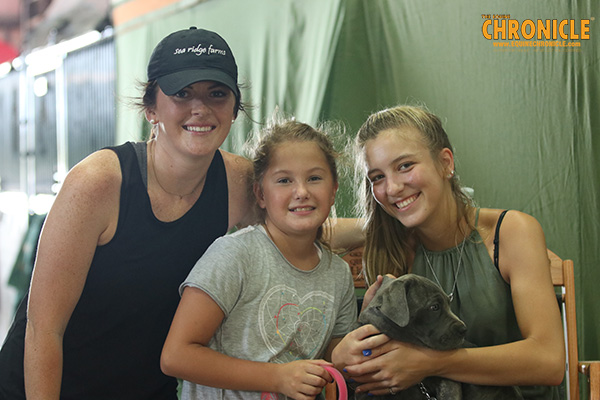 Now that the AQHA Youth World Show is behind us, and Oklahoma City is but a distant memory, exhibitors have descended on Tulsa to make preparations for the start of the NSBA World Championship Show. The show kicks off today with AQHA Show Your Colors classes in a wide range of disciplines. The NSBA World Championship classes begin tomorrow with Over Fences, Western Pleasure, and Trail.

We had the opportunity to chat with a few competitors who are finishing their last-minute preparations for the show.

16-year-old Jillian Stopperich is fresh off competing at the AQHA Youth World with her horse, One Hot Big Leaguer, aka “Dodger.” They placed 5th in Horsemanship and were finalists in Showmanship and Western Riding. Here at the NSBA World, they will be competing in Trail, Western Riding, Horsemanship, Showmanship, and Equitation, under the guidance of Sea Ridge Farms trainers, Patty Vatterott and Michael Colvin.

“Horsemanship is my favorite, and that’s the one I would like to win a trophy in,” Jillian says. “Patty and Michael tell me to stay calm and not to get nervous. I need to trust in my horse, because he knows what he’s doing.” 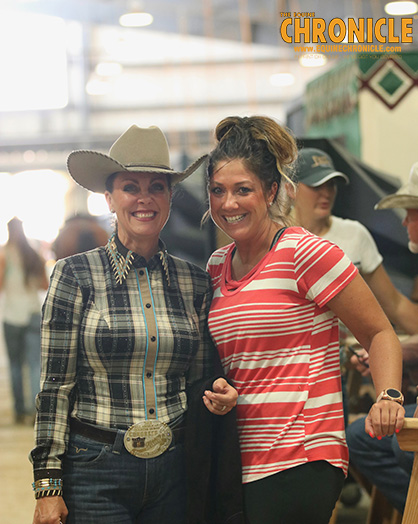 Fellow barn mate, Gillian Chant, will be showing her new horse, a 4-year-old gelding named Titos And Tonic, in Amateur All-Around events. “Oliver” is by RL Best of Sudden and out of Angela Wade’s mare, One Hot Drama Mama. This is Gillian’s first time back at the NSBA World in seven years.

“Right now, I’d say his best class is Equitation. Because he’s a younger horse, you have two hands, and it’s a lot easier to maneuver. All the pieces that you have in the warmup, you have in the pen. Also, it’s easier learning lead changes at a hand gallop or forward canter.”

“This is my first time back in seven years. The schedule is really packed, and I like being around the other breed associations. You see other people that you might have only seen in the Chronicle and you don’t come into contact with otherwise. You see faces you normal only see in print.”

11-year-old Jordan Macan will be showing Zippos Romeo in 13 and Under Trail at her second appearance at the NSBA World, under the guidance of trainer, Brooke Gardner. Jordan has been showing “Romski,” who formerly belonged to Gillian, for just two years. This is also her first year competing in the walk/trot/lope division.

“I like Trail, because Romski is the best at it, and it’s fun to ride him in Trail.” 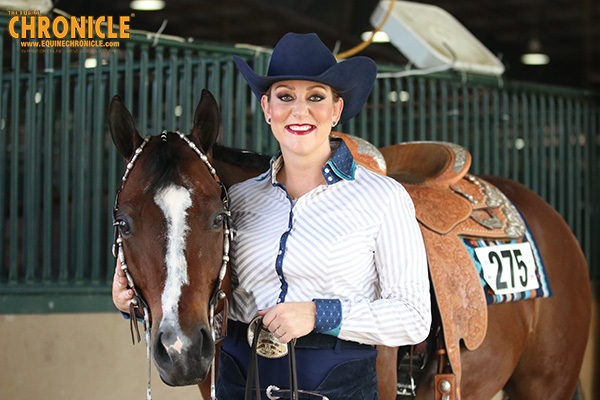 Julie Hoefling just finished showing her 10-year-old gelding, Movin The Chains, in Novice Amateur Western Riding and Trail in the AQHA Show Your Colors event. She’s particularly excited about her Trail finish, as she accomplished a personal best score of 78 1/2.

Julie has been showing “Lucky” since February of this year. “Ryan and Andrea Kail had him for a really long time, since he was three years old. Then, the client sold him, and we got him back in February, so we’re pretty excited. We planned to use this as a warm up to prepare for the Congress, but he’s doing so well that we decided to show!” 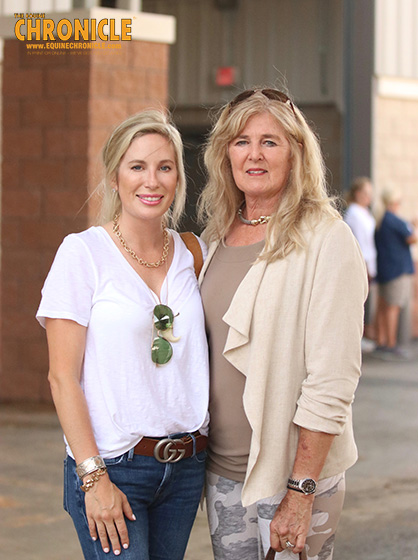 In addition to a wide range of Championship classes here at the show, there are several speciality events to take note of. The Markel Insurance Breeders Championship Futurity Yearling Sale will take place Friday, August 16th, with a sale preview on Thursday. Also taking place this year is the Western Show Team Championship for High School and Middle School riders with awards for individuals and teams. Exhibitors will compete in seven Horsemanship and two Ranch Riding classes. Another exciting competition will be the Cinch $15,000 First 2 Finish Trail Duel, which will consist of a head-to-head matchup against the clock. The preliminary round will take place Tuesday August 13th, and the finals will be held Wednesday at 6:30 pm in the Ford Truck Arena. Also, sure to stop by the NSBA Foundation Silent Auction with donations from Western Hauler, Custom Tails, Equine Salt Water Therapy, Dennards, and more.

Stay tuned to www.EquineChronicle.com and our Facebook and Instagram pages for around the ring photos, videos, and interviews with winners starting tomorrow! 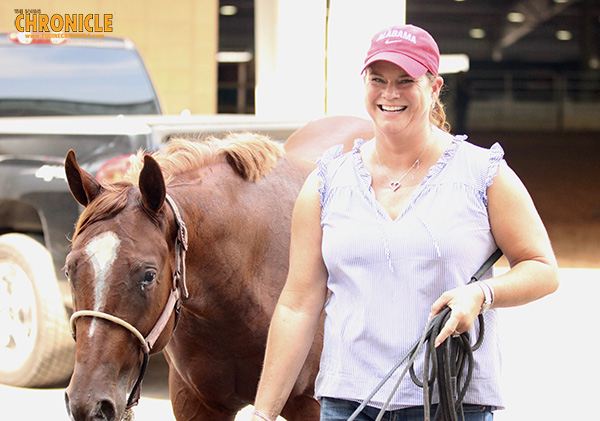 Check out more on NSBA.com.