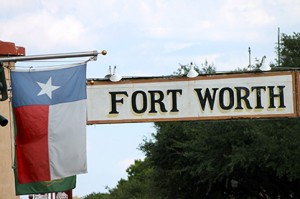 The saying that everything is bigger in Texas certainly applied to the Texas Paint Horse Club Paint-O-Rama that took place this past weekend at the Fort Worth Stock Show. According to TPHC Immediate Past President Renee Robinson, the show saw an increase of 250 entries, up from 680 in 2013 to 900+ in 2014.

“We’ve built it up every year, and this year we had over 900 entries,” Robinson says. “We had 38 kids show in Youth Geldings, 27 in Novice Youth Hunter Under Saddle, and 24 in Amateur Showmanship. Cattle, speed, cowhorse, and roping entries were up. People came from California, Kansas, and Missouri.”

Robinson feels the dramatic increase in entries was due to the revamped show schedule, more sponsorships, the addition of a fourth judge, and the show being held in conjunction with the TPHC Year-End Awards Banquet.

“The banquet was very well-recieved with 95 guests,” she says. “We decided to have the Year-End Banquet here, because it’s really convenient for those members who are here already. They can leave their stalls, come eat dinner with us, pick up their prizes, go check on their horses, and go to bed to get ready for the show the next day. For the first time, we had a Hospitality Suite, which was sponsored by APHA, that served breakfast and lunch on Saturday and Sunday. We got all sorts of compliments of that.”

“We’ve been working with Horse Show Managers, Bruce McCarty and Lauren Lovelace, on improving the show. We added green classes and walk-trot classes. Our novice youth and novice amateur classes are always huge. There is a resurgence in the Paint Horse [industry] and in the Stock Show. It’s such a prestigious show that has incredible Texas heritage, and the Paint Horse is a huge part of that.” 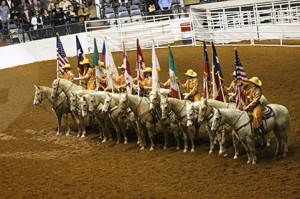 Fun at the Fort Worth Stock Show in 2012. Photo Credit: Brittany Bevis

Judges for the halter and performance section of the show included Clint Fullerton, Delena Doyle, Scot Jackson, and Lisa Moden. The addition of a fourth judge to the event this year was a major draw for entries, Robinson says.

“Last year, we had three judges,” she says. “The year before, we had two. It’s kind of an expensive venue to make it just a two-judge show. Bruce McCarty said, ‘[APHA is] the only breed that has consistently increased their numbers, so if you want to add another judge, I will be happy to accommodate you.’ I also think that improved the numbers.”

In fact, the show has grown so large that it may have to move show dates slightly for 2015. However, that decision isn’t set in stone.

“The Stock Show said they may have to move us to the next weekend, because we had more horses than we had stalls. We had one stall left in the whole facility. This year, the show was the 18th and 19th. Next year, we’re talking about the 25th and 26th. Of course, it’s not cast in stone, and we have to go through APHA, but we thought it would be a lot smoother than having it on opening weekend.”

Although the dramatic increase in entries was definitely exciting for the Fort Worth Stock Show APHA P-O-R, the Texas Paint Horse Club was even more thrilled to see so many new faces and an increase in membership renewals.

“The Texas Board of Directors feel really blessed that we have been fortunate enough to make this thing very successful,” she says. “We would like for this Stock Show to be the best in the US. Competition with Denver and Houston is tough, but I think the proof is in the pudding. Last year’s numbers and this year’s numbers speak for themselves. It’s really positive for our association.”

Stay tuned for photos and results coming from the show. In the meantime, scroll below to view a few photos from the TPHC Year-End Banquet courtesy of Rhonda Merrill Culp. 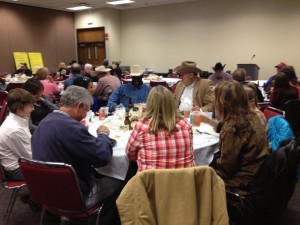 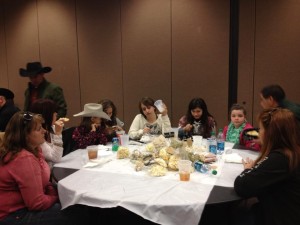 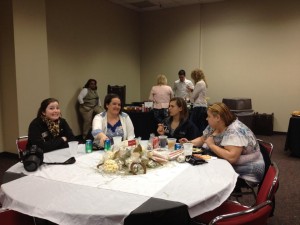 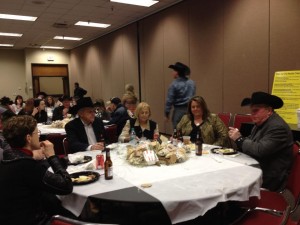 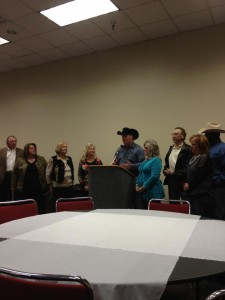