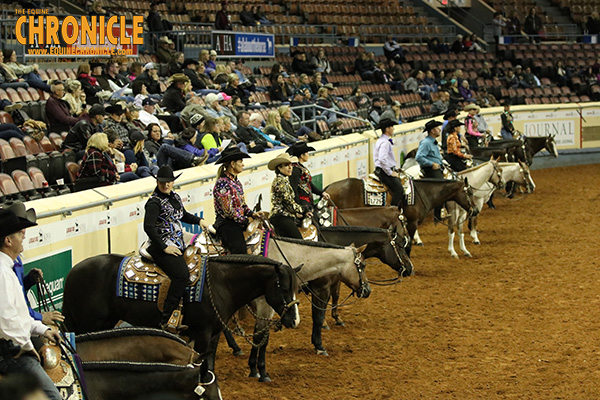 Tonight marked the first ever Pleasure Versatility Challenge at the AQHA World Show, sponsored by Terry Bradshaw Quarter Horses, Cimarron Trailers, and The Equine Chronicle, with a purse of $40,950.

The format of the class was simple. First, 16 horse and rider teams entered individually to perform a pattern that included lead changes and several poles. Next, the horses were permitted a brief warmup period before the Western Pleasure class began. Finally, each team’s handlers and grooms were given a few brief moments to remove tack and change outfits for the Halter portion of the event. Finally, the horses were tacked up once again and the final result were tabulated. 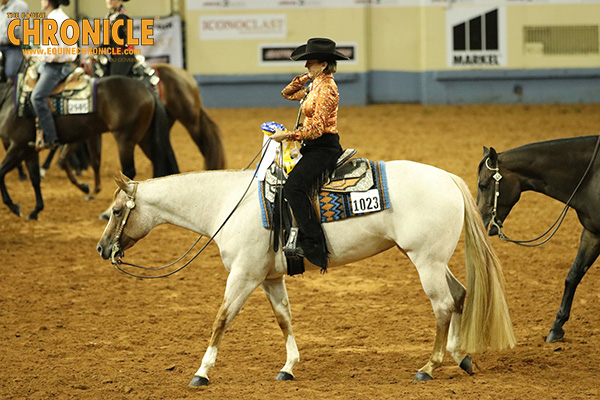 The winner of the Halter portion, which counted for 20% of the overall score, was Deanna Searles with KM Flat Out The Best. 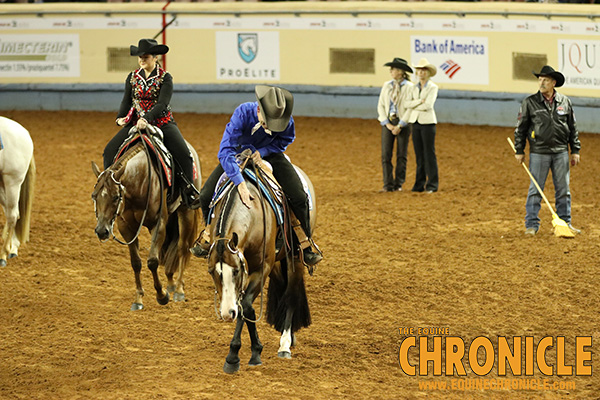 The winner of the Pattern class, which counted for 40% of the overall total, was Chad Evans with Florida Georgia Line. 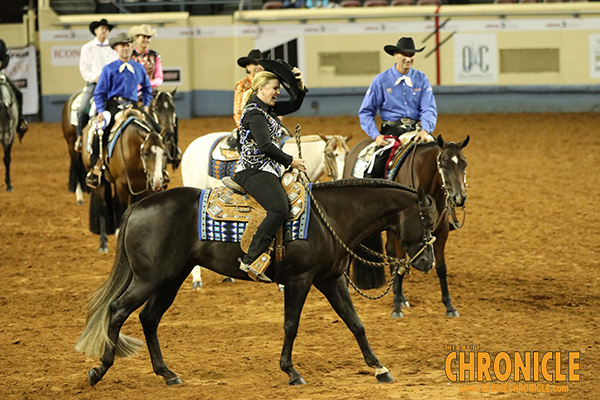 The winner of the Western Pleasure class, which also counted for 40% of the total score, was Katy Jo Zuidema with Best Brew At The Bar.

When the final results were tabulated, it was Deanna Searles with KM Flat Out The Best, for owner, Susie Johns, that was named the overall champion. The Reserve Champion was Kristy McCann with Made A Uturn. Third was Chad Evans with Florida Georgia Line. Fourth was Gil Galyean with The Aftermath. Fifth was John Briggs with Sugaray. 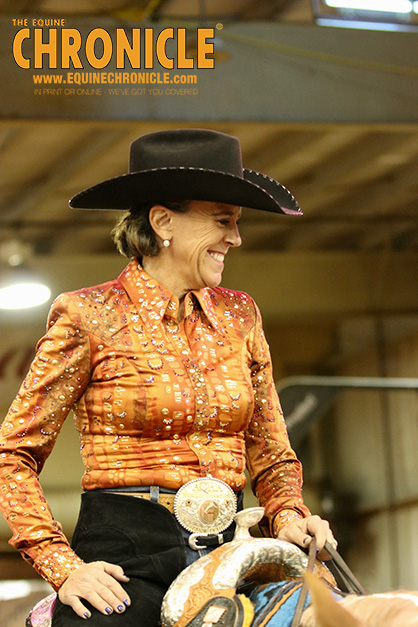 The collaboration between Rusty and Katie Green and Jim and Deanna Searles is what has allowed 3-year-old “Lily” to develop into an impressive Western all-around prospect. “Rusty and Katie have her and have done Western Pleasure on her this year,” Deanna says. “She had the Trail started already, and I’ve shown her a few times. Every time we were at a show together, we would practice a little Western Riding, and they would practice Western Pleasure. We worked as a team. We saw the potential in her, and Rusty and Katie saw the potential, and we went from there.”

“Actually she’s quite talented in Trail, but she’s going to have an adorable lead change and her Western Pleasure is really good. We tried really hard not to mess up the Western Pleasure for the futurities, while still trying to do a few lead changes here and there. We tried to balance it out without frying her.”

Deanna is hopeful for the future of this class and predicts that a few changes might be on the horizon. “It may have a few rule changes for next time, like maybe horses that haven’t been shown before, or for green horses. I think, doing it this first year, it’s going to be promoted a lot more. I think that will help increase the industry, so those Western Pleasure horses can go on and do other events, and those other events are going to blossom even more.” 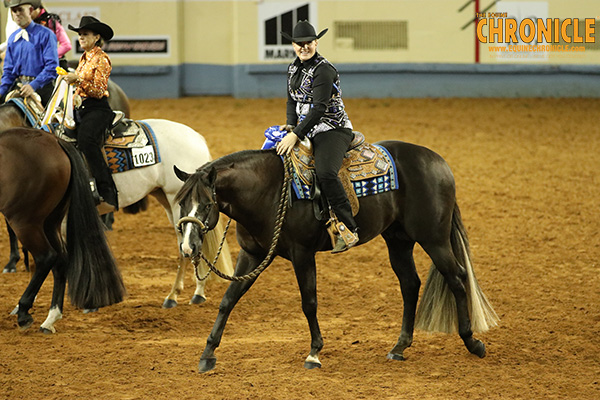 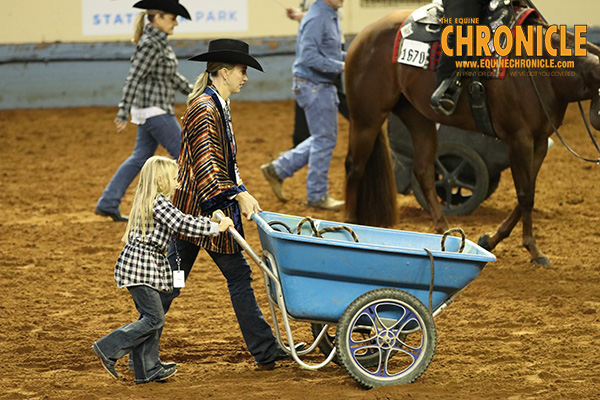 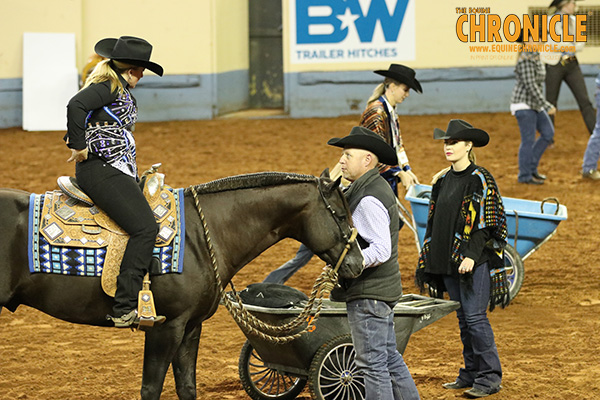 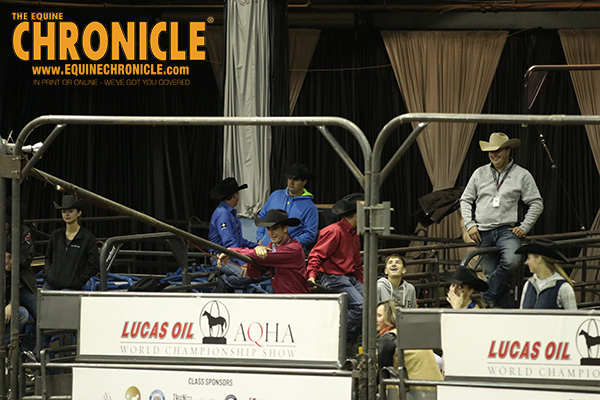 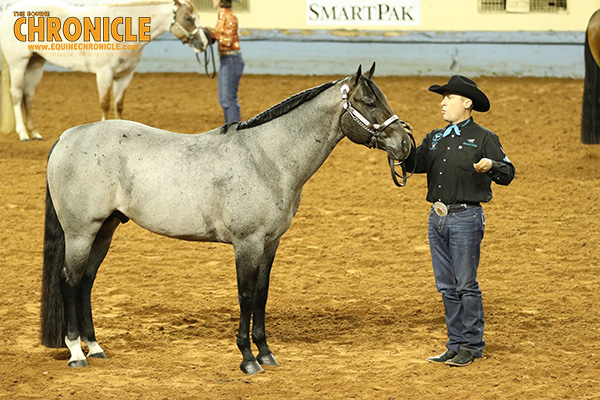 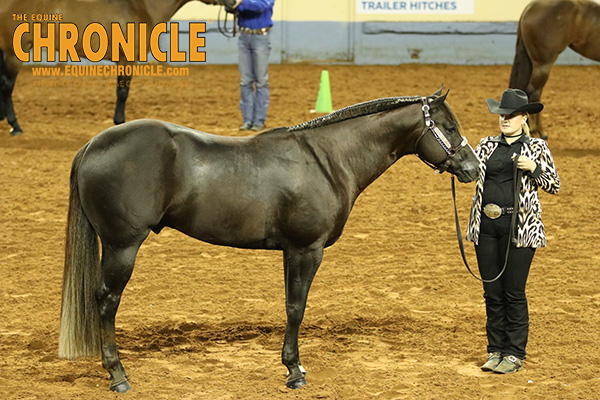 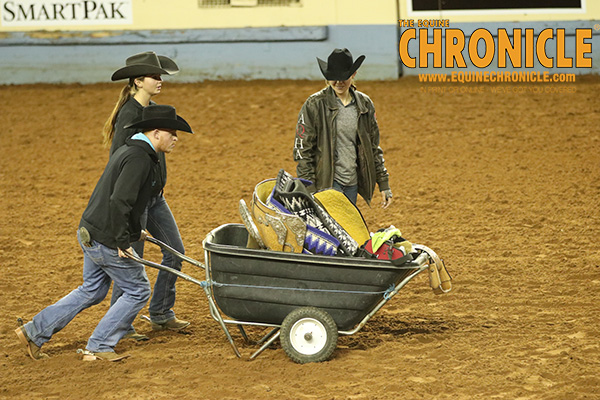 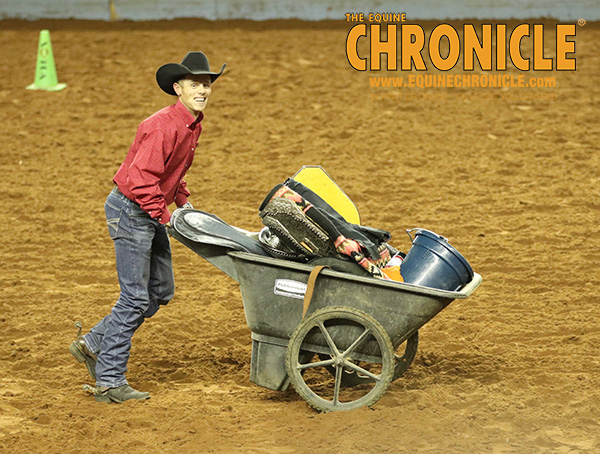 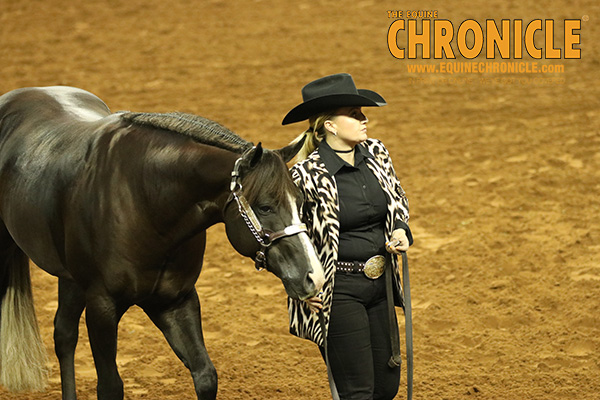 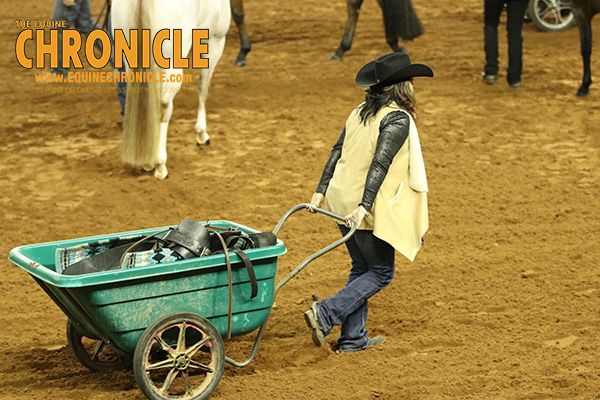 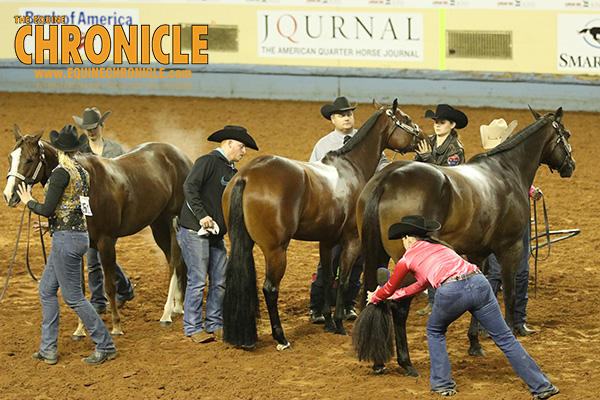 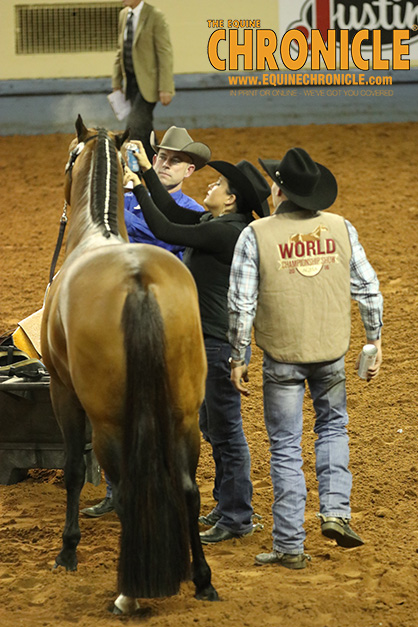 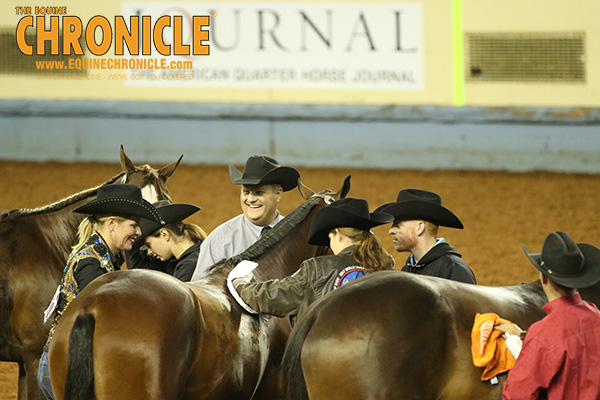 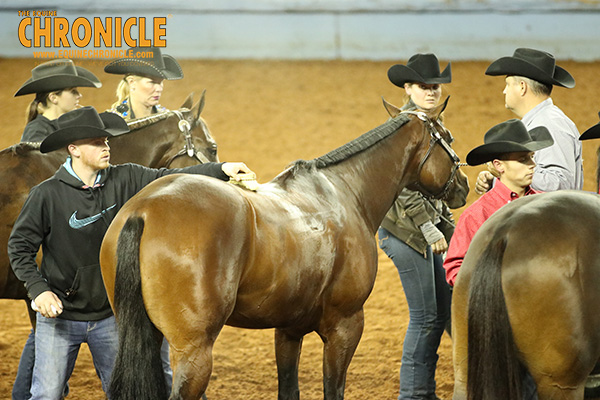 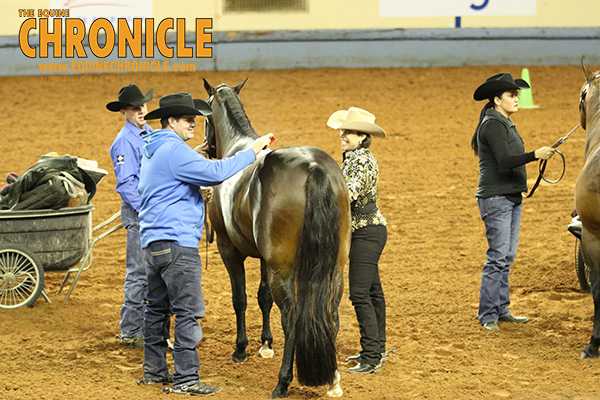 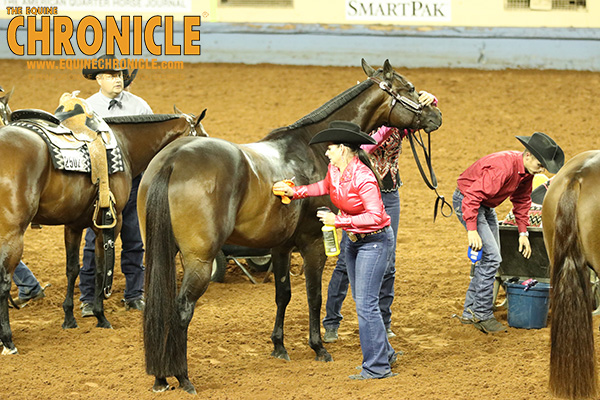 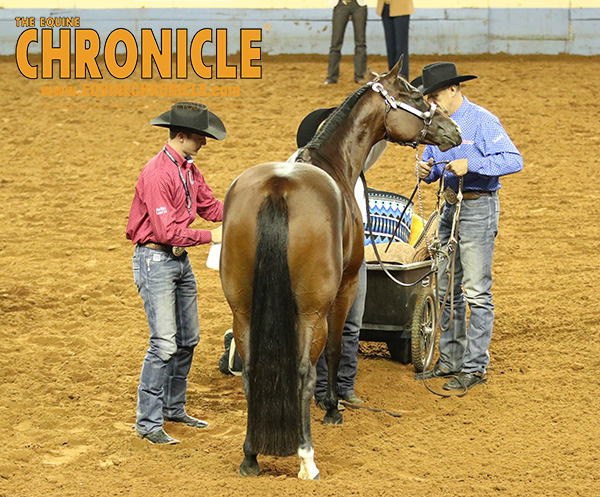