Congress From Home Kick Off! 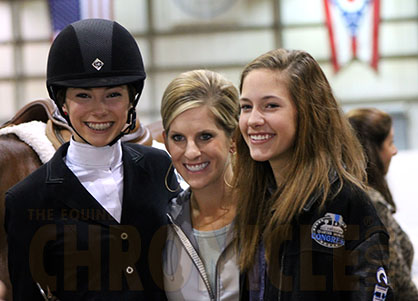 Right about now, you would be walking down the Midway, trying to decide between a Sweet Shop cinnamon roll or a German cream puff. You might take a stroll through the Gilligan to check out the elaborate stall decorations before enjoying the fall foliage on the trees outside of the Coliseum. Certainly, no Congress trip is complete without a visit to Puppy Alley and the Trade Show to check out the incredible variety of vendors displaying their wares. And that’s all before you’ve been made it to the Celeste to watch the top horses and riders in the country compete for the coveted title of Congress Champion.

Suffice to say, we will all be missing the Congress this year. However, you can relive the memories from years gone by as we share some of our favorite articles, interviews with winners, videos, and photos from the past. Stay tuned to The Equine Chronicle and our social media accounts throughout the next two weeks for our Congress From Home series.

To kick things off, let’s take a trip back in time to 2015, when the Tordoff sisters, Olivia and Alexia, racked up SIX Quarter Horse Congress titles. 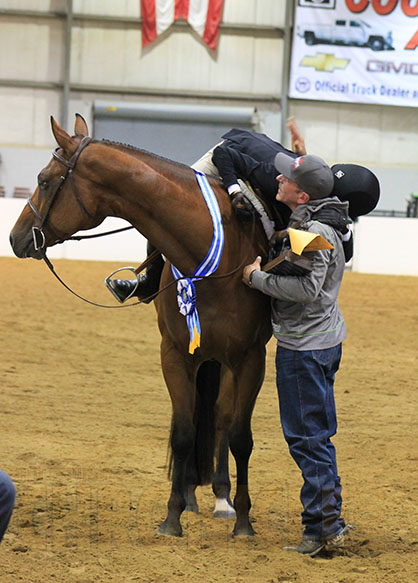 This afternoon, 14-year-old Olivia Tordoff added to her ever-growing Congress bounty by claiming another win aboard her 4-year-old gelding, Too Blazin Cool, in Youth 12-14 Hunter Under Saddle. Earlier in the show, Olivia and “Willy” were named the Reserve Congress Champions in Novice Youth 14-18 Hunter Under Saddle as well. In addition, Olivia rode her grey gelding, Sterling Version, to win both the 12-14 Horsemanship and NYATT Horsemanship.

Willy is a new member of the Wild Oats Farm family, having been purchased in September from trainer, Vicky Holt. The Congress is their debut as a team. “He’s pretty special,” Olivia says. “He packs me around pretty well. He’s four, so I always have to be checking in and making sure he’s paying attention. He’s really green right now, so I want to keep doing Hunter Under Saddle and hopefully add Equitation and just go from there.” Currently, the pair competes under the guidance of trainer Brent Tincher, who was extremely pleased with the pair’s final performance at the 2015 QH Congress.

The Reserve Champion in the 12-14 Hunter Under Saddle was Lauren Carnahan with Too Lazy To Zip. Third place was Madison Musser with Good Ridin Machine. Fourth place was Shelby Cochran with Just Sleep On It. Fifth place was Kateryn Gauthier with Allocate In Blue. 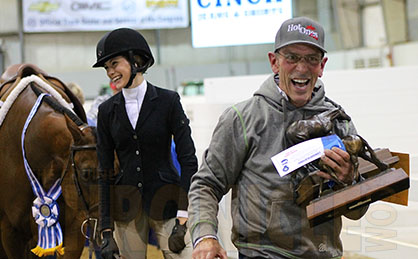 Not to be outdone, Olivia’s little sister, 12-year-old Alexia Tordoff, has done quite well here at the Congress too. She rode Blazing Hot N Gold, aka “Rooster,” to win both the Novice Youth 13 and Under Hunter Under Saddle and the 11 and Under Hunter Under Saddle. She showed her other mare, Huntin For Daisies, to place third in 11 and Under Horsemanship. The Congress marks Alexia’s last time in the show pen with her mare, because she will be retired to the broodmare barn this winter. “This was our last show, and I’m glad to end it well,” Alexia says. 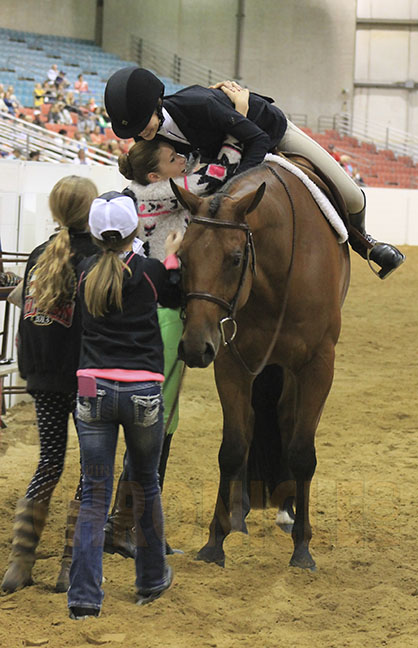 Incredibly, both of these talented sisters will be heading home from this year’s Congress with six titles (five Congress Champion and one Reserve) in two different disciplines. Granted, Alexia is the younger sister, but it’s not just her age that causes her to look up to Olivia. She praises her sister’s exceptional riding ability and good sportsmanship.

“It’s really fun to show with Olivia, because she is the one I really look up to,” Alexia says. “To see her win in Hunter Under Saddle was pretty cool, because she hasn’t shown in it since she was in small fry. I look up to her a lot!”

Congratulations to these two lovely ladies on such a successful Congress! 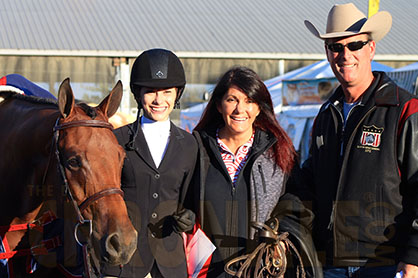