Congress From Home- 2018- After TEN Reserves, Forness Wins Am Horsemanship 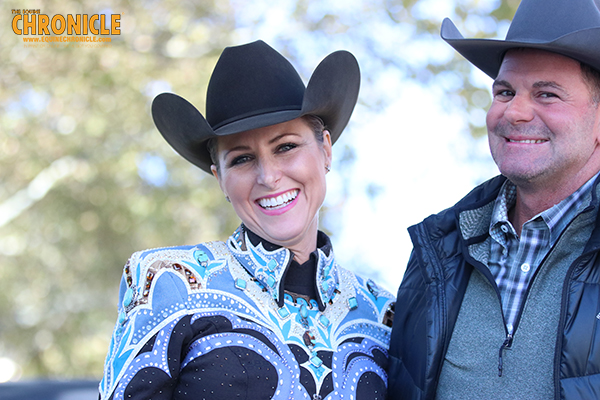 This was a very special story from the 2018 Quarter Horse Congress, when Michelle Forness, finally won Amateur Horsemanship after accumulating over TEN Reserve Champion titles. We also got some spectacular photos with her hubby afterwards.

Some wins come relatively quickly into an equestrian’s career, while others may be decades in the making. Michelle Forness has been competing in Horsemanship at the Quarter Horse Congress for many years now and has accumulated over ten Reserve Champion titles, but she’s never won, until now.

“We FINALLY did it!” she exclaims. “The last five years to six years, I’ve been Reserve, with the exception of one year that Robin judged. And then I had a few other horses I’ve been Reserve with like Star Studded Rolex.” 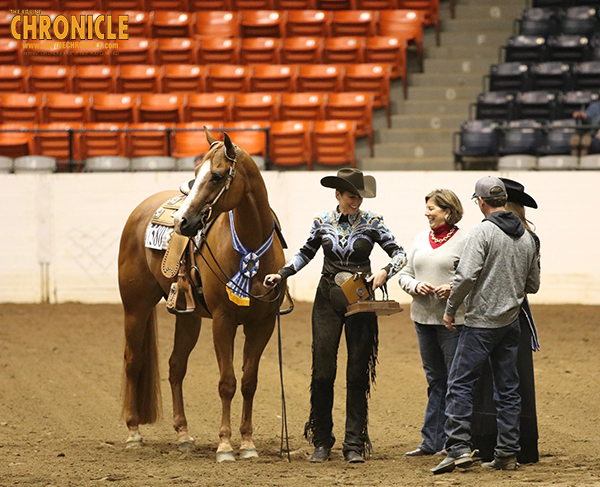 Michelle’s partner for Amateur Horsemanship was 12-year-old Stretch Machine. While “Stretch” is a big, beautiful, and athletic horse, Michelle is the first to recognize that he has some distinctive quirks. “Two days ago, when it was windy and this tent was blowing, I couldn’t even make it into the arena. When he got so excited, I just put him in his stall for the rest of the day. He needs to have his own little private time and just meditate on his own.”

After a day of rest and relaxation, Stretch was ready to go in the Amateur Horsemanship finals. “The second time I ran even harder. I let go with my seat a little, and he shut it down. He was right there every step. He was very good on his corner, especially on his left lead corner. I could tell everybody was being safe with that corner, and so I went straight to the cone and then turned. He stuck right along there with me.” 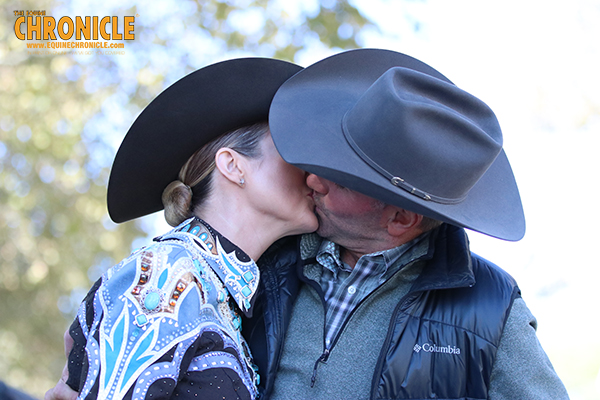 Michelle and Stretch compete under the guidance of Robin and Jenny Frid and have done so for the past seven years. They compete in classes like Showmanship, Horsemanship, and Western Riding.

“He’s 12 now, but he’s still fresh and so athletic. He’s such a big horse. The neck ribbon wouldn’t even fit around him. I’ve kind of been looking for a project, but to find something that big and athletic is hard to do, and he’s only [quirky] here. Everywhere else, ten minutes out of the stall and you can go show him. I think he knows it’s a big deal, and he steps up and gets excited too, or he’s just totally afraid this awards thing is going to happen and he will have to be the last one in the arena!”

In early March of this year, Michelle had an accident in a cattle stripping chute and separated her pelvis, so she’s had to work hard on adjusting her body position, per her trainer’s recommendations. “Robin always says to open my pelvis, but I say that it doesn’t do that anymore! I’m 43 years old and have had a little trauma. Also, we do the building out for the stalls, so we’ve been here forever. When you’re this age, the body starts to hurt a little more.” 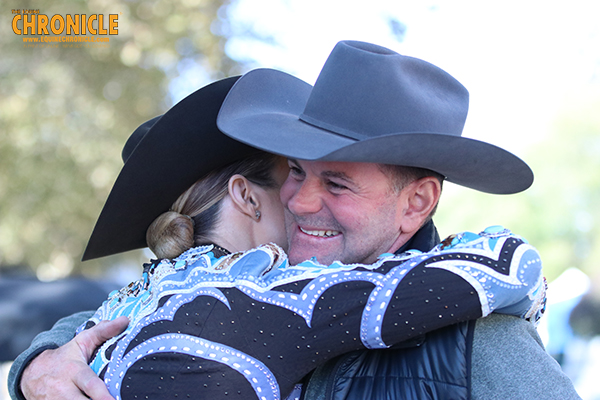 In order to get into the right mindset for competition, Michelle has a little trick. “I sing a song in my head when I show, and it’s the same one. It’s Zac Brown Band’s Quiet Your Mind. It’s got a good one-two beat, and I sing it to myself. It’s got a good little build to it, so when I did my gallop, I was singing that part to myself and hearing the drums in my head. I try to stay in my head and not worry about what’s going on everywhere else.”