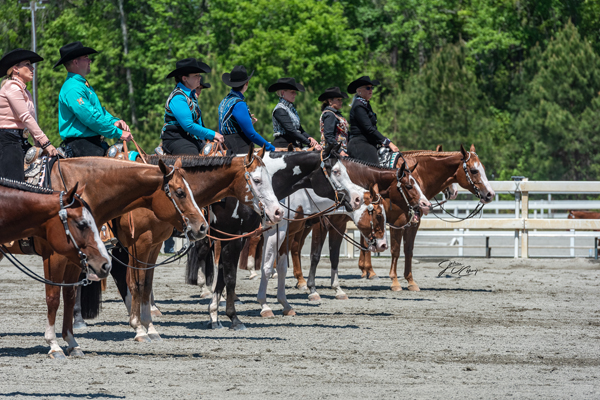 Western Pleasure – love it or hate it, it’s a very recent and always rehashed topic of discussion across social media, in the barns, and at the shows.

Tom Powers says, “Even if you love it, the class is not being well attended at the shows to say the least. Numbers are shrinking rapidly in general. Everyone is quick to express their opinion, but no one is coming up with a solution.”

Coming up at the Tom Powers Triple Challenge Futurity, June 28th-July 3, 2022, in WEC Wilmington, Ohio, will be the new “Two Year Old Extended Western Pleasure Class,” for both Open and Non Pro divisions. In those classes, the horses will mainly be judged at their moderately extended gaits. This will be a “non-approved, in-house class”.

“It is a traditional Western Pleasure class. that will be mainly judged at the moderately extended gaits but we will have them take a few steps at a regular gait as well.  It isn’t going to be about speed, but about the horses going where they are most comfortable.”

The horses will not be penalized for performing off the rail, but they will not be able to cross enter to a regular Western Pleasure class.

“The Two Year Old Extended Western Pleasure at our Triple Challenge Futurity is something we think may be an opportunity for trainers to put another two year old in the trailer, just like longe line did years ago,” he says.  “It’s time for a change.”

Powers notes that the short time frame may prevent adding the class to the official showbill, but exhibitors can count on the class being offered.

For more information on the Tom Powers Triple Futurity, and on the Blue Sky Circuit, visit their website:  tompowersfuturity.com