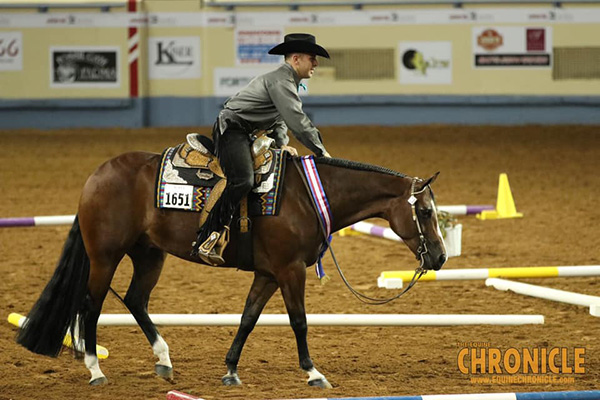 Blake Weis was in the saddle of So Good To Be Me to win Senior Trail this morning at the AQHA World Show. This is Blake’s first win in the senior division and “Robin’s” first win in senior as well.

Caroline Cavallo has owned the 8-year-old gelding since just after he was crowned the Junior Trail World Champion with Blake many years ago. Since then, he’s made it back to every Senior Trail finals, and, last year, he was the Reserve Champion. “He’s done it every year. We were Reserve last year, and we were super happy with that. Then, this year he did it!”

Caroline describes Robin as a somewhat quirky horse. He actually gets quite nervous when he competes in Trail. “He’s a little unique. He get very nervous in Trail, which is actually a good thing, because he never wants to hit anything. In the prelims, when he had to walk out of the box, everyone was joking that he looked like cat because his back legs were going so high!” 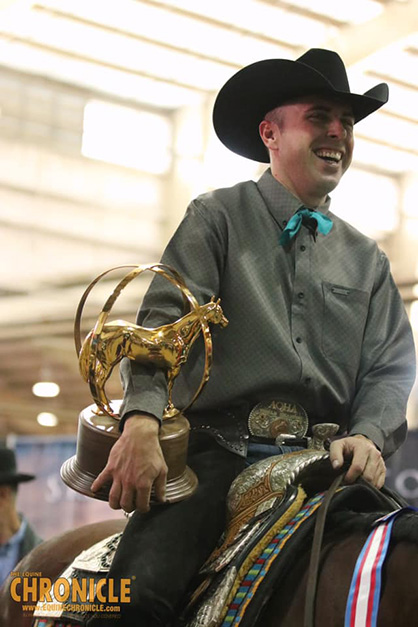 “He’s so special. He and Blake are such a dream team. I could never imagine owning a World Champion. He will have a home for life with us.”

Caroline’s favorite portions of Robin and Blake’s pattern in the finals were their slow work and lope-overs. “I think his slow work was phenomenal. He didn’t get nervous, and his head and neck were level the entire time. I especially like the way he moves in his lope-overs, and I think his slow work today is what made him really exceptional.” 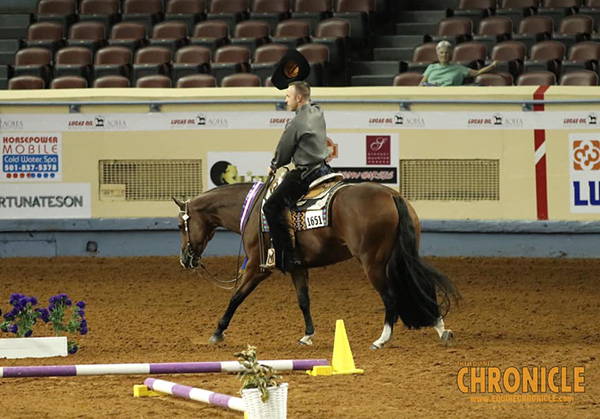 This year, Caroline has been working on adding new events with Robin, including Amateur Horsemanship, and she’s excited for what the future will bring. Later in the show, they will compete in Amateur Trail.

“I think, if we do well, it will just be icing on the cake and it will make everyone’s two weeks fabulous. If not, he’s still amazing, and we still love him.”