Big NRHA Rule Change For Non Pros- How Would This Look in AQHA or APHA? 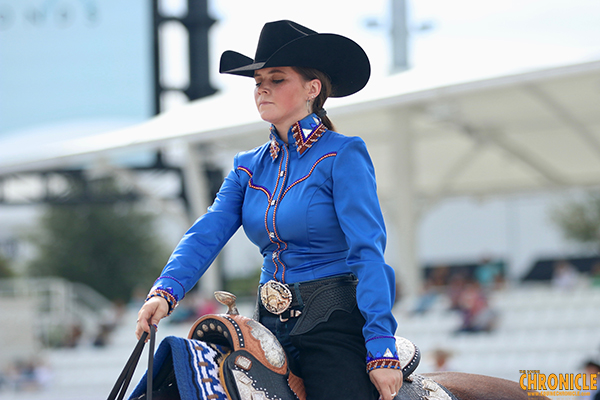 On June 30, 2021, the National Collegiate Athletic Association (NCAA) made the decision to suspend the organization’s original rule that prohibited athletes from selling the rights to their names, images, and likenesses (NIL). This change marked a huge shift in the discussion about what defines an athlete as an amateur versus a professional.

The new policy will allow all NCAA D1, D2, and D3 student-athletes the opportunity to be compensated for their NIL (name, image, likeness). This means that collegiate athletes can now do things like secure sponsorships with companies, monetize their social media, participate in advertising campaigns, or receive free items in exchange for promoting businesses. Furthermore, athletes will be allowed to sign with agents to help them acquire these endorsement deals.

The NCAA NIL rules don’t override state, college, or conference specific rules, so athletes will need to check on what limitations apply to their specific situations. In addition, high school athletes should be extremely careful when looking at monetizing their NIL while still in high school, because doing so could violate their high school or sports’ association rules and jeopardize their eligibility.

Because NIL laws vary from state to state, and even school to school, there is no overarching policy in place for collegiate athletics at this time. It’s expected that Congress will pass legislation creating a uniform NIL standard for all college athletes in the future. Also, national governing bodies are starting to create their own NIL guidelines regarding amateur status. These are three great resources for more information: NCAA- Taking Action, NCSA Sports- NCAA Name, Image, Likeness Rule for College Sports and ESPN- NCAA Name, Image, Likeness FAQ.

Suffice to say, the situation is exciting… but complicated.

Enter the Horse Industry- NRHA is the First

This is something that has been coming down the pipeline for many years now, especially with the overwhelming popularity of social media now being utilized as a method of making income. But what does this have to do with equestrian athletes, you might ask?

In August of 2021, the National Reining Horse Association (NRHA) reviewed and unanimously approved two rule changes that went into effect January 1, 2022. According to a NRHA press release, one of the rule changes allows NRHA non-pro competitors to have sponsorships and endorsements. It’s not exactly the same as a NIL policy, but it’s a close cousin. However, there is an important restriction to note. “All other requirements of the non pro conditions restricting the receipt of remuneration for training or showing in any equine discipline, or giving instruction on the showing or training of a performance horse,” remain in effect and must be abided by.

This topic has been bandied about in the horse industry for a few years now, but there’s no doubt that the NCAA’s recent decision to allow college athletes to benefit from their NIL was a consideration in moving this rule change forward.

The NRHA press release indicated that every member of the Non Pro Committee was of the same mind that receiving free products doesn’t give an exhibitor an advantage in the show pen. “A professional is someone who is paid to train, coach, or show,” explains Non Pro Committee Chair Ginger Schmersal. “Receiving free feed or leg boots or supplements won’t make an exhibitor perform better in the show pen. It will, however, help their checkbook, and that is something that can help every non pro.”

Of course, the popularity of social media is undoubtedly a driving force behind this change for athletes across all sports and disciplines.

“Someone may not be a top rider, but might be an influencer on social media or have a loyal following,” Schmersal explains. “Even if a feed company just gives them a couple bags of feed, it can help. This is a great opportunity for brand new sponsors to be introduced to Reining. Our non pro members might have bosses or family members who want to sponsor them, which benefits not only that member, but also their sponsors and NRHA,” she said.

The new NRHA rule reads as follows: “Non Pro may appear in advertisements and/or endorse products or services. Remuneration, direct or indirect, may be received for these activities. However, the Non Pro must abide by all other requirements of the Non Pro Conditions and refrain from engaging in Prohibited Activities.”

Such Prohibited Activities relate to ownership and immediate family rules, as well as rules related to the sale or transfer of horses. An additional change was made to the description of the payment of expenses. “Entry fees and/or show-related expenses paid by anyone other than the Non Pro, his/her immediate family, or a family-owned business entity as outlined above shall be considered remuneration and could jeopardize Non Pro status.” 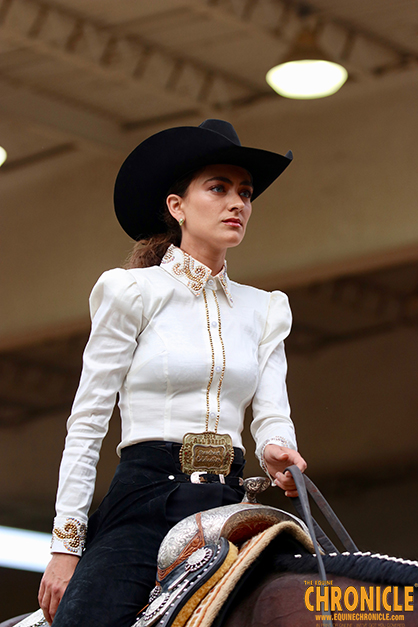 Given these recent changes, it was no surprise that when APHA released their rule change proposals for 2022 that a similar topic was listed. The proposed rule- CONTROL #AM-010-2 includes the following. “Allows amateurs to benefit from their name, image, and likeness by receiving products or service endorsements without losing their amateur eligibility.”

Listed within the rule proposal originator’s justification for the change, the following information is noted:

“With our current Amateur rules, an Amateur cannot receive payment of entry fees and/or expenses by anyone other them the Amateur’s immediate family. This would enable an Amateur to receive any type of sponsorships or endorsements. With recent rule changes, this would no longer be a violation with NRHA or collegiate sports. If this rule change is not passed, we run the risk of losing many of our NRHA and collegiate members that cross over and show Paint Horses. Also, there is a tremulous growth with social media influencers. If we do not allow our Amateur the ability to receive endorsement and utilize their social media platforms, we could discourage them from showing and competing with APHA.”

Listed within the originator’s intent for change is the following information:

“The intent for this rule change proposal is to develop the Amateur Program, so we are not limiting our Amateurs as social media grows as well as give Amateurs the ability to make showing more affordable. Also, to follow industry standard as this has already been approved by NRHA and collegiate sports.”

This rule proposal is headed to the appropriate advisory committee for consideration at the 2022 APHA Convention. Like other proposals, if it’s passed out of committee, it will be voted on by elected state directors. Rules passed by state directors have effective dates of January 1, 2023 unless early implementation is granted.

11. Review member request to amend SHW225: Amateurs may appear in advertisements and/or endorse products or services. Remuneration, direct or indirect, may be received for these activities.

If these rule change proposals are passed within AQHA and APHA, to be in accordance with NCAA and NRHA rules, what might the future look like? Of course, a college basketball or football star is going to receive more endorsement attention from companies like Nike or Adidas than an equestrian, but that doesn’t mean that college/amateur/non-pro horseback riders don’t stand to benefit.

For example, an equestrian might be sponsored by a feed company or tack business. Another might be able to parlay their social media following to obtain free products like horse supplements and give their followers discounts. An equestrian might be endorsed by a show clothing company and receive their equestrian attire in exchange for cross promotion. Likely there would be restrictions with any approved rule change, but the possibilities are endless.

That’s Not All Folks

But that’s not all… NRHA has announced another big rule change, which allows youth riders to work for NRHA professionals, with conditions. Stay tuned for an upcoming article highlighting that change and what it might mean for the horse industry as a whole.