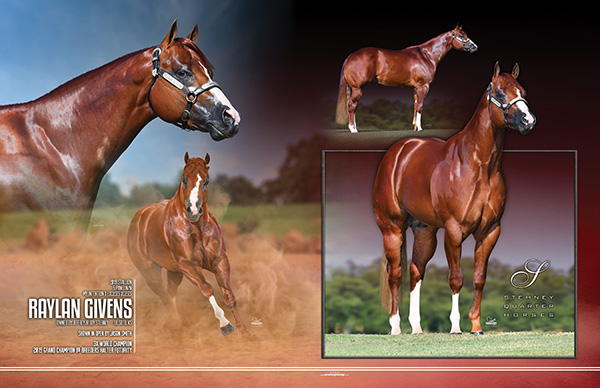 They will be placing their stallion, Raylan Givens, a 2019 N/N stallion by My Intention and out of Excuses Xcuses, in the 10th slot of the BHF Amateur division. This young stallion has an impressive show record having earned three AQHA World Championships, BHF Championships in Amateur and Open, and a BHF Grand Champion Amateur Stallion title. He will stand at Snow Quarter Horses. The stallion’s 2023 weanling foals will be eligible for the BHF Amateur and Open classes.

Fun Fact: Joy was watching the television show, “Justified,” when her colt was born. The main character, a marshal in the show, was named Raylan Givens. When the handsome colt was born in Kansas, the name seemed fitting. Before competing with Raylan at any major horse show, Joy watches Justified for good luck. 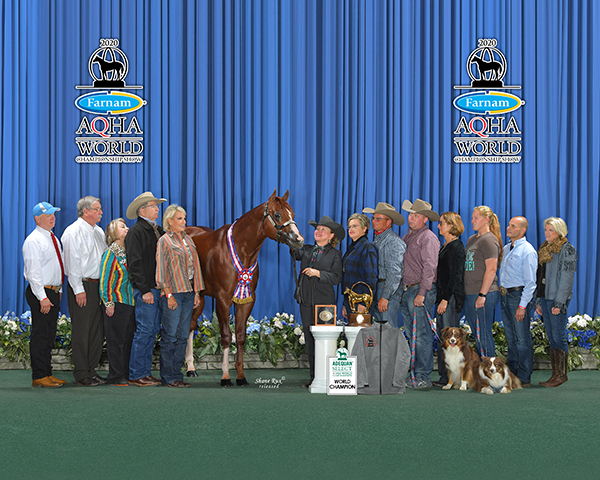 Joy bought her first Halter horse in 1999. At her first horse show, in 2000, she tried to compete in a short-sleeved shirt. After borrowing a jean jacket and a cowboy hat, she ended up showing her horse facing the wrong direction. Jason Smith entered the picture in 2001. Together, they have earned eight AQHA World Championships and many BHF Championships.

The first AQHA World Championship that Jason earned with one of Joy’s horses was Raylan Givens at the 2019 AQHA World Show in Open Weanling Colts.

Look for exciting things from the Stehneys and their homebred stallion, Raylan Givens, in the future.