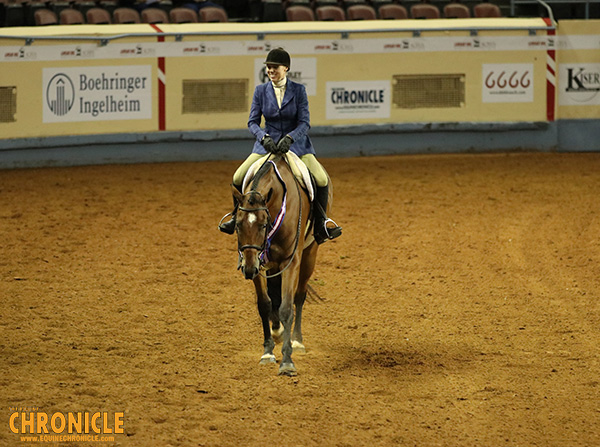 The owner of the 4-year-old bay named “Prescott” is Debbie Hodde, who not only bred the gelding but also bred his grandmother and mother. Debbie has been breeding horses for 25 years and this is her first World Champion.

“He’s by Allocate Your Assets and out of Only Blue Couture, which is Blue Couture’s firstborn by Hot Ones Only. He was an embryo that I reserved when I sold that mare to Holly Johnson,” Debbie says. 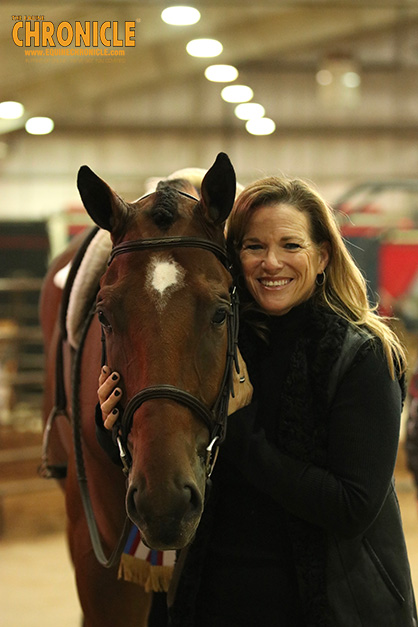 But Prescott wasn’t always the sleek and shiny show horse that he is today. “It’s interesting, because he only lived out in the pasture when I’ve owned him. I brought him straight out of the broodmare pasture to Beth. He was a chewed up, skinny, gawky, and ugly, two-year-old. He was an easy horse; but, in the barn, he has quite the personality. He’s a little feisty, but not in a bad way.” 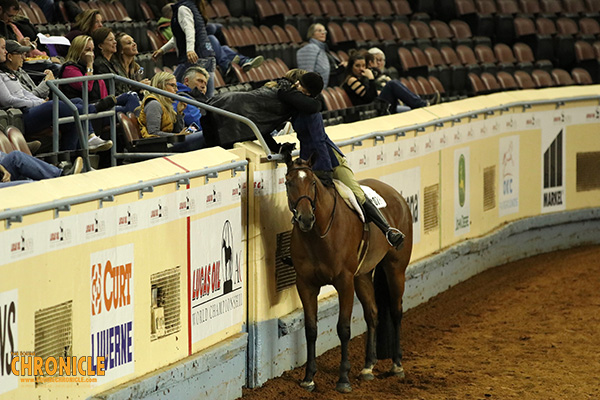 Although Debbie didn’t get to watch much of Prescott’s preliminary go on the live feed, she was able to watch the finals today. But it was even more nerve-wracking being here in person. “I was very nervous. I watched the prelims on the live feed, but you can’t really see what’s happening. Today, I thought it was a great set of horses and with the judges that were out there I had no idea what was going to happen. I think I prefer futurities, because they kind of let you know what’s going to happen with the individual placings. The countdown kills me. It’s the most nerve-racking thing.”

Next, Aaron Moses rode For One Night Only to win Senior Western Pleasure.

Aaron actually started “Sid” as a young horse when he was an assistant trainer with Gil Galyean. “Sid is a really special horse and has been his whole life. I rode him when Gil had him in training. I showed him when he was a two-year-old, and he’s been special all along.”

Since that time, the Roberts family owned Sid, and he won many a World and Congress title under Rusty Green’s tutelage. Then, his current owner, Linda Neece, brought the now seven-year-old gelding back to Aaron. 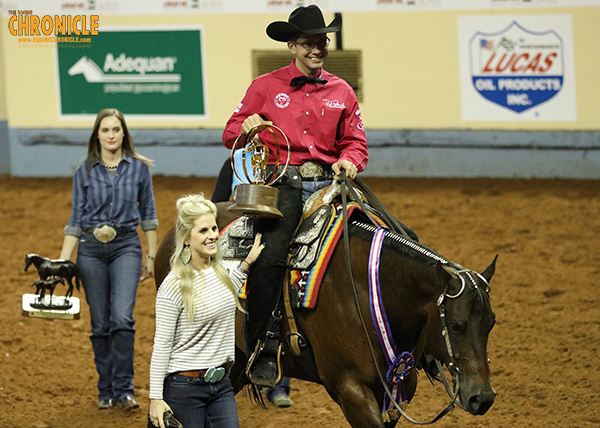 “He’s very similar. Obviously, he’s more mature now, but he’s still the same horse, for sure. I think he’s a great mover and has presence in the show pen. Ever since the first time I saw him, I thought he had a cool  look. He’s really rhythmic. He’s probably one of the best feeling horses that I’ve ever ridden. I think he’s the definition of what a Pleasure horse should feel like. He’s comfortable, pleasurable, and carries himself with rhythm. He’s very natural.” 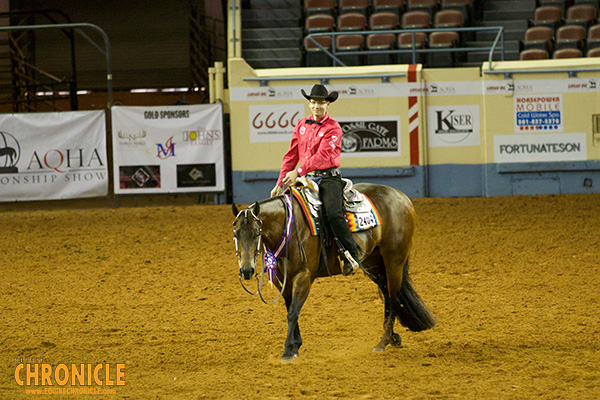 This win was particularly bittersweet for Aaron and Linda, because Linda lost her husband just a few months ago. “Sometimes, it’s bigger than horse showing and this is one of those things.”

“Last year, he was third in Driving, and then today he was second in Hunter Hack, and now he finally got his gold trophy!” Chuck says. 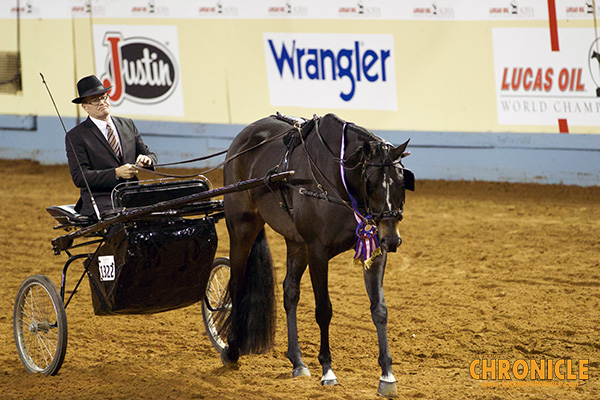 Rocky is owned by Nancy Gulick of Montlake Farms, who won a Reserve Championship in Driving this year at the Select World.

“When he gets good, he’s very soft, and he touches the ground with those two, white front feet and it accents his movement.”

Coming up next, Chuck and Rocky will compete in Senior Working Hunter.