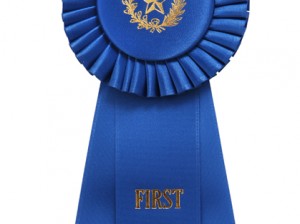 WACO, Texas – No. 8 TCU claimed a 3-2 decision in Horsemanship Saturday afternoon, but the Horned Frogs dropped a 12-8 outing to No. 2 Baylor at the Willis Family Equestrian Center.

“While we would have liked to have taken home the win today, we are very pleased with where we at as a team,” said TCU Director of Equestrian Haley Schoolfield. “To come into the No. 2 team in the nation’s home facility and almost come away with a win, it shows us that we are heading in the right direction. Today we had some strong rides and unity. We are looking forward to being back in Waco for the Big 12 Championships in March.”

On the day, sophomore Chantz Stewart scored her second MOP accolade of the season in Reining, but the Horned Frogs moved to 5-4 overall and 2-2 in conference play with the loss.

The Frogs appeared to be well on their way to upending the Bears in Western Saturday, but battled to 5-5 draw. Baylor was able to earn the victory in the discipline, outscoring the Purple and White slightly, 701-699.5.

In Reining, Stewart led the way, scoring a 72.5-71.5 decision over Shelbey Jackson to claim MOP accolades and move to 3-1 in conference action this season. Shelby St. Hilaire was also victorious in the event, upending Elizabeth Shank, 73-67.

On the Hunt Seat side, the Purple and White fought hard, but ultimately dropped a 7-3 decision to Baylor. In Equitation over Fences, Kaitlin Perry and Molly Peddicord scored victories, dropping Alicia Gasser and Ashley Ann McGehee, respectively. Perry improved to 4-2-1 on the season, while Peddicord brought her season record to 6-2-1 overall. Kari Hancock, who moved to 2-0 on the year, was the lone victor on the Flat Saturday, dropping Paige Parker, 89-86.

TCU will close out its home schedule Saturday, Feb. 22 against Oklahoma State. Start time is set for 11:00 a.m. CT from Springtown.