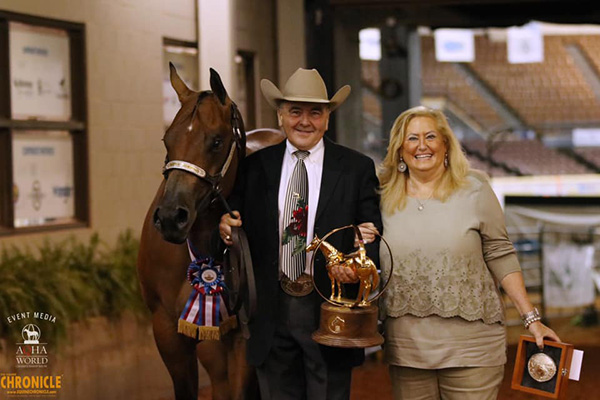 Congratulations is in order for a few World Champions that have been crowned today at the AQHA World Show.

Tom Robertson was at the lead of Baewatch to win Yearling Mares for owner, Warren English. Earlier in the show, Corinne English led the filly to a win in the amateur division. Then, Warren led the mare to win the Select division, completing the hat trick for the English family.

In addition, Warren and Baewatch were the unanimous winners in their class and Corrine and Baewatch received three firsts, a second, and a third. This beautiful, bay mare is a 2020 model by Evinceble and out of Milans Touch Me that was bred by Scott and Kelly Trahan. Reserve was Buddy Laney with FG My Lady. Third was Ross Roark with FR Carpe Diem. 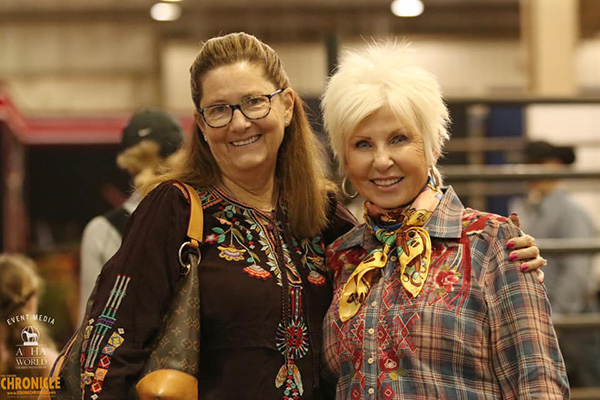 The winner of Yearling Geldings was Ross Roark with TNR Latte On Ice for new owner, Amy Jo Erhardt. Reserve was Tim Finkenbinder with Amazing. Third was Jason Smith with Mudd Bubbles.

Amy Jo just purchased the gelding one week ago from friend and fellow exhibitor, Suzonne Franks. “Festus” is by Ecredible and out of Coolatte. 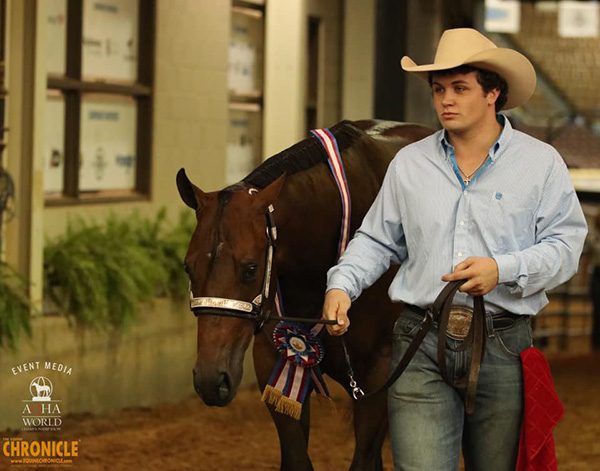 “When I first saw him, I noticed how beautiful he was,” Amy Jo says. “He’s so pretty, big, tall, and bay. He’s just a very pretty horse.”

The horse is currently being fit by Ross Roark, and Amy Jo is excited to have the opportunity to show him in the amateur division next year. “I love having the young horses and watching them develop,” she says.

“We’re excited for Amy and know that he has a great future ahead of him,” Suzonne adds. 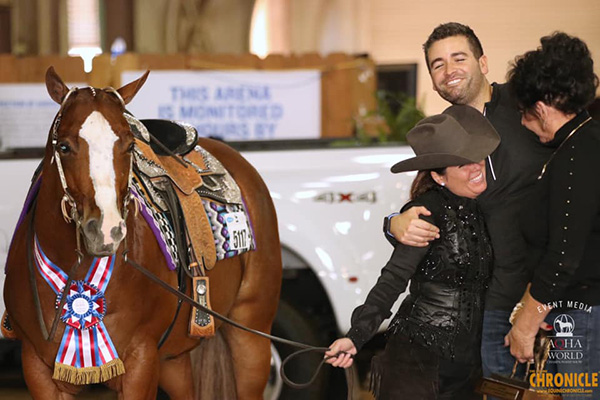 The winner of Senior Trail L2 was Amanda Jackson with Im Hott Your Nott. This was a thrilling win for Amanda, because it’s her first time winning a title at the AQHA World Show, but it’s in a class she’s not very familiar with.

“This is my first time showing Trail at the World Show as I usually do more of the rail events,” she says. “I’ve been showing all year, and they let me show this amazing horse, Rudy, and we did it!”

Amanda was in the saddle for owner, Ingrid Miller, on behalf of Vickery Performance Horses. “I went to work there about this time last year, and they’ve taught me so much about Trail and All-Around events. They’ve made me step out of my comfort zone, of doing Western Pleasure, and I really appreciate it.”

Stay tuned for much more coming from the AQHA World Show. 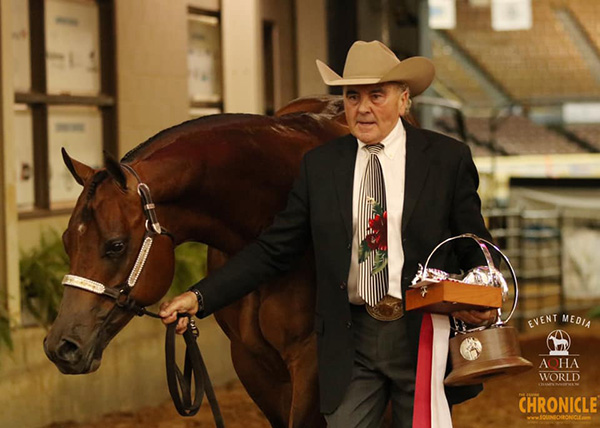 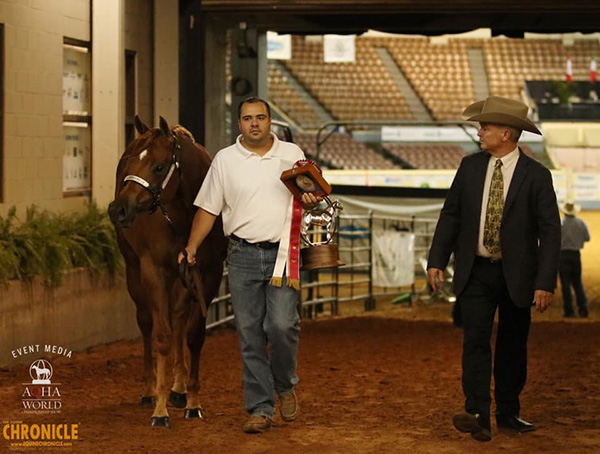 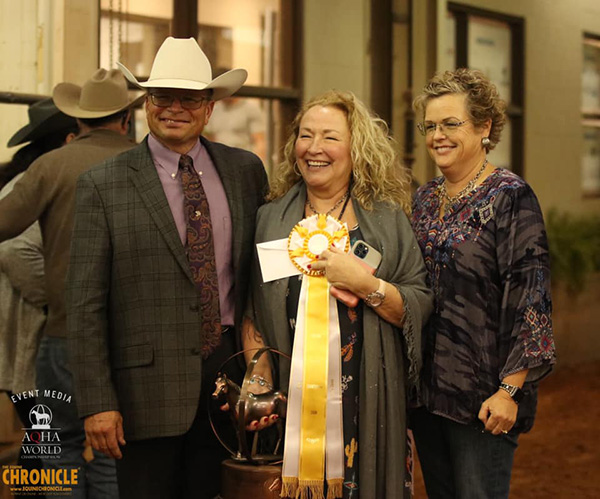 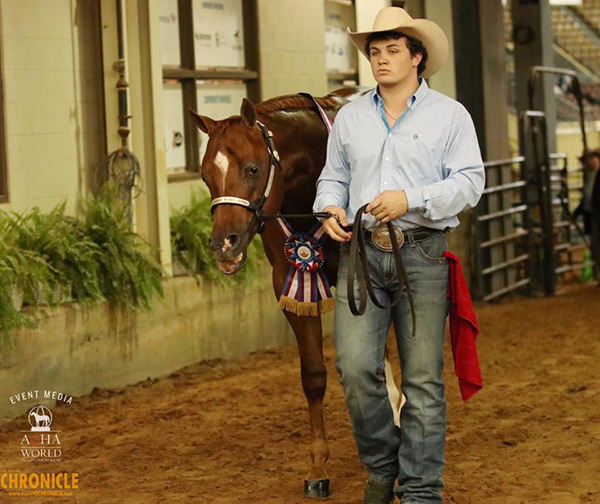 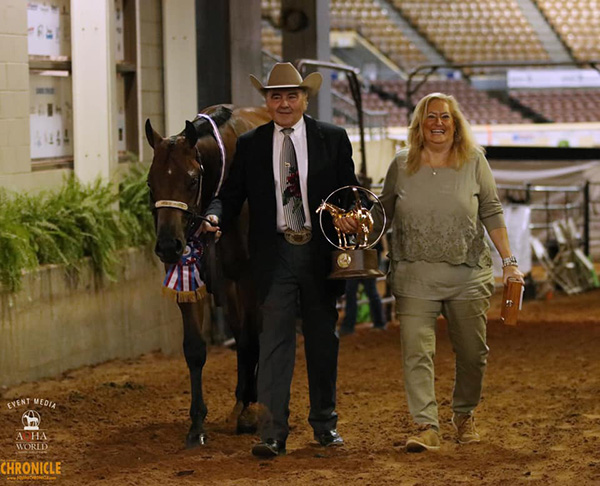