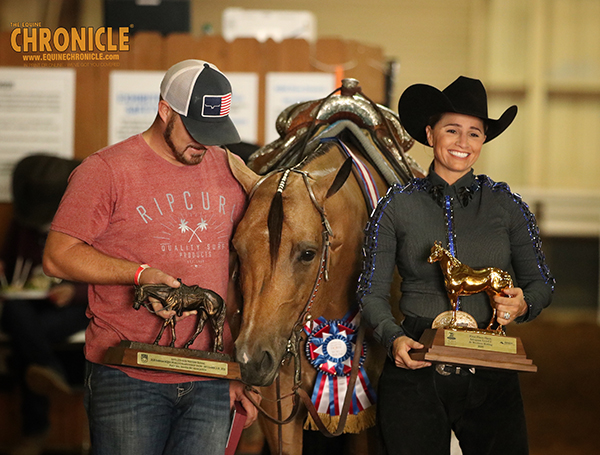 Today’s champions at the 2020 AQHA World Show include those competing in Halter, Trail, and Western Riding.

Kelby was actually the person who broke out the 6-year-old gelding named “Pete” back when he worked for Jay and Kristy Starnes. The fact that he could come to the AQHA World Show today, for the first time, and win his first World title is very special. 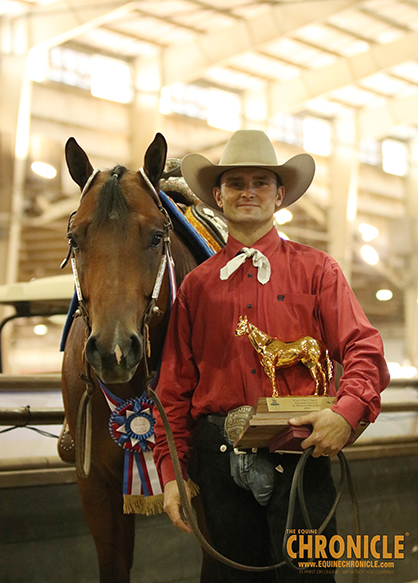 “He’s a little soldier. He does whatever you ask,” Kelby says. “He’s the best. He’s got the best mind and is talented. He’s everything you want. His topline is always good, and he’s so steady. He’s very even from front to back, and he does all three gears. He doesn’t ever break any rules.”

“This was actually the first horse that I broke in when I [came over from Australia] to work for Jay and Kristy Starnes.”

Monte Horn was the winner of Weanling Colts with KR The Xtreme One. Reserve was Jarrell Jackson with Mr Fabulous. Third was Tim Finkenbinder with Remingtonn. Fourth was Ross Roark with Theo. Fifth was Tom Robertson with Piece Of Cake. 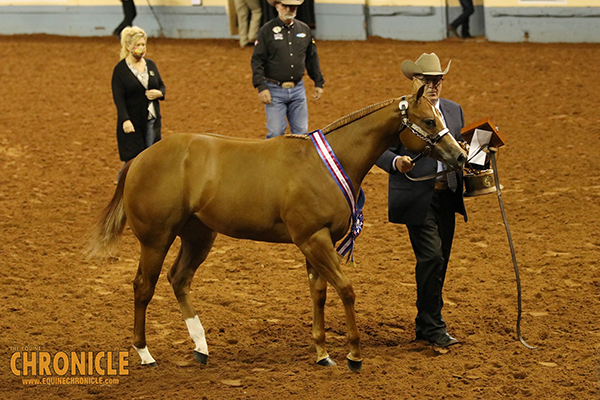 The winner of Yearling Geldings was Tim Finkenbinder with BRT Send Me. Reserve was Ted Turner with Empowred. Third was Jason Smith with Luckly Employed. Fourth was Ronald Stratton with Thats Sole. Fifth was Tom Robertson with Stormy Krommer. 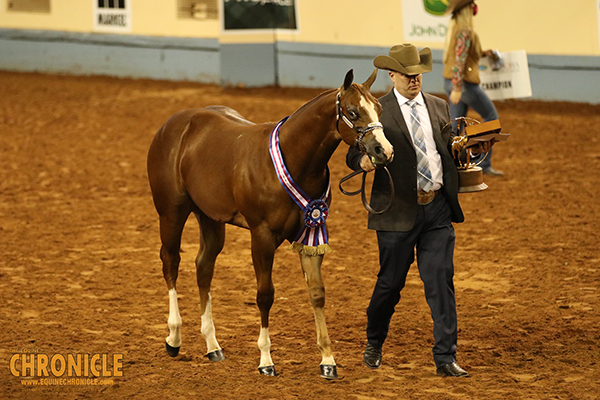 In Weanling Geldings, the winner was Chris Arentsen with Bullet Proof Secret. Reserve was Kelley Stone-Wainscott with The Original. Third was Andy Staton with TB Forever Cool. Fourth was Ross Roark with Fearless Premo. Fifth was Jarrell Jackson with TB Royalty.

Bullet Proof Secret is by Secret Gunfighter, a stallion Chris stands for Karry Voss. “The Wood family, customers of mine, raised him and asked me to come up and take a look at him, because they thought they had something special. Rick and Sherri Baker came to the barn after I’d had him about a month or two and bought him. He won the Mare Power class at BHF and Weanling Geldings.” 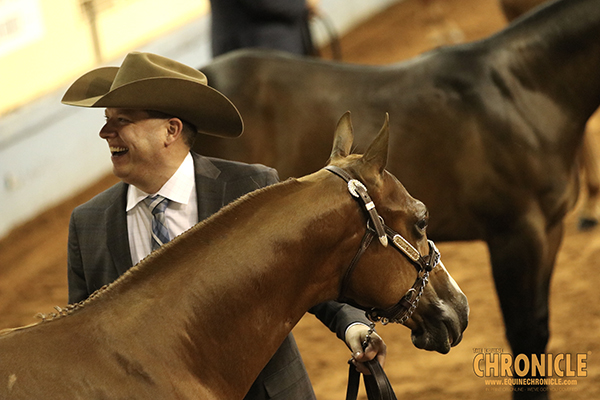 “He’s really good-legged, big, and he’s up in the air. He’s got a lot of substance but has a lot of pretty and presence to him. I’d like to thank Rick and Sherri for believing in me and letting me show him today.”

Rick Baker led The Krymsun Invester to win Performance Halter Geldings. Reserve was Andrea Simons with Hez Blazin Trouble. Third was Gretchen Mathes with Huntin A Hot Cowgirl. Fourth was Jennifer Paul with Ever So Sudden. Fifth was Chad Evans with Who’s Your Bay Bae. 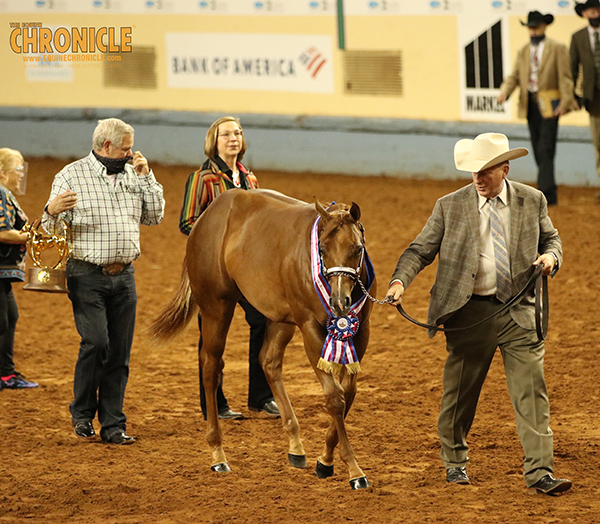 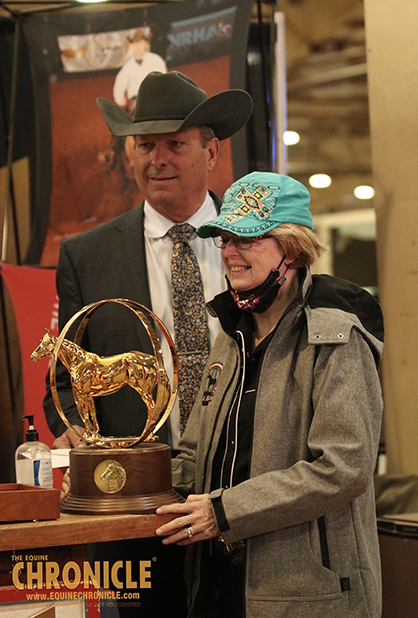 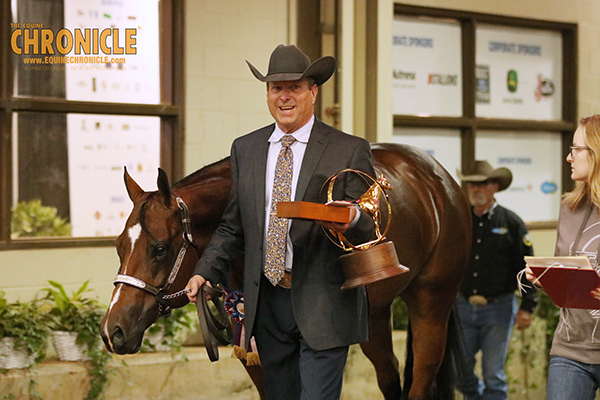 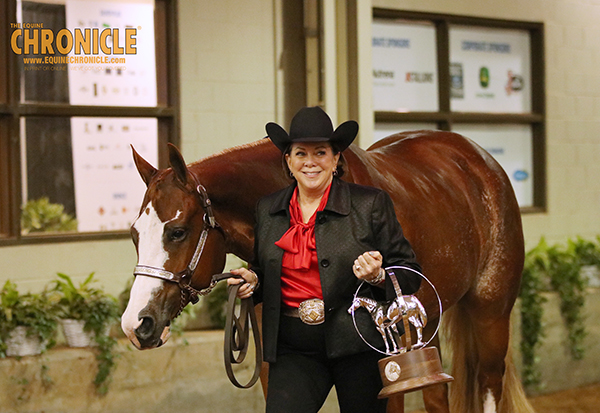 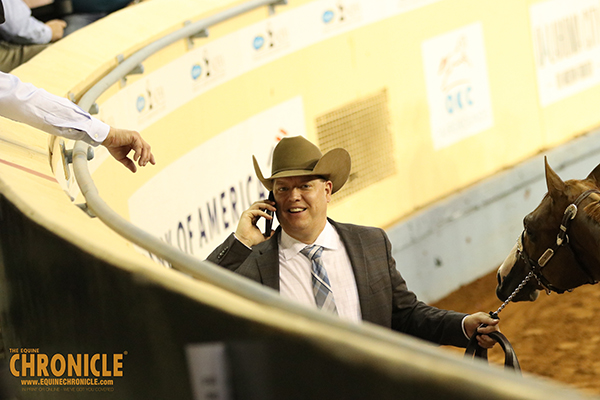