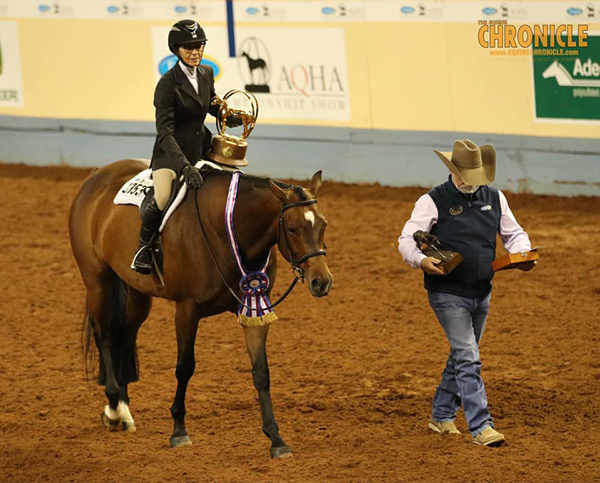 “Unfortunately, Max’s owner, MJ Fowler, had a little accident earlier in the week and was not able to compete. Fortunately, I was able to get the ride on him,” Linda says. “He’s a fun, little horse. He went in and rose to the occasion. He was a little green here in the prelims the other day, but he settled in nicely today. He went in and walked around for a minute, took a deep breath, set off on a canter, and never looked back.”

Interestingly, Max’s background is as a Western-bred horse. “I don’t know what his previous life was, but I do know that he changed careers, came to be a Hunter, and here he is. MJ has done a great job with him. He’s straight and true to the jumps. He’s real fun to ride.”

“The Progressive is basically for a green horse learning how to do the job to be a Working Hunter,” she says. “It’s a pretty level playing field for them. Then, he also stepped up in the senior and was third. That was a pretty deep pond to jump into, because there were some pretty, lovely, senior horses. Then, Jerry Erickson showed him in the Hunter Hack and that was a last minute ride. MJ was going to try to show him, but she wasn’t feeling up to it, so we grabbed Jerry in the aisle this morning, and he did a great job. Max is an easygoing guy.”

“Lainie DeBoer called me about a month ago, and was unable to come, and asked if I would take the ride on him. She wins everything on him, so I wasn’t sure if I wanted to do that! I said, ‘Thank you, Lainie!’ He’s a lovely horse too and beautifully broke. He jumps straight and true. He makes me look good. All I have to do is keep him in between the standards.” 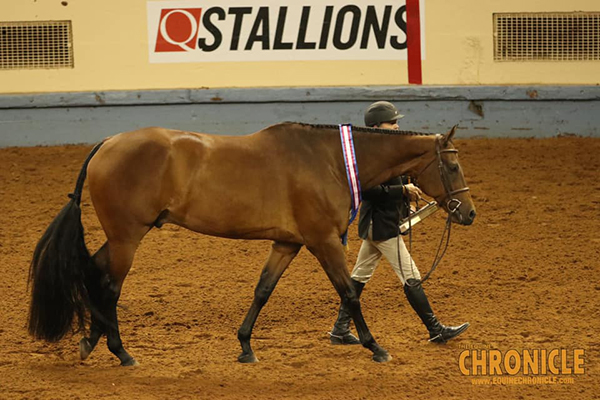 Chuck and Dancin N The Dirt

Stay tuned for results of the last remaining Halter classes at the show, which are coming up fast!