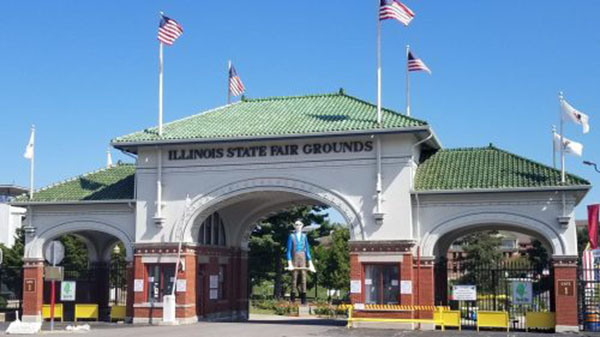 MOSCOW, IDAHO – In a special session held March 24, 2021, the Appaloosa Horse Club (ApHC) Board of Directors voted to enter into contract negotiations with the Illinois State Fairgrounds in Springfield, Illinois, to host the 2022 and 2023 National and Youth World Championship Shows with an option for a third year. The 2022 show would be tentatively scheduled for June 21-July 2.

This contract would result in Springfield being home to the 75th anniversary of the National Appaloosa Show, the longest-running, single-breed horse show in the nation, in 2023. The first National Show was held in 1948 in Lewiston, Idaho.

ApHC members were offered the chance to weigh in on the decision via a survey. More than 700 responses were collected, and the full results can be viewed at: https://sub.appaloosa.com/pdfs/2022_NationalShowSurveyResponses.pdf

Beginning in 2021 in Tulsa, Oklahoma, and continuing into the future, the National Show will award national points under each judge to count toward year-end and lifetime awards. Also, National Show champions will automatically qualify for the World Championship Appaloosa Show in that class.

As the appointed task force proceeds with negotiations for 2022 and beyond, the ApHC continues to prepare for the 73rd National & Youth World Championship Shows in Tulsa, Oklahoma, July 26-August 1, 2021. All show updates will be posted on the National Show page on www.appaloosa.com.