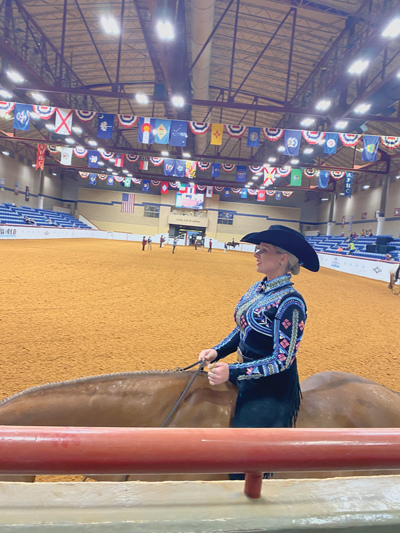 Because of continuing uncertainty over COVID-19, the ApHC Board of Directors reluctantly withdrew from its contract to hold the 2021 National & World Championship Appaloosa Youth Shows in Indianapolis, Indiana.  ApHC President Ken Johnson said the search will begin immediately to find an alternative site for next year’s show.

Under terms of its contract, the ApHC had until November 30 to “opt out” or run the risk of being forced to pay liquidated damages ranging from $46,250 to $138,750 if the club had to cancel the show for any reason.

“We want to thank officials at the Indiana State Fairgrounds for all of their hard work, but the risks associated with COVID-19 are just too great to ignore,” Johnson said. “We tried unsuccessfully to get the ‘opt-out’ clause extended until next year, so we’d have a better idea of what impact COVID-19 might have on our show, but we were informed this week that terms of the contract would be strictly enforced. That left us with few options.”

Additionally, Johnson said, there were concerns that cattle classes would have to be held at another facility because of a shortage of space to house 150-200 head of cattle, incurring added expenses.

“I’m committed, and so is a majority of our Board members, to come up with an alternative site for 2021,” Johnson said.” It won’t be easy, but we are going work tirelessly toward that end. In fact, that process has already started.”

The Appaloosa Horse Club (ApHC) was established in 1938 with a mission of preserving, promoting and enhancing the Appaloosa breed. The ApHC has since registered more than 700,000 Appaloosas, which are known for their distinctive color, intelligence and even temperament. True to their reputation as an extremely versatile breed, Appaloosas can be found in nearly every discipline including racing, endurance riding and serving as reliable family horses. The international breed registry is headquartered in Moscow, Idaho, the heart of the Palouse region—the Appaloosa breed’s namesake and point of origin.