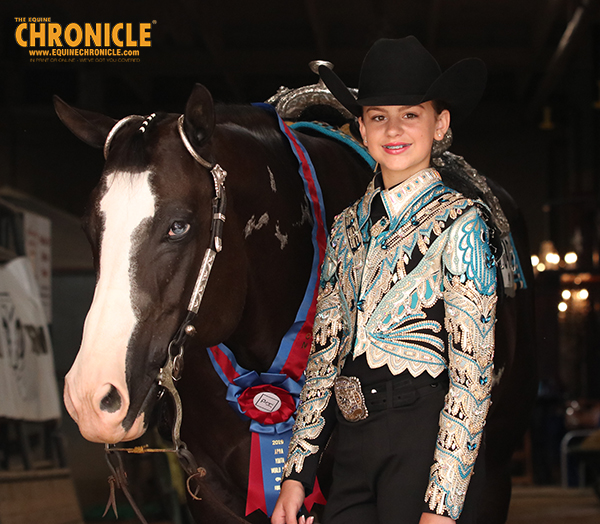 Today is Trail day at the 2019 APHA Youth World Show and a few World Champions have already been named. First, Cara Christensen rode Optimized to win Novice Youth Trail 13 & Under. The Reserve Champion was Kaylynn Heitman with Hunting Blue Skies. Third was Avery Mortman with Hes Just A Touch More. Fourth was Macey Lovelace with Izzy Charlie. Fifth was Blair Rozas with Amississippisensation.

Cara has been having a great Youth World Show in her first year of 13 and under competition. Her partner for today’s Trail class was her 11-year-old black and white mare, Optimized, aka “Oprah.” Earlier in the show, Cara and Oprah were Reserve in Performance Halter Mares. Cara was also Reserve in Aged Geldings with Mr Swartznager and won 13 and Under Western Riding with Slightly Fancy. She competes with all these horses under the guidance of her father and uncle.

“They told me today that I needed to make sure that I didn’t let Oprah dive in when I was loping and that I kept my head up when I was doing to the next obstacle. She’s really good at paying attention to where you’re steering and trotting over poles.” 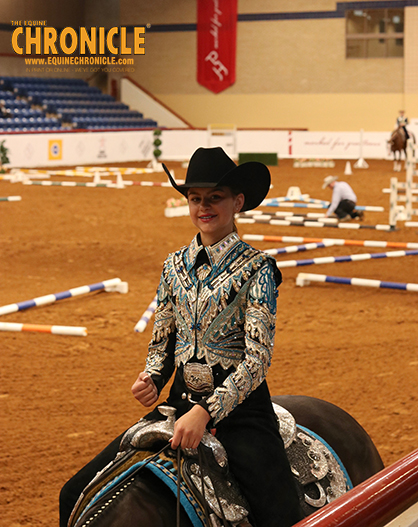 “She loves to be the attention grabber, and she loves treats. When I give her a treat, she will push the door back open to get another one. She loves people.”

Coming up next, Cara and Oprah will compete in Horsemanship and Western Pleasure, which are her two favorite classes. One day, she wants to be able to win the youth all-around at the Youth World.

Then, it was Kaylynn’s turn in the spotlight when she rode Hunting Blue Skies to win 13 and Under Trail. The Reserve Champion was Kinzie Cobbs with Whatcha Expect. Third was Ady Kallay with Gotta Be Sensational. Fourth was Cara Christensen with Slightly Fancy. Fifth was Lauren Lauver with Sensational Bandita. 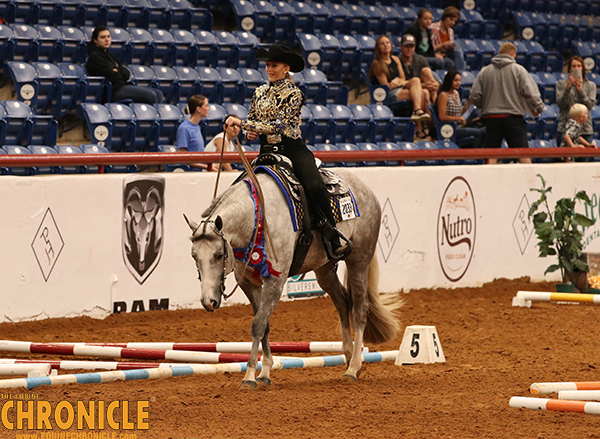 Kaylynn and “Sky” have been a team for one year, but they’ve only been with their trainers, Wade and Carly Parks, for three weeks. “During that time, I’ve learned so much about Trail and how to have better body position in Showmanship.”

In today’s pattern, Kaylynn thinks she gained some bonus points during the lope-overs and box and bridge sections. “I think my first lope-over was the best part of my pattern. I hit my right amount of strides, and it was easy to flow over. I was happy with the serpentine, but it could’ve been a little better. Then, we went into he box, and I was happy because we didn’t hit any of the bridge poles and got the right footing, which we’ve been working on forever. The trot overs is where we had one penalty tick, and I think it’s because I was too slow and needed to push a little bit. Our right lead lope-overs were another really good part of the pattern.” 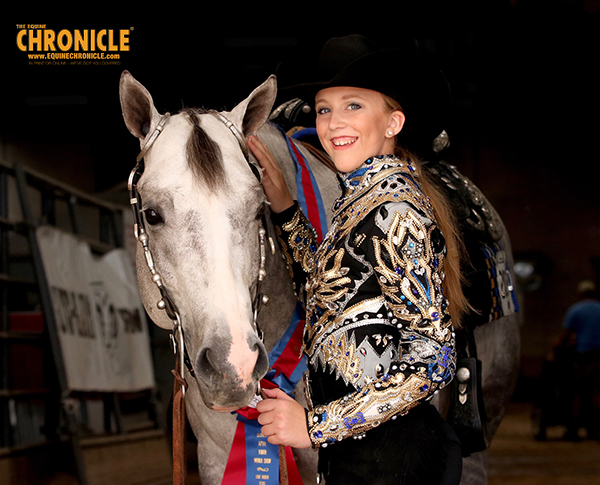 Kaylynn believes Sky is often rewarded by the judges in Trail because of her try and smooth movement. “I think she tries really hard to go over the poles and she lifts really high. I can feel that when I ride her. Also, she’s a good mover, so that helps.”

Stay tuned to EquineChronicle.com to find out who else will be crowned World Champions at the show today. 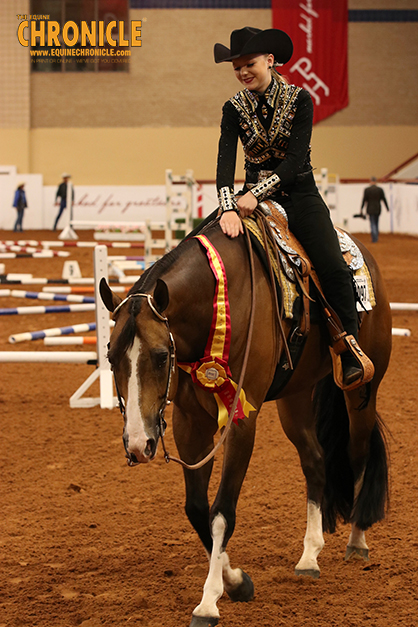 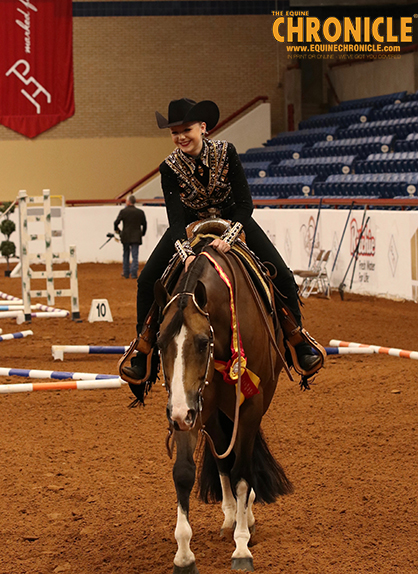 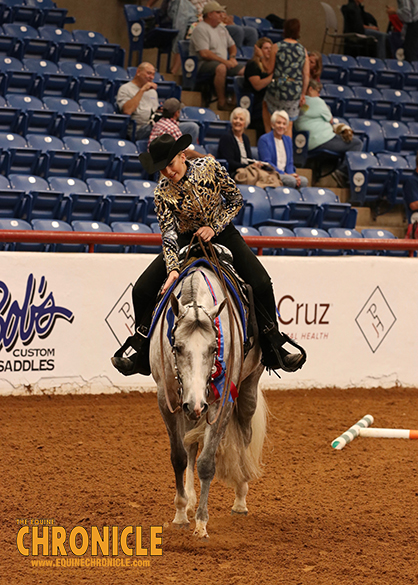 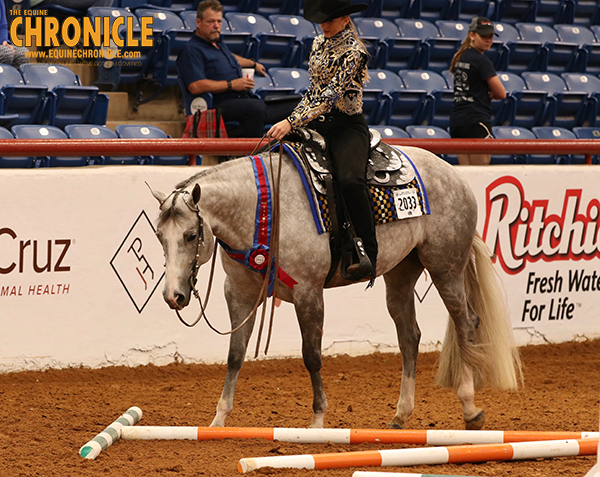