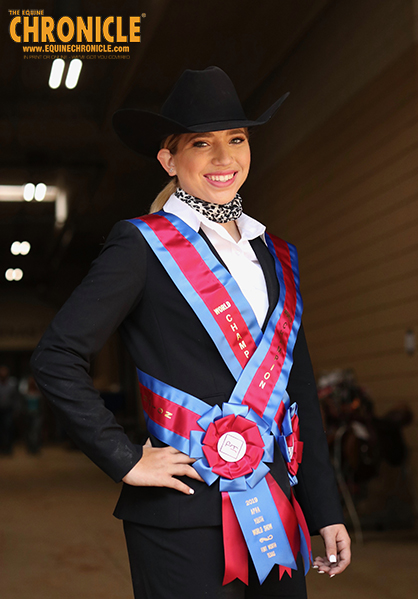 To kick off today’s Halter classes at the APHA Youth World Show, Avery Rees and Platinum Cowgirl won their second World Championship of the show in Performance Halter Mares. Just yesterday, they won 14-18 Novice Youth Hunter Under Saddle. The Reserve Champion in Performance Halter Mares was Cara Christensen with Optimized. Third was Ella Storch with Especially Lazy. Fourth was Angel Baer with First N Only. Fifth was Kaylynn Heitman with Hunting Blue Skies.

16-year-old Avery and her 4-year-old, gray mare “Taya,” have been a pair for just two years now, but they’ve become quite a team already under the guidance of Simons Show Horses. To be a relatively young horse, at just four years old, Taya is already well on her way to becoming an excellent, all-around partner as she’s quickly learning more classes. “We just have Western Pleasure and Showmanship left to compete in here at the show, but we will eventually be adding all the pattern classes. My favorite class is Hunter Under Saddle, because it’s so floaty and smooth. I like Western Pleasure, but it’s a lot more stressful for me.”

“She’s a very pretty color, so I feel like she stands out to the judges. Also, I feel like she has very good balance, a good back, and a pretty head. She’s a true performance horse. Even before they had performance halter, she did really well in regular Halter classes too.” 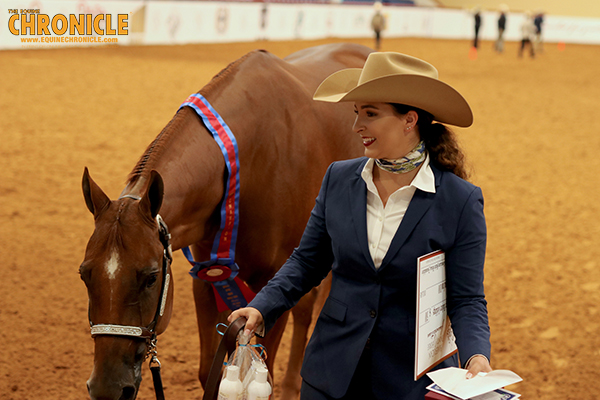 Avery describes Taya as an “old soul” who’s very eager to please, never spooks, and is practically perfect. The striking gray mare is by The Original Cowboy and out of Ms Silver Sensation. Looking to the future, Avery has some big goals. “I’ve always wanted to win Western Pleasure and Showmanship too. I basically want to get a buckle in every class! Last year, it was my first time doing Hunter Under Saddle, and I was fifth in Novice, and I didn’t make the finals in the regular class, so it was really cool to see the improvement how I won the Novice and got fourth in the regular class this year.”

Rebecca Figueroa and Check Required repeated their win from the 2018 Youth World with another World Championship in Performance Halter Geldings this year. The Reserve Champion was Samantha Stubblefield with Even More Sensational. Third was Amanda Nelson with Mr Verifiable. Fourth was Gracie Harms with Candy Confidential. Fifth was Cara Christensen with Suit N The Sensation. 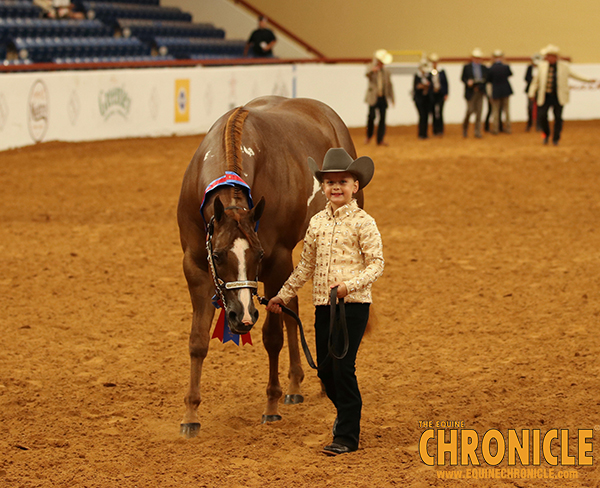 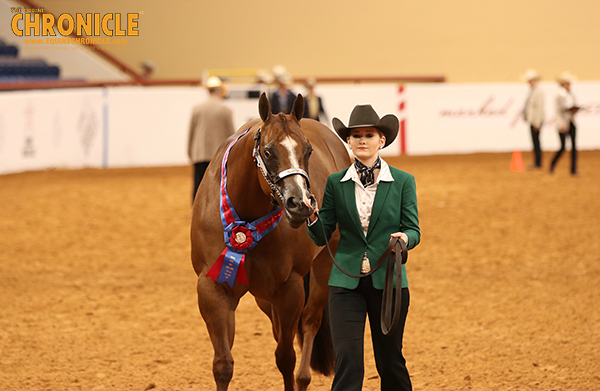 8-year-old Georgia Cook racked up two titles today- one World and one Reserve with Shes Stylish and Red Hot N Stylish. If forced to choose her favorite, Georgia says she simply can’t pick between the two. “Gracie is smaller and Jade is bigger, so Gracie is a little easier for me to show.” 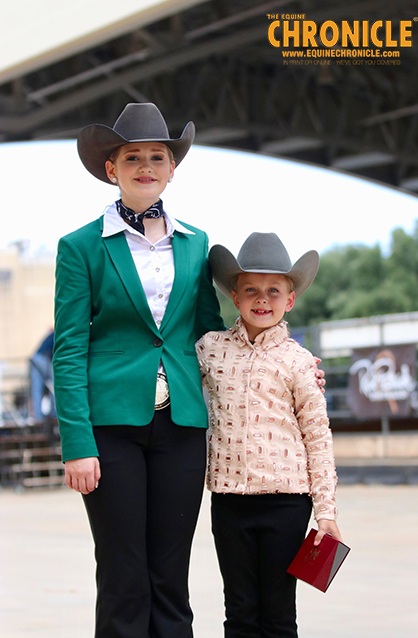 It just happened to be Georgia’s birthday yesterday, so her well-timed success here at the Youth World is a wonderful birthday present. What does she plan to do to celebrate? “I’m going to the Big A!”

Georgia shared her success with a fellow barn mate, 13-year-old Erin Wright, who won 3-Year-Old Geldings with Hes That Excellent and Aged Mares with TNR Say Grace. Both ladies compete under the guidance of Kelley Stone and Adam Wainscott of Three Nails Ranch.

Christian Britt is more of an AQHA man, so this is his first trip to the APHA Youth World Show to compete with his 4-year-old gelding, Grandioso. Both Christian’s father and Mitch Leonarski assist in the fitting of the impressive gelding by Mr Imprint and out of an Execute mare. “I like his size and his musculature. He’s also got a good head and neck,” Christian says.

Grandioso is double registered, so he will also be going to the AQHA Youth World Show this year, along with Christian’s AQHA aged mare, Nuggets N Lace.

Stay tuned to EquineChronicle.com for more photos and interviews from the APHA Youth World Show. 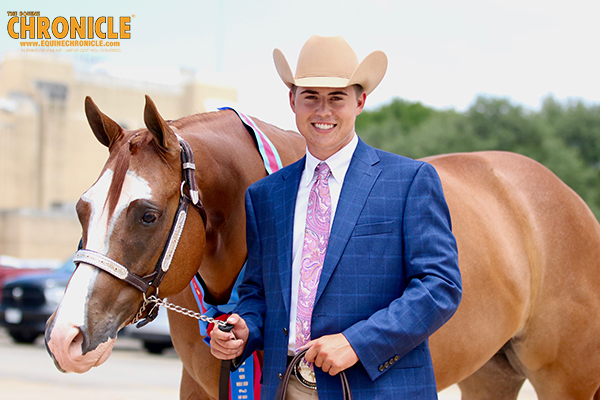