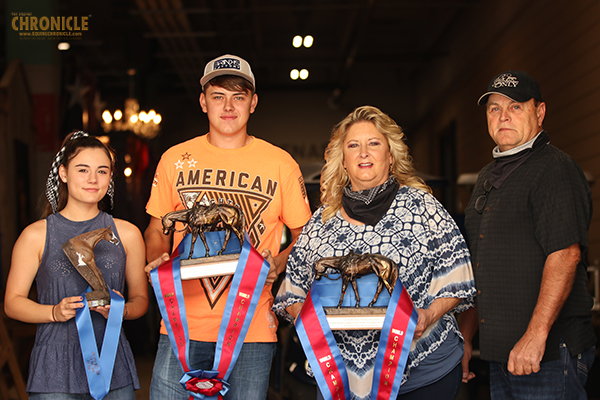 Hello Fort Worth! It’s time for the APHA World Championship Show, and The Equine Chronicle is here to cover all the excitement with winner’s interviews, videos, photos, and live results on social media. A number of World Champions have already been crowned at the show thus far and a lot of them are first-time competitors.

“My big goal was the NSBA World Show, so all the pressure was off after that, and I’m just having fun here,” Chase says.

Chase and Refleet, by Fleet Machine and out of a daughter of Zippo Can Do, will also show in the Non Pro Maturity at the end of the horse show. Clearly, Chase is a Western Pleasure specialist, but he would like to start competing in Western Riding soon.

“Sara, Alicia, and Danny have taught me everything I know about how to ride in Western Pleasure,” he says. “They’ve taught me to sit better, ride better, and use my feet better on a horse. Before I went in, they said, ‘smile, relax, and don’t mess it up!’ This horse has an amazing jog and lope. You look at it, and it makes you smile every single time.” 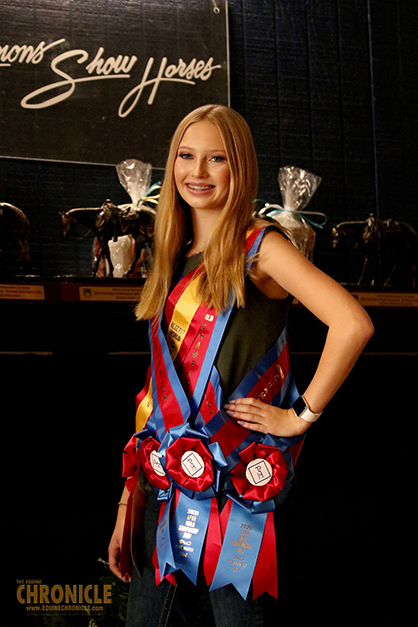 Mara and “Rodney” have been a team for about a year now, and she describes her 16-year-old partner as a kind boy with a bit of spunk. “I really like showing him in Western Pleasure,” she says. “The way he moves… I don’t know how to describe it other than being majestic. I think that gives us a high score in Western Pleasure. In this class, I just get in the zone, I sit pretty, and I know that I can do it. It comes very naturally to me, and I find it very enjoyable.”

Given that this was also Mara’s first World Show, she was understandably nervous. “I just wanted place in a class! I went to Sara’s barn for boot camp, so I felt good about my patterns. I think she has taught me a lot about my body. My position has changed so much in how I compose myself, because I was a very different rider before I came to Sara. She is very much interested in looking the part and showing confidence.”

Mara has big goals for the future. One day, she would like to be named the number one youth in the nation. 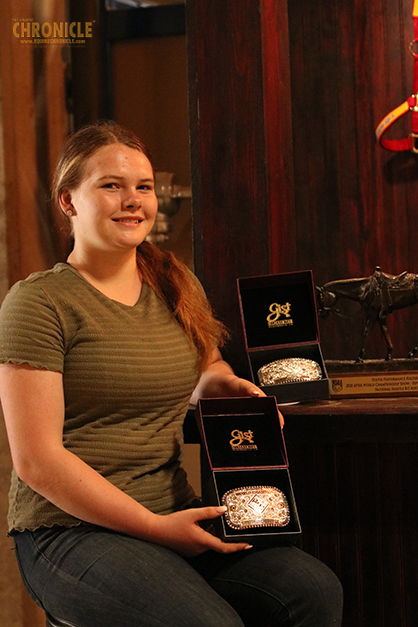 Siena Holyoak led her horse, Candy Confidential, to win Performance Halter Geldings. Siena and “Finn” compete under the guidance of Tim and Shannon Gillespie. 16-year-old Siena and 5-year-old Finn are quite the all-around team, competing in numerous classes. She describes him as a big, goofy guy with a lot of personality. In addition to her win with Finn, she rode her other horse, Pleasure Power to be named Reserve in 18 and Under Horsemanship.

“My favorite classes are Showmanship and Trail, because they take a lot of practice to become good at. Also, I like how competitive it is here at the horse show.” 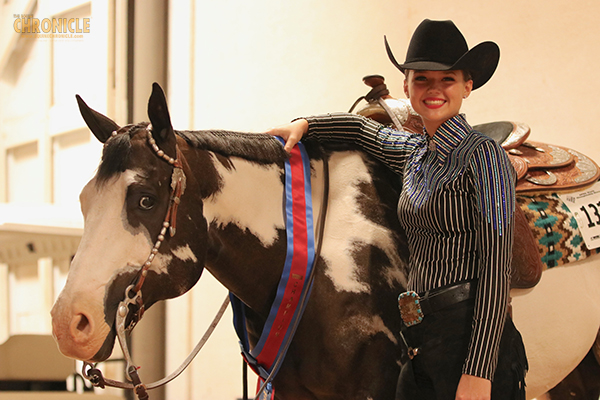 In her first World Show appearance, Julia Woulds rode Uneeda Painted Rebel to win 13 and Under Trail. 14-year-old Julia and 18-year-old “Shady” compete under the guidance of Peyton Weldon.

Julia was very pleased with the lope-over portion of her pattern, although she did have a slight tick. “In the triangle lope-over, I did have a tick, and I thought that might be a big penalty. But I thought that if I plussed everything else that it would cancel out.”

This team also placed seventh in Novice Youth 13 and Under Horsemanship and will compete in Equitation next.

Cara Christenen rode her horse, Its All Bhindthe Zipr, to win 13 and Under Western Riding. 13-year-old Cara received 16-year-old “Theo” as a Christmas present last year, and she was very surprised, because she already had an all-around horse in Optimized, a mare she has shown for the past three years. Now, with two excellent partners, she has to pick and choose which classes she will show each horse in.

“I started off the year in Arizona showing Theo in Western Riding, Trail, and Hunter Under Saddle,” she says. “I love to change leads on him, because he is so fun and smooth. I think he knows he’s doing a really good job when he’s changing leads, because he tries really hard.” 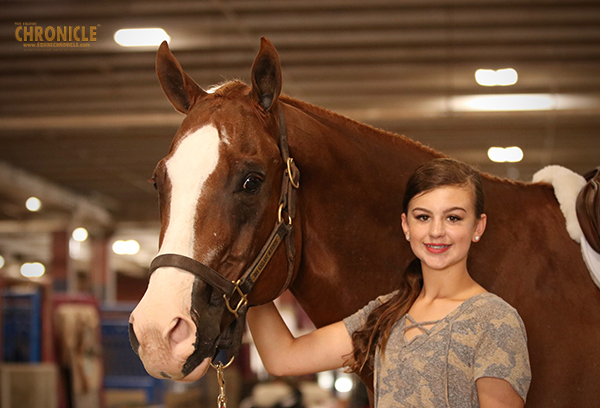 Cara says Theo is a really funny guy who loves his treats. “He likes to make this noise with his mouth that I cannot describe, and he loves treats. He will eat pretty much anything!”

Cara and Theo compete under the tutelage of her father and uncle, and although it can be hard sometimes competing with family, Cara is grateful. “I love my dad and Shane being my trainers. I think it also makes me want to be better, because I want to make them proud. For Western Riding, they told me that I needed to take my time and make sure I’m counting my strides on the line so I’m not too late and not too early. Also, I needed to relax and let Theo do his thing. I though he was really good, and I was very happy.”

Cara’s ultimate goal is to win Horsemanship and Showmanship.

Stay tuned to EquineChronicle.com for more coverage of the APHA World Championship Show here in Texas.