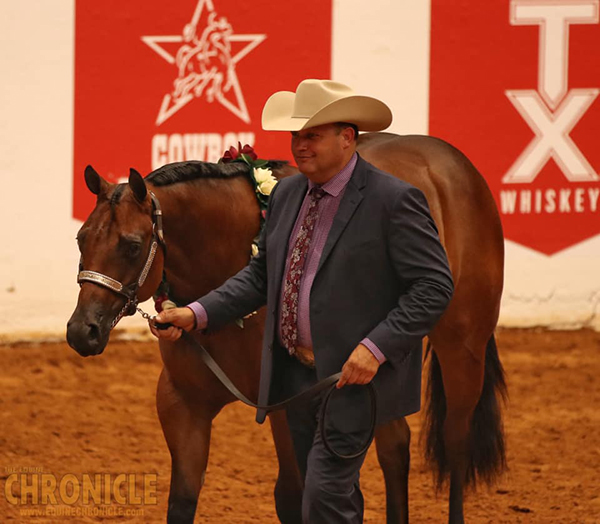 Mark Neibrugge kicked off this afternoon’s classes at the APHA World Show by winning the WCHA Big Money Non Pro Yearling Mares with Sheza Cool Secret. Reserve was Victoria Holt with Queen Of Cool. Third was Ricky Holt with She Wears It Well. Fourth was Chris Page with Talk To My Agent. Fifth was Cara McMillian Gibson with Rose A All Day.

Mark discovered this filly in a field in March of this year and with her fancy looks and impressive pedigree, he decided he had to have her. “She’s an awfully nice filly just to be around. Not only is she the most correct around filly you will find, but her disposition and want to show take her a long way. She’s by I Gotta Cool Secret and out of a daughter of Mr Touchdown Kid. Her Grandam is by Mr Elusive, so she is purple bred.” 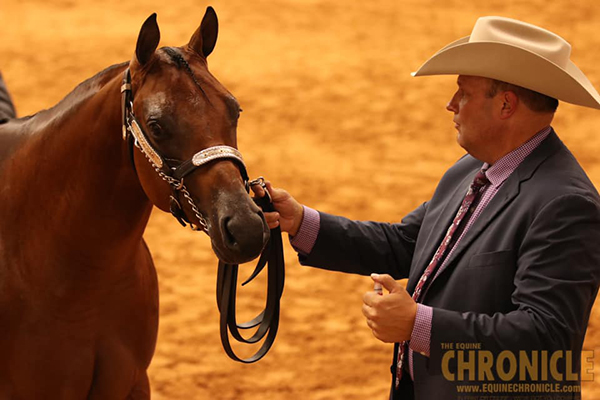 At the recent AQHA Youth World Show, Mark’s daughter, Audrey, led the mare to a World Championship title. Today, Mark was presented with $5,241 for his win.

When asked what he likes most about this mare, Mark is full of glowing praise. “She has the most beautiful back with a topline that ties everything together. Her shoulder is beautiful and she has a really high neck. She’s very correct.” 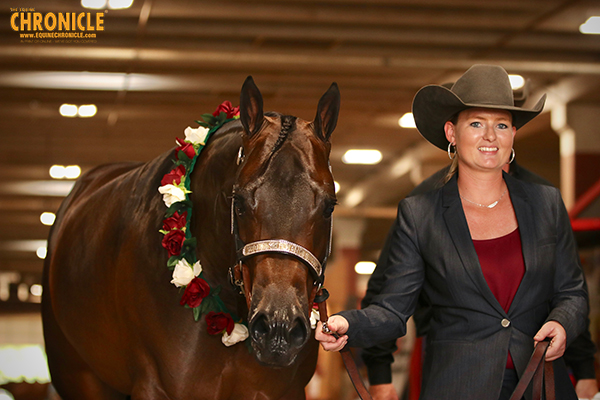 “Mackenzie” is by Heza Secret Agent and out of Allure Of An Angel. Since this mare is in training with John Shepard in Delaware, and Katie lives in California, she doesn’t get to practice much. That’s why they came to the WCHA Futurity/APHA World, in order to practice for the AQHA World later this year.

“She’s very exotic looking,” Katie says. “She stands out because she’s so pretty. She’s great backed, has a pretty head, and is a pretty color. There is not a whole lot you can find wrong with her.” 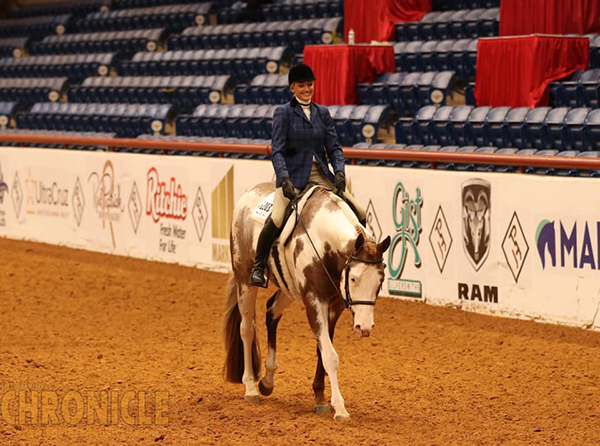 In the Breeders Non Pro 3-Year-Old Hunter Under Saddle, Allie Littlefield took the win with All Time Vandal. Reserve was Laura Bracken with Hors Sophisticated. Third was Alexis Miller with On The Count Of Three. Fourth was Laura Rogers with Real Fancy Factor.

Allie’s 3-year-old stallion, “Graffiti,” is by All Time Fancy and out of daughter of Red Charisma. She purchased him as a weanling and has showed him every year at the APHA World Show. He won this class last year, as a two-year-old, and together both class payouts have equaled $15,00 in winnings.

Although this big stallion is 17 hands, Allie says she often forgets that he’s a stud. “He’s great minded. You have to push the whole time you’re showing him, which is may favorite style. He’s a great trotter. He’s just great all around.”

“He’s like a gelding. Actually, I probably put him in spots I shouldn’t because I don’t think of him as a stallion. That probably makes my trainer [Keith Miller] a little nervous!”

However, he is definitely as stallion, as he has 25 babies coming next year. “I think he’ going to pass on his slow legs, mind, and color. We’re definitely advocates of color.” 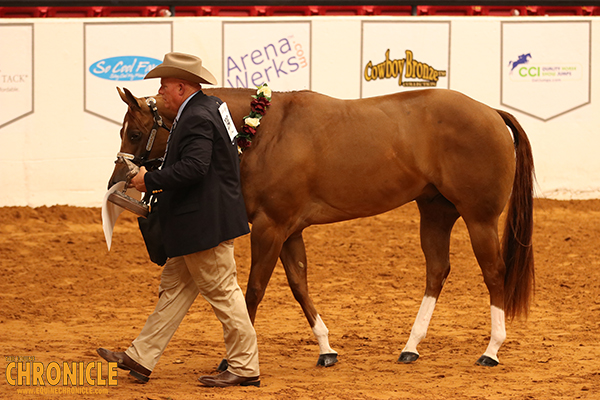 The winner of the WCHA Big Money Futurity 2-Year-Old Geldings was Scott Carroll with So So Secretive. Reserve was Angie Watts Schmeck with Impressionz. Third was Long Smallwood with Xtravagance. Fourth was Susan Drawdy with Grace Always. Fifth was Gretchen Jackson with Lego My Ego.

Scott purchased this gelding as a weanling. He’s by Heza Secret Agent and out of a Kid Coolsified mare. This is Scott’s first time showing at the WCHA Futurity and APHA World Show, and he’s having a great time so far, because he was just presented with a $2,571 check for 30 minutes of work!

“I think he’s beautiful. He’s great backed and he looks like a stud, really. He’s a bit [feisty] for me. But he’s always great for my daughter. She is coming to show him on Sunday. Then, I will show him at the AQHA World in select and my wife will show in amateur.” 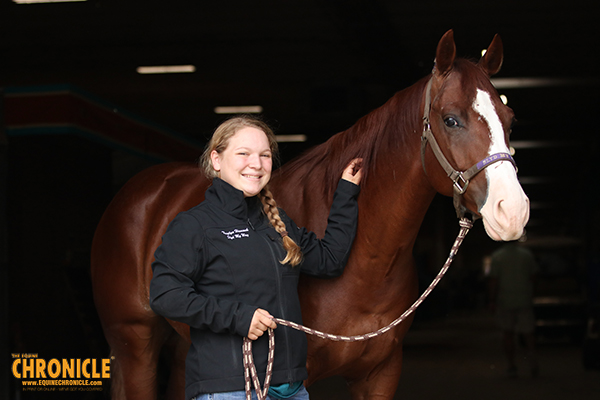 Treylyn Hancock rode her 4-year-old gelding, Slyd My Way, aka “Slick,” to win Youth Limited Working Cow Horse, but her most notable accomplishment at the show was being named the Reserve Champion in Open Ranch Pleasure, as the only youth rider in the class! Trelyn is only fifteen and will be celebrating her sixteenth birthday tomorrow. She’s been competing at the World Show since she was just five years old.

“We got Slick in the beginning of January and the reason we got him is that my other horse, his half brother, died. The people who had him said there was this horse they wanted me to come try out and, when I walked into his stall, he put his head in my lap, and I knew that was the one to get. It was pretty cool.”

Was it intimidating to be competing in the Open Ranch Pleasure with all those trainers? “It was a little intimidating, but I tried not to think about it, because I would start freaking out and I don’t need that!”