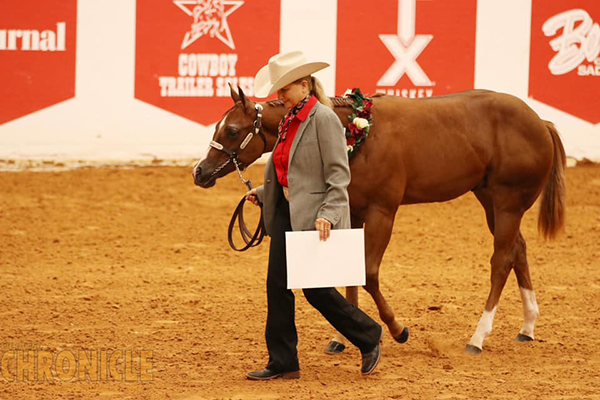 “He’s a homegrown baby,” Karry says. “We foaled him out of our stud, Secret Gunfighter, and our mare, One Classy Diva. The minute he dropped to the ground, my husband said, ‘There it is.’ He’s N/N and double PSSM, so he brings a lot to the table. Where do you fault him? He’s got a lot of stuff. Chris [Arentsen] says ‘a lot of puddin.’ He’s been balanced and growing even since the day he was born. He’s been sold after this show, but we can’t keep them all. We have a full sibling coming.”

This pair took home $3,367 for their win. Later on in the show, this colt will be shown in open classes by Tim Finkenbinder. 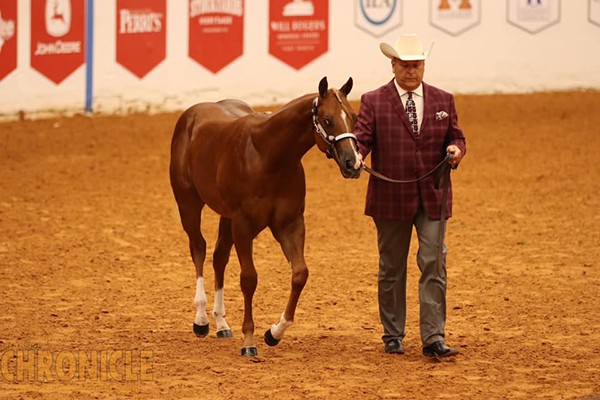 Jason Smith located this My Intention-bred colt for Greg and GiGi, and they immediately sent him to Jimmie Hardin for training. “She’s a miracle worker,” Greg says. Because Greg and GiGi are big fans of rodeo events, they decided to name this colt “Hooey.” A hooey is a tie down knot that a roper uses to secure a calf. “We watch the rodeo all the time and sometimes the announcer will say, ‘You’d better watch that hooey!’ We thought it would be a good name for a horse.” 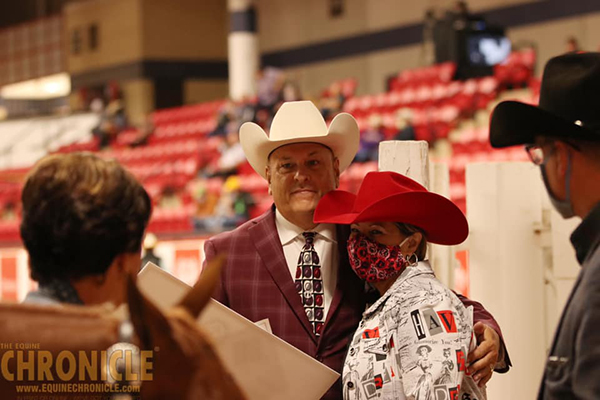 In addition to his fun nickname, Greg also loves this colt’s vibrant color. “His color really doesn’t have much to do with his confirmation, but I think he’s the prettiest color. I always associate things with food for some reason and when they sent me a photo of him, I thought he looked just like caramel cake with that flaxen and and tail!”

Greg and Hooey drew the last spot in the working order today, so they were pushed to the back of the arena in a less than desirable location. “That’s a tough spot, because they hear things above them, and there was a door that slammed about the time we got back there. But he tried to calm down. I talk to all of my horses, and I kept telling him that we were going to be friends today. Sometimes, circumstances happen and you have to roll with it. It was a make it work moment, as you say.” 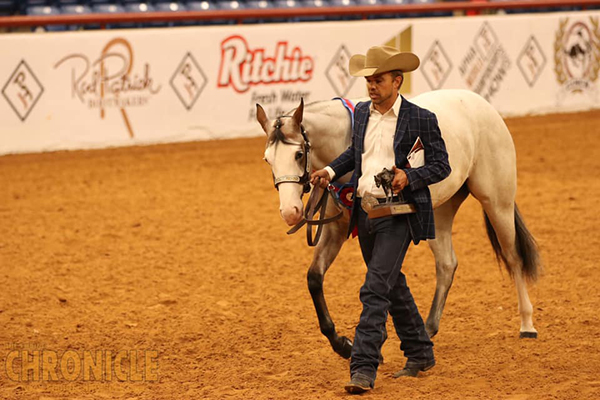 In the Yearling Longe Line, Wade Parks led Schoka Locka Lazy to a win for Patty Cerio. Reserve was Sara Simons with I’m Slow Blue. Third was Calli Rouse with My Sweetest Loper. Fourth was Scott Suggs with Best Lopin Legend. Fifth was Andrea Simons with Call My Sugar Daddy. 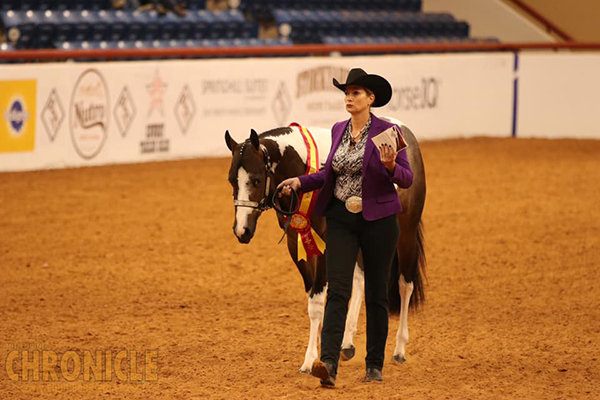 “Kena” is by Lopin Lazy and out of Sensational Sienna, by Zippos Sensation. Over the years, Wade has had the opportunity to show plenty of Lopin Lazy’s offspring. He even rode the stallion for several years for his owner, Patti Cerio. “I showed Lopin Lazy for Patti for several years before he went to the breeding shed,” he says. “We’ve had a some great Longe Liners so far. It’s a lot of fun.”

Admittedly, Longe Line is not Wade’s favorite disciplines. He’s more of a Western Pleasure kind of guy. But he’s excited for when he gets to start this filly under saddle.

“She’s pretty, good minded, and is honest about things. If she’s fresh, she will show you. She won’t hide it. She shows really well and acts behaved.”

“I showed her at the NSBA World and didn’t have as quite as good of a trip as I wanted. Today was just a good run. She has a lot of things I like. She jogs really good and when she lopes off she stands up in her shoulder so well. She opens her front leg and stays pretty balanced through everything.” 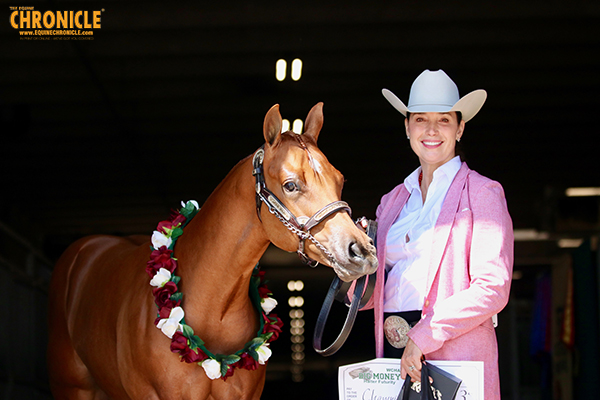 In the WCHA Big Money Non Pro Senior Weanling Colts, the tear-filled winner was Susan Voegele with Amazing. Reserve was Sherri Baker with Bullet Proof Secret. Third and also the Color Champion was Adam Matthews with FG Totally A Legacy.

Susan’s colt was bred by Jimmie Hardin. He is by My Intention and out of a I Gotta Cool Secret mare. She purchased him just a few months ago and won $13,000 at the recent Breeders Halter Futurity. Today, this team won $5,413.

“When he was born, there was a robin bird in his stall, so Jimmie named him Robin,” she says. “He’s the best minded and prettiest colt. He’s so fun to show. It was just a blast.”

“He’s a February 2nd baby, so he’s good sized. What I like best about him is that he’s really breedy, he’s very pretty, and he has a beautiful head, neck, and topline. He looks like he will have a great future and keep getting better every year.”