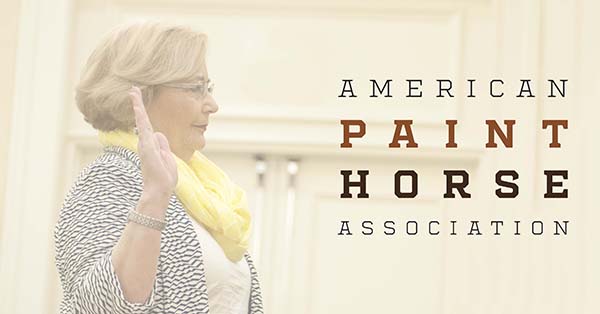 APHA is accepting national director nominations from regional clubs and individuals through August 15—any APHA member in good standing can be nominated as a national director. If elected, national directors serve a three-year term (2020–2022) and are asked to vote on rule change proposals and other matters of importance to the association in the best interest of their representative area.

Nomination is easy—simply fill out the form at apha.com/association/directors. Individual nominees must provide signatures of endorsements from five current APHA members in good standing. All nominees must submit a resume and photograph before their nomination will be considered.

The Directors’ Nominating Committee checks memberships, verifies past attendance requirements and prepares voting ballots for each of area across the United States, Canada and international countries where APHA members reside.

The deadline for nominations is August 15, 2019; the 2019 election begins September 15, 2019—ballots will be sent via email to all current APHA members, (list of members generated as of September 1).

Questions about the election or nomination process? Email Theresa Brown at tbrown@apha.com.