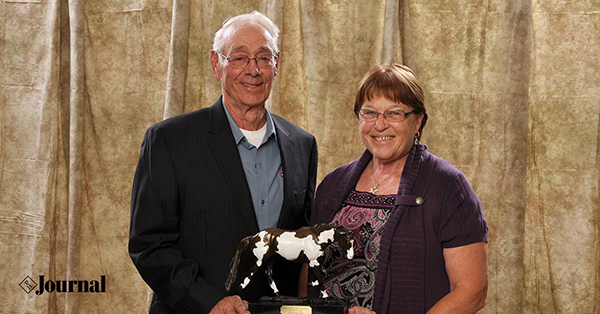 Born September 18, 1939, to Ernest and Lorraine (Crouch) Brunner, Ralph married his wife, Barbara, on October 3, 1964. Together, they carved out an agricultural-centric life, raising and showing dairy cattle and Paint Horses with their family.

In the mid-1960s, the Brunners acquired J Bar Junior, a Paint stallion who went on to win a 1969 national championship at halter and earned his APHA Champion title in 1970; J Bar Junior became a noted APHA sire, as well. The Brunners were instrumental in developing the Wisconsin Paint Horse Club and supported the developing Paint Horse market throughout the Midwest for more than 50 years. Ralph and Barbara were inducted into the inaugural APHA Hall of Fame class in 2012.

Survivors include his wife, Barbara; daughter Jennifer (Dave) Disch; grandchildren Brittany and Carsyn Disch; nieces and nephews. He was preceded in death by his parents; and sister Nancy Schwartzlow. APHA extends its condolences to Ralph’s family and friends.