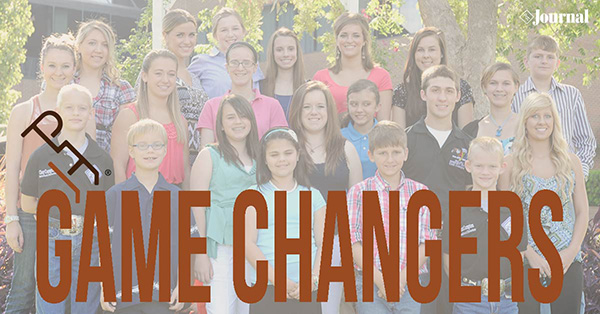 AjPHA national directors have a new way to get involved with the association’s leadership, thanks to the newly created AjPHA Game Changers program. This program allows Youth to serve as non-voting members on APHA advisory committees.

The mission of the Game Changer program is to enable AjPHA national directors to participate in APHA advisory committees and learn more about their roles in APHA. Committee leaders and members are asked to include participating Youth in all committee business, including conference calls, face-to-face meetings, polls and other items. This program was developed by the 2019 Youth Leadership Conference attendees and recently approved by the APHA Executive Committee.

To apply, Youth must be current AjPHA national directors and at least 14 years old as of January 1 of the application year.

Approved Youth will serve a one-year term (concurrent with their AjPHA national directorship term), with a maximum of two years served consecutively on a single APHA committee. A maximum of four Game Changer positions are available on each APHA committee annually.

Youth will take part in all committee communications, discussions, official business and activities except for voting.

Lack of participation can lead to dismissal from the assigned APHA committee and removal from the Game Changers program.

More details will be released at a later date regarding application and deadlines. Questions? Contact Director of Youth Activities Christine Gillett at cgillett@apha.com.