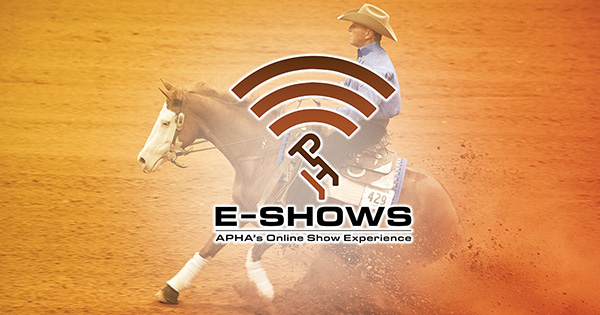 The APHA E-Show program—the association’s virtual horse show program—was developed for exhibitors who are new to showing, can’t travel to horse shows for various reasons or who just want the extra practice and judge feedback before their next show. The program was launched in March 2020, during the COVID-19 pandemic shutdown when no live shows were taking place, leaving exhibitors itching for competition. The program developed extensively over the next 10 months and is now a fixture in APHA’s programs.

A few highlights of the 2020 monthly APHA E-Shows:

View the full E-Show Schedule, including the 2021 PAC World Championship E-Show, at apha.com/showing/e-shows/. Include APHA E-Shows in your show prep routine by competing in this all breed environment with exhibitors from all over the world, and receive quality judge critiques and some tack shop spending money from the comfort of your home barn. If you have any questions about the APHA E-Show or PAC program, contact Elizabeth Lawhorn at elawhorn@apha.com or 817-222-6416.