APHA Announces Member and Club of the Year 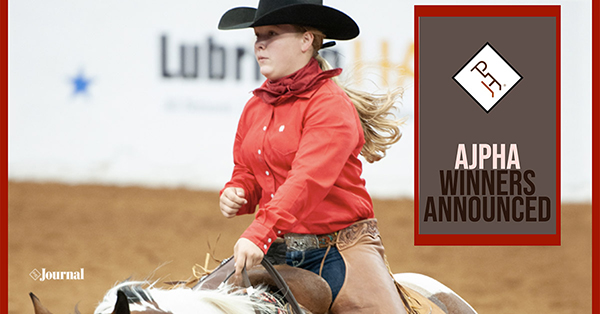 The annually awarded AjPHA Youth Member of the Year, Youth Club of the Year and From the Heart Award contests honor outstanding AjPHA participants. The contests are judged on community participation, leadership, promotion of the American Paint Horse and more, and these prestigious awards help recognize the hard work and dedication of AjPHA members. Congratulations to the following winners for 2019:

Youth Member of the Year

Treylyn Hancock of Wharton, Texas, is the 2018–2019 Youth Member of the Year—this award is presented to a well-rounded AjPHA member who stands out in terms of AjPHA and community involvement, volunteer work and leadership. Treylyn (pictured above) will receive a custom Gist Silversmiths trophy buckle and a $1,000 scholarship. Thanks for being an outstanding AjPHA member and role model to your peers and other APHA members, Treylyn!

AjPHA Club of the Year & From the Heart Award

The AjPHA Club of the Year award was created to recognize one outstanding AjPHA regional club annually, and this year’s recipient is the Garden State Paint Horse Youth Club. Clubs are evaluated on their educational and social organization, community involvement and promotion of the American Paint Horse. Members of the Garden State Paint Horse Youth Club have been diligent and dedicated in their community work and promoting APHA; the club will receive $1,000 from APHA.

Congratulation to this year’s winners—AjPHA is very proud of all applicants and the work they have done for the association as well as their community.