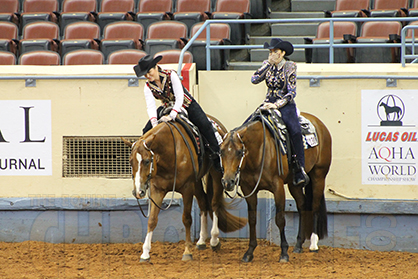 Tim Kimura’s “The Trail Man’s” course certainly put riders through their paces tonight during the Amateur Trail finals with complicated obstacles with a high degree of difficulty and plenty of raised poles. In the end, the top two spots were separated by a point and a half. Angela Wade scored a 234.5 to be named the World Champion with One Hot Drama Mama. Coming in Reserve was Hayley Saul and Putadrinkinmyhand, scoring a 233.

Third place was Cole Gower with She Made It Happen. Fourth was Caroline Gunn Rogers with So Dang Lazy. Fifth was Rebecca Ellen Wood with Im The Best Cowboy. 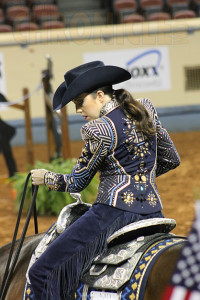 This isn’t the first time in the winner’s circle for Angela and “Peaches.” Two years ago, there were named the World Champions in the same class. To start off the pattern today, Angela was very pleased with her first trot sequence and Peaches’ ability to be patient.

“Today’s course was really all about patience and taking one thing at a time, as is Trail always, but today especially with the amount of transitions, walking, side passing, and backing. I went in there and tried to be as methodical as I could be and really take things one thing at a time, which seemed to work out well.” 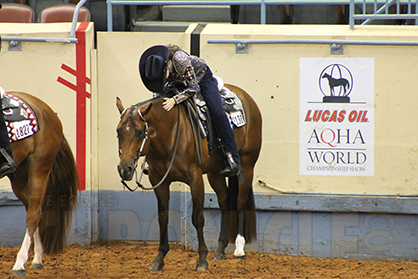 “My first trot sequence was really strong. My rhythm and my steps were exactly where I wanted them to be. I was really proud of Peaches in all of the slow work. Everything seemed to flow today.” 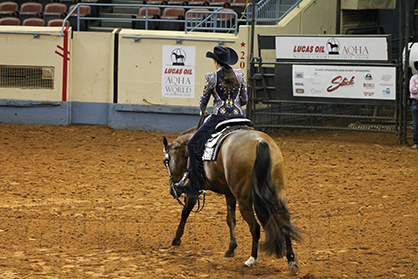 For Angela, the most complicated obstacle was the double, S-shaped back through at the conclusion of the pattern. “I tried to keep my footwork going and have patience but also consistency. Also, the walk overs at the end were so high. I was breathing and talking to her the whole way through that part. My word that I say in walk-overs is ‘here.’ I say that in combination with where I look for her foot to go.”

Angela describes Peaches as an “incredibly tough” mare who always gives 100% when it really counts. “When it comes time to show, she’s there. At the weekend horse shows she doesn’t always put forth the effort, but when you go to the World Show and it’s time for her to put forth 100 percent, she always does!” 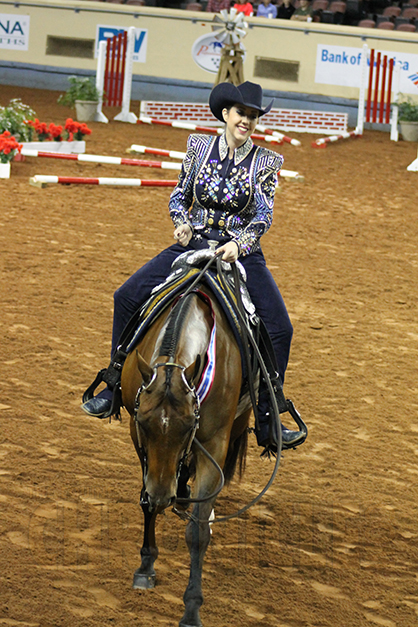 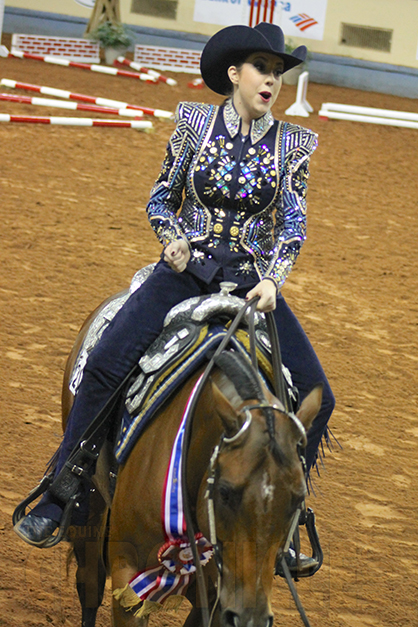 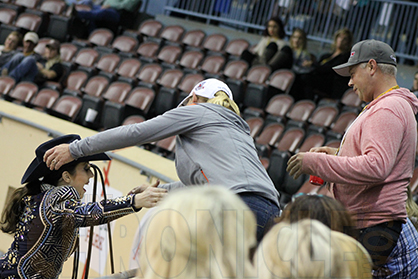 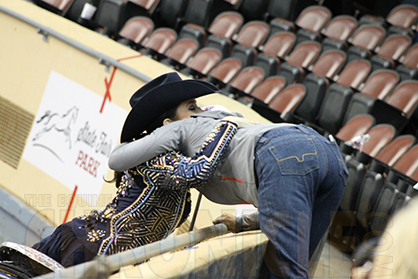