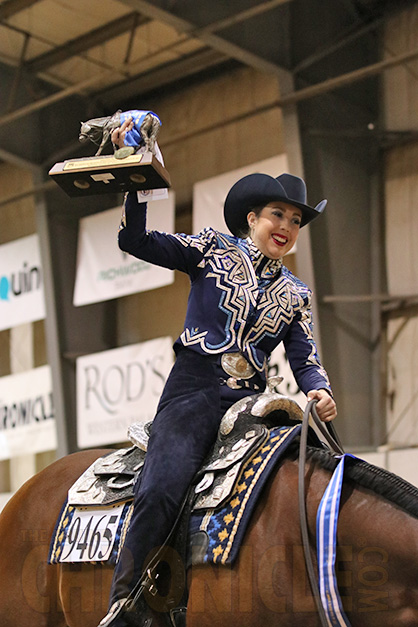 There was no drama this afternoon at the 2017 All American Quarter Horse Congress! It was clear, when the final results were tallied, that Angela Wade with One Hot Drama Mama would be named the Congress Champions in Amateur Trail with a score of 236.

“It was nerve-wracking!” she says. “I wasn’t going to count my chickens before they hatched, but she was so good today. There was only one little part I would’ve changed, but she went to every spot I asked her to go to and was right there with me the whole time.”

Angela and her 10-year-old mare, “Peaches,” have been a team for quite some time. As a result, they know each other very well and were able to work together to deliver a near flawless pattern.

“I certainly think, for all the slow aspects, that she was really good. I felt like the trot overs were very strong. There was no part where she sucked back, which she has a tendency to do. The one thing I maybe would’ve changed was the trot into the box. She’s a very seasoned Trail horse, so she has a tendency to stop early.” 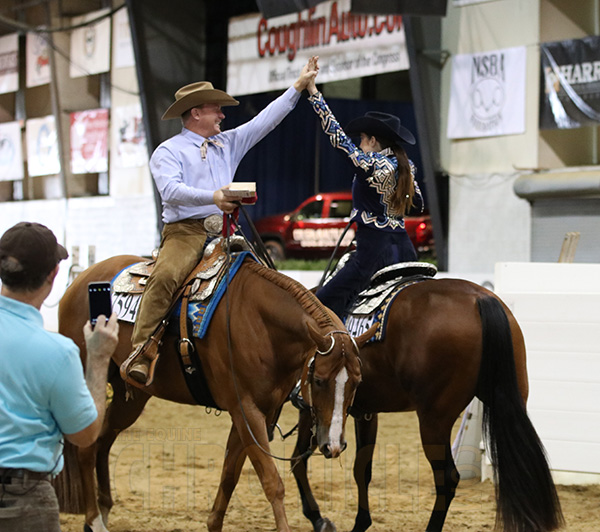 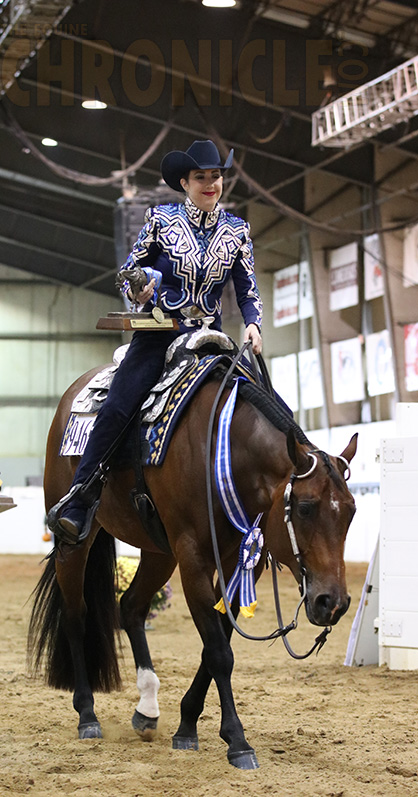 The Reserve Champion was Scott Reinartz with Investin A Goodbar. Third was Hillary Roberts with Chrome On My Zipper. Fourth was Ellee McDaniel with Ima Tuff Barpasser. Fifth was Libby Rinder with I Dance In The Dark. 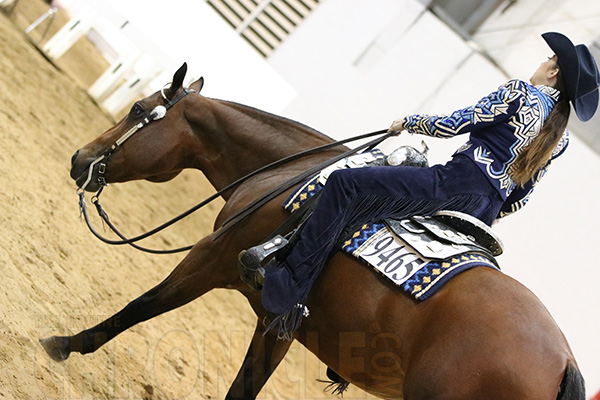