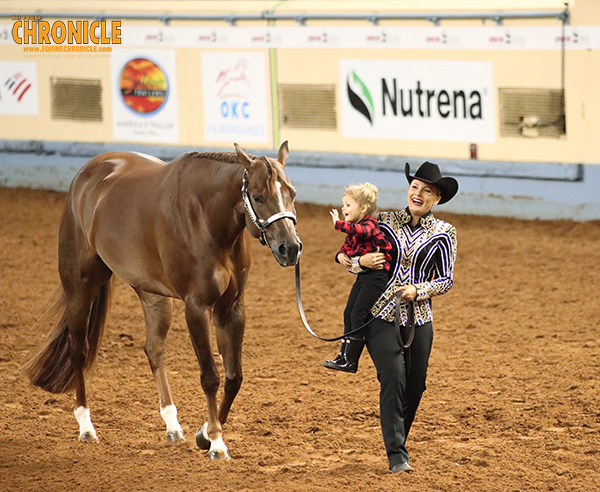 Last year, Angela Fox shocked everyone when she was named the Amateur All-Around at the AQHA World Championship Show with a then three-year-old gelding, HP The Rusty Fox. This year, they did it again, winning the coveted title at the 2019 AQHA World Show, and “Rusty” is of course, now, just four years old.

The Amateur All-Around title at the World Show is typically something that seasoned teams with plenty of years of competition under their belts strive for. Given this gelding’s young age and relatively newness to many of the events he competes in, this team’s ability to win the title is testament to both his natural talent and their strong partnership.

“Truthfully, I didn’t set out to win the Amateur All Around award either year,” Angela says. “But, I’m lucky enough that he’s pretty good at several of the classes we compete in, so that’s always part of the goal. After last year, I really wanted to start Horsemanship, because I didn’t do that last year. Also, I wanted to get even better at the individual classes we compete in together. So, the All Around award is just an amazing bonus.”

“I actually felt like he stepped it up in Horsemanship, and he’s way more broke in Showmanship. Last year, I was just hoping for the best, and this year I was able to really show him. I’m really happy with the fact that we’ve come along way in the harder pattern classes, and he’s only four, so we have tried not to throw too much at him at once.” 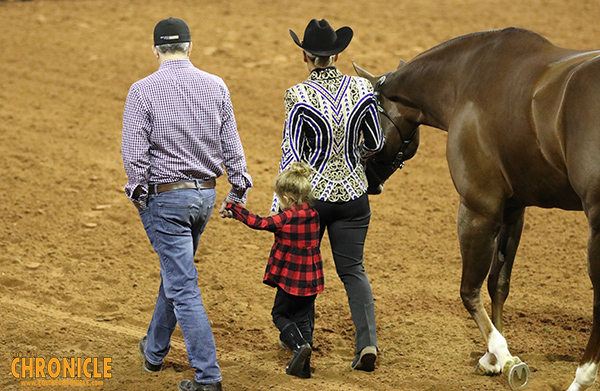 Angela and Rusty have only been a team for two years. She actually purchased the gelding after coming across his photo on Facebook. “Darren Putnam works at H&P Ranch in Arkansas, and he had put a video of another horse on Facebook to sell. I asked him what else he had that was big and pretty, and he had two, two-year-olds. Rusty was one of them. He sent me a picture and instantly I loved him.”

“There are a lot of pretty horses, but maybe you see a video, and then it doesn’t look so good. But, he didn’t even had a video of Rusty. Darren was coming to the vet in Texas from Arkansas and asked if I wanted him to bring Rusty to the ranch, which was very nice customer service! As soon as I unloaded him, and he loped off, I knew he was the horse for me. He has been such a joy from the first time I stepped on him.” 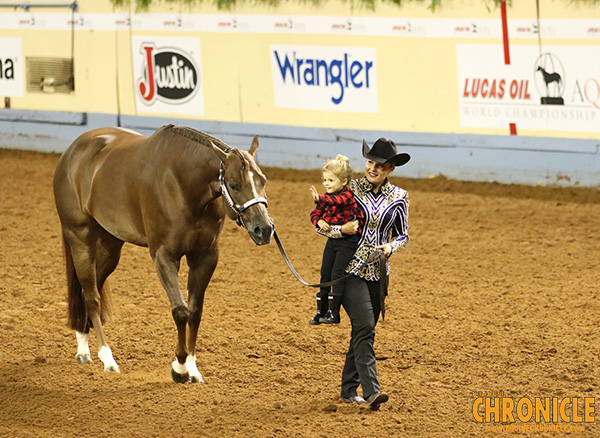 The Reserve Amateur All-Around was Whitney Vicars with Southwestern Gunman. Third was Scott Reinartz with Investin A Goodbar. Fourth was Taylor Searles with Hereicomagain. Fifth was Kaleena Weakly with Dontskipmygoodimage. 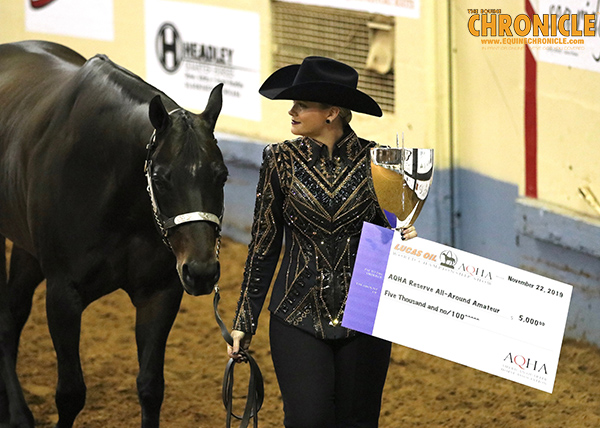